I am definitely in the Green Lantern Corps.

John Stewart is my favorite.

My first introduction was with the Justice League animated series, and that is still my favorite.

I came prepared. I built my own working Power Battery with Lantern Ring. 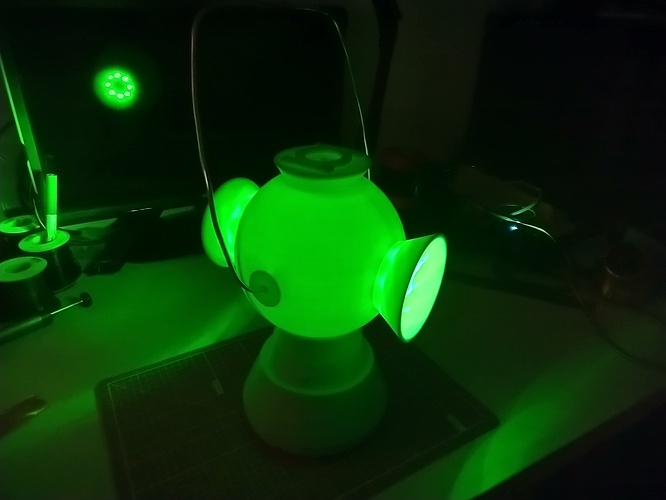 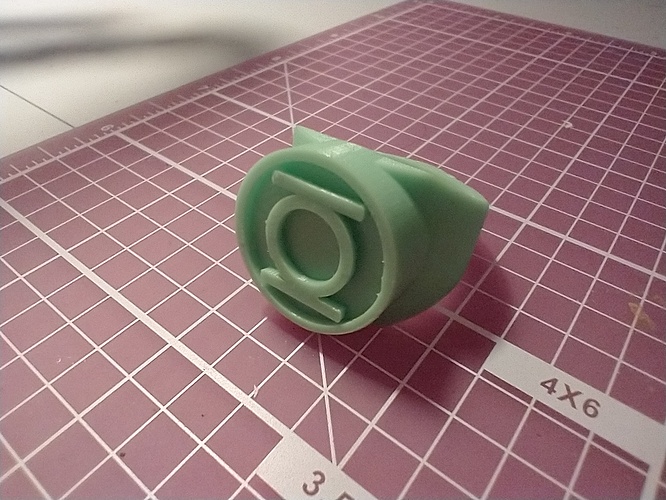 Here it is working.

What up I’m new here

What lantern corps am I in
-green or blue depends on the day
Favorite member
-Hal “Highball” Jordan
-Guy Gardner
Favorite Moments
-any power up with the oath
-any big battles or wars, they just look cool
-just started blackest night and that will prob be the fav when I finish

Hey @DefNotBruceWayne, welcome to the community! Are you certain you’re not Bruce Wayne? You look pretty similar to me.

I’m glad to hear you’re reading Blackest Night, you’ll have to share your thoughts on the storyline when you finish. We also have a thread here with some awesome polls you can take to see what Lantern Corps you align with today!

Please feel free to let the moderator team know if you need anything.

Welcome! If you’re reading through Blackest Night, feel free to follow along with our weekly readalong, of which week 1 can be found here. Currently, we are getting pretty close to the end of Brightest Day.

Which color of the spectrum would you put yourself in?
Do you have a favorite character from any of the lantern corps?
What’s your favorite instance of lantern-related movie/comic/game/tv show?

I’d put myself in the Indigo (Compassion) Lantern Corps.
My favorite character in any lantern corps is Larfleeze.
My favorite lantern-related movie/comic/game/tv show is the “Starcrossed” 3-part event in Justice League TAS.

My favorite character in any lantern corps is Larfleeze

Welcome!
Larfleeze is great. I love how obsessed he gets with Santa.

lol. i’ve only read his miniseries but its my favorite lantern story

Which color of the spectrum would you put yourself in?
Do you have a favorite character from any of the lantern corps?
What’s your favorite instance of lantern-related movie/comic/game/tv show?

For those interested, I believe this is from Justice League: Darkseid War: Green Lantern

Whichever one is for shy bookworms

Orange! Lesser orange, but still orange. And not own, but get from the library, mostly.

Every test I ever took always put me in Indigo so I would say that or Blue. 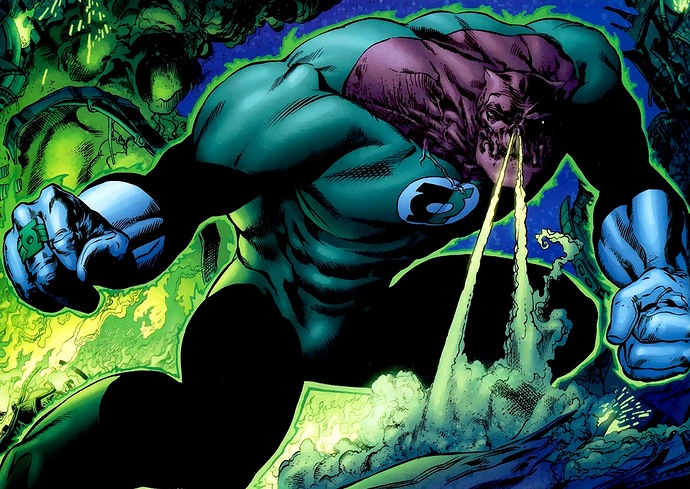 Kilowog-51280×908 400 KB
I’ve always enjoyed Kilowog in every movie and show and look forward to seeing him in the comics.

I’m going with comic and I really enjoyed when Sinestro became a green lantern again and used his power to make a second ring and gave it to Hal so they could go kick but together.

I’ve always loved green lantern (though Superman is the main man) I love the space adventures and the team aspect. Also the fact that there have been so many Green Lanterns over the year that it feels like there is a high chance that you can connect with one of the Characters.

Been a Lantern fan since Grell’s run, way back in the day (seems there’s a pattern here - my Legion intro was during his tenure on that book as well - about the same time.

The quizzes I took a few days ago put me at Blue and Yellow - talk about opposite ends of the spectrum. I can certainly see myself as Blue, though.

Favorites would have to be Mogo (an entire planet - whoever came up with that idea was brilliant) and Kilowog. Oh, even though he isn’t a corps member, throw Alan Scott in there.

Am I the only person in existence who didn’t think the Reynolds movie was quite the train wreck everybody else did? Oh, it was far from perfect, I won’t deny that. But it was friggin’ Green Lantern, and the rest of the dang corp! And while yes, a lot of them were CGI, it wasn’t an animated show! I wish we could have gotten to see Mark Strong’s Sinestro with a yellow ring, like the end credit tease promised…

And while nobody’s asking, my favorite part of any GL related storyline is during Blackest Night, where pretty much every character at some point is analyzed for which colors dictate them. Most are a mix of colors, until Krypto. Anybody who knows dogs knows that solid violet was the only color for him.

I think most of you know me. I am Mercurie80 and I have been in the community for over two years. I had thought about joining for the longest time, but I am just now getting around to it! Procrastination is one of my flaws.

Which color of the spectrum would you put yourself in?
I am definitely a Green Lantern.

Do you have a favorite character from any of the lantern corps?
Oh, that’s like asking a father to pick his favorite child! I have four favorites and it really depends upon my mood: Alan Scott, Hal Jordan, John Stewart, and Jessica Cruz. I can never make up my mind which I like best! Beyond the Green Lantern Corps, I love cats, so I really have a soft spot for Dex, despite being how vicious he can be!

What’s your favorite instance of lantern-related movie/comic/game/tv show?
I love Green Lantern: The Animated Series, as well as Justice League (John rocks in that). Again, it’s another case where I have trouble making up my mind!

My name is PrinceOfCrime and I am pretty new here. I really just started to be active on here about 2 weeks ago.
Which color of the spectrum would you put yourself in?
I would say that I am a Yellow Lantern Corps
Do you have a favorite character from any of the lantern corps?
I really like Sinestro and Hal Jordan as well as John Steward.
What’s your favorite instance of lantern-related movie/comic/game/tv show?
I really liked the animated series as well as Justice League.