It definitely works really well for the tone they’re going for, but I’d be lying if I said there wasn’t a part of me that still wants to see and hear Hoechlin say something like “Me am Bizzaro, world’s worst hero!” in full character

Hoechlin say something like “Me am Bizzaro, world’s worst hero!” in full character

Wouldn’t it be “Me am not Bizarro”? Negative means positive, right? You see, I’ve always found the comics very inconsistent with how Bizarro speak works, which can be a bit of a mind-twister when the rules seemingly change panel to panel. The show’s version of it just streamlines the whole thing.

Speaking of which, Ian Bohen’s acting with the backwards speak was brilliant.

Right, or “Me no am Bizarro.” Guess it just depends on what order the writer prefers since I’ve definitely heard all sorts of ways it manifests

I agree, that was an excellent episode and a great way to use “the Bizarros.”

I’m sure Jordan Elsass had a blast finally getting to do Super stuff.

The acting in this episode was easily the best of the whole series. And it’s only obvious because they were all playing reverse versions of themselves, but it was all so good. And that doesn’t mean their normal acting is bad, it just stood out incredibly this week.

I loved this version of the Bizarros. Great world building. Great Backstory. My only issue was that the first jump back to explain Jon-El’s background was jarring. I didn’t understand what was happening. Then when it happened the second time, it made more sense.

I loved how much Jon-El mirrored Kon here. The outfit. The 'I don’t fit into the ‘Super Family Status-Quo Vibe’. I loved it all. Right up until he betrayed them and killed a guy…

I’m sure Jordan Elsass had a blast playing this character.

I also loved how Anderson’s first instinct was ‘Shoot, I was wrong… I need to talk to Lois Lane. Even a reverse Lois can’t be evil.’ And he was right!

And Tal-Rho and Lana! Such a fun combo. But how did Lana get powers? That was never explained, right?

I’m curious to see if anyone will actually fully merge. It looked like Ally might. But will Jon? Maybe Lana? Tal-Rho? These versions could all be fascinating.

This episode was definitely worth the couple week wait. I can’t wait to see how it all plays out next week.

Bizarro world is great. Really cool they went with the cube shape. That was awesome™

Superman lost and confused trying to stop this all. You see the shock of what his family is here in some ways. Especially Jon. The the fight and that was crazy.

Lois still good even Bizarroed. Helping Anderson who was lost and instantly realized he was wrong. After finding out the truth of Supes. Is he dead?

Bizarro just went crazy. The game drugs and all lead to his look. Interesting take.

Great acting from all in this. Just crazy seeing them be so different. Great stuff. And the end fight. Very awesome™

Has Ally won? Is Superman doomed? What about Jon? All this and more Same

Also so cool with all the details in Bizarro world. The cube pool. The backwords books. Low grade tvs. Flipped colors and more. Very cool.

I was honestly confused about what was happening the first 15 to 20 minutes lol. I knew it took place in the Bizarro world but I kept wondering where in the timeline it took place in. It wasn’t until I saw Anderson show up in the episode I was like “Oh, I get it now”. Overall, solid episode.

I frigging loved this episode! It had me at the moment I saw Kandor, the giant Key and the Kryptonian Warsuit as holograms in Bizarro’s fortress. Also…square earth! Also…square billiards.

Seeing Tyler get to play a different side of Clark, especially when arguing with his Lois showed me he has some chops. Also, I liked his and Tahl’s scenes. These two on this earth are great brothers.

Seeing Jonathan get powers and basically look like my Superboy from the nineties was awesome. Anderson’s redemption was good too. It didn’t get dragged out over the span of a few episodes.

Allie basically getting what she wanted really made me hate her, so credit to the writers for that! Let’s see where this all goes.

It was an emotionally heavy moment when we saw our “real” Superman sympathizing with how Bizarro Superman treated his super son, and to see how close both are in how they reacted when their son was a disappointment. What happened on Bizarro world could easily happen with one or both of Clark and Lois’ “real” earth sons soon.

Clark’s confession was beautifully done, took me back to Season 1’s opening montage with him and Lois, just heartfelt

So cool to see Jordan continuously stepping up into his hero shoes. Such an awesome first flight moment.

Great perspective work in this episode. Fully understood where everyone’s coming from even when they’re on the opposite ends of eachother.
Really tense episode as well, kept me on my toes. 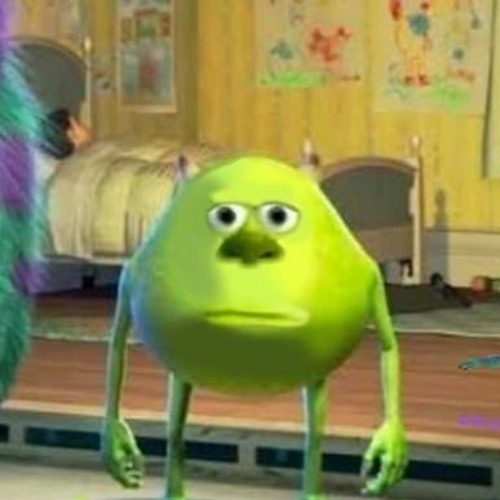 (wish it was in Bizarro time)

Oh, man this was such a good episode.

Jon vs. Jordan was fantastic. I really thought Jordan was gonna fly and he was so close. Good catch Clark. I am a bit nervous that Bizarro Jon and Tal-Rho are gonna be in a similar place but I guess we will find out what a bad idea that is later in the season.

Clark and Lana are so cute. I love how the easiest way for Clark to tell people the truth is for him to just fly. It’s visually beautifully and I just love it. I also love how the next part of this conversation is “Oh, and your alter self is super-powered and trying to come and merge with you to become a God. So, uh, please be careful.”

Also, Lois should have known what Jordan was gonna do with that letter. She never said to give it to the person she was thinking about but Jordan is a teenager and she should have known he would have thought to do that. Luckily, Sara didn’t take the letter.

But great episode. Honestly, it’s been a great season so far. Can’t wait to see what’s next.

Jon el strikes as he’s after the family. But Supes returns just in time.

Steel and Nat try to find a way to stop Ally. Leading to a fight with Super Lana. Nat saves Steel and now what’s next?

Jordan dealing with Sarah and tries but fails. But Sarah has a car now. Cool. Will they patch things up?

The fight between Jordan and Jon el was great. Very cool battle leading to his defeat.

Supes and Lana trapped as she’s save him. They the big reveal. Really well done and how nervous he was. Very great. Always liked Clark and Lana’s friendship.

How will Lana react? What’s Nat up to? What’s Ally’s next move? All this in 4 weeks Same

Another fantastic episode. Can that just be my default review every single time?

WB, please put this Clark and his family in a big budget movie. Everything is all there; you’ve pretty much figured it out. Would even make for a great case of synergy between the tv and cinema.

In a mumbling voice ala Alfred in ZSJL:
“In your dreams, moro!”

Clark Kent Tells Lana Lang His Secret!
I’m Interested Too See How This Plays Out!
Is Superman Going Too Tell the Whole World or Just His Friends!

John Has an Evil Doppleganger Running Around!
IIt Will Be Interesting Too See What They Do From Here?!
Will Any More Dopplegangers Show Up the the Other Dimension?!

Still, I Can’t Wait for the Next Episode!
Happy Mother’s Day Everybody!

Clark’s confession was beautifully done, took me back to Season 1’s opening montage with him and Lois, just heartfelt

Next thing you know, Clark and Lana get married and have twin girls XD