I am just used to it taking much longer for the logo to change. They kept the Tec logo for 5 years in the n52 (though they did sometimes change justification and italics) 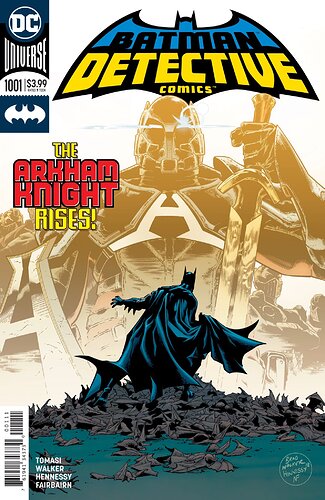 @IAmBradWalker
Revealed at #WonderCon during the #Batman panel, the new Detective Comics logo will premiere on my first issue, in two weeks! Exciting! #LongLiveTheBat

The artist on Tec did a very cool thread on the variations of the logo through the years: 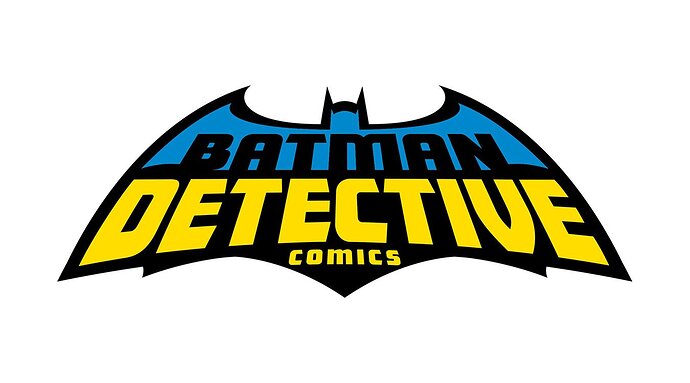 I am just used to it taking much longer for the logo to change. They kept the Tec logo for 5 years in the n52 (though they did sometimes change justification and italics)

Of course, they’re obviously changing it because of the storyline.

What Ram V is planning does sound like a bit of a departure from the usual – and that’s also why I’m so interested in it. 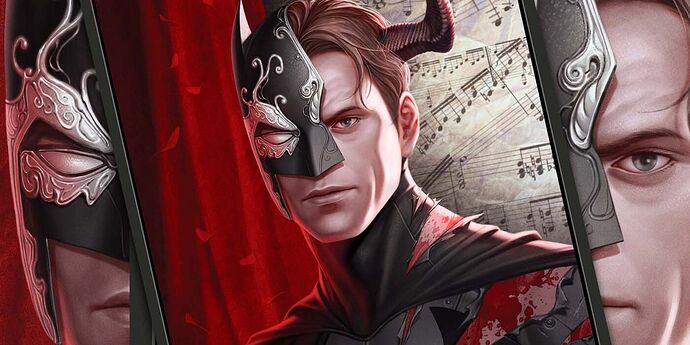 Batman Gets a New Creative Team, Direction and Schedule in Detective Comics 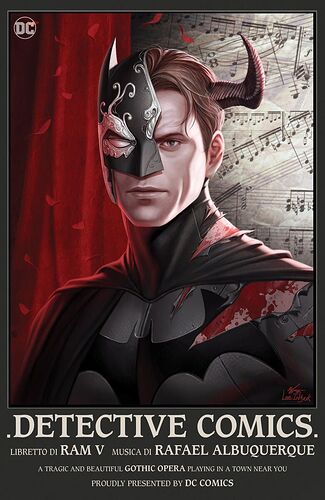 (This would have made for a pretty cool cover and logo too.)

Same. I’m wondering if that’s just for the upcoming arc, or the go-to logo/trade dress for the foreseeable future.

Ram V’s run will likely be very good, but I’ll catch it on DCUI, as Zdarsky’s Batman is the upcoming new jumping-on point for the top two Bat-books I’m more interested in.

Of course, I say that now, but I’ll probably just get in on V’s 'Tec when it starts. As Vicki said in Burton’s Batman, “I’m not a bit surprised.”

I think this is my opportunity to give Ram V’s writing an extended chance. Heard a lot of good things about him, but have read very little of his work.

Its also one of 6 books that DC has continually published since Rebirth began in '16. The others being:

it’s not like it affected my decision at all

Its also one of 6 books that DC has continually published since Rebirth began in '16. The others being:

So the 6 books I meant are
Superman (discontinued

I guess you took JL off the list because of their current demise?

I guess you took JL off the list because of their current demise?

Nah. The Rebirth volume of Justice League ran from '16-'18 (same as Superman), and was then followed by the volume begun by Snyder, which is the one that recently ended.

Ram V had a pretty interesting interview recently that talks about his career as a whole, including his work on Venom and Carnage over at Marvel, but there’s a good chunk about Detective Comics as well.

He mentions that right now the plan is for the run to be around 24-30 issues. He also talks a bit about the inspirations for this run both in terms of comics (specifically name-dropping Denny O’Neil, Jeph Loeb/Tim Sale, and Grant Morrison) and in terms of recent TV (Hannibal, True Detective). He also talked a lot about what it means to have this be an opera. He also says that while there is an overall mystery that will be solved, it’s not always going to be the main focus. A key quote:

“There’s a lot of detective work in it, but it’s not necessarily about him being a detective. It’s about him being Batman, Bruce Wayne. Troubled character, troubled friend, distant lover, distant father… all of those things.”

It’s a really interesting interview to read – it could be easy to read his words as pretentious, but I feel like it comes from a place of passion about the characters and world, and I’m definitely excited to see where he takes it. 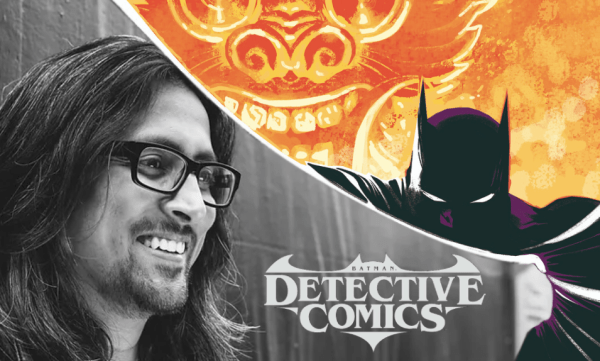 It was about 1am in the morning when I got on a call with Ram V: 2022 Eisner Award nominee and upcoming writer of DC’s seminal publication, Detective Comics. Work was in a few hours, and I resolved…

Very interesting interview - thanks for sharing! I am very excited by Ram V, though I have to say, I need to start avoiding the solicits, because they sound boring/annoying. I just want to read what he writes.

Of course, “something new” is exactly how he pitched his upcoming run of Detective Comics to the higher-ups at DC. The comic will be presented in an elevated, operatic style – meaning, in simple terms, that it “espouses the aesthetics that make operas distinct”.

“I came to [Detective Comics ] with an approach and an idea that I had had for a very long time, that I had spoken to other creators about.” Ram V paused, thinking through his words. It was clear that he’s fully aware of how ambitious the project is. “I said, ‘How is it that [Batman] comics have never had this… kind of slightly elevated, operatic, melodramatic theatre-play written as a TV show? Like Hannibal, or like most things Bryan Fuller does? Or, why isn’t there like a Robert Eggers version?’”

Pretentious, maybe? Who cares. Strive for more, I say.

And I loved Hannibal too. Which kind of surprised me because I don’t usually have much interest in that kind of thing (I never had any desire in seeing The Silence of the Lambs), but I thought the show was so well done that I couldn’t resist.

“I just think it’s in the blood of the character,” he continued. “It’s a person who dresses up like a bat, wears a black cape and cowl and hangs out at night. It’s very hard to ignore the operatic line, you know?"

He has a point.

When they first announced this it sounded almost like an idea for a Black Label series. It seems like that’s basically what it is, only it’s going to be published in DETECTIVE COMICS.

After the first issue I’ll probably pencil it in at #7 and see where it goes from there.