Teased for the past couple of days, DC fully revealed the new creative team for Detective Comics starting on issue #1062. The first arc will be called “Gotham Nocturne” and is described as such:

Something is terribly wrong with Batman. No matter the tests Bruce takes, nor the numbers he counts, the greatest detective in the world can’t pin down the source of this creeping dread—of his own inner demons and a looming mortality. He’s not alone in the grips of this terror, as it seems real demons are creeping through the shadows of Gotham City, answering the clarion call of a strange melody that’s haunting Gotham…and seems to be turning its denizens into something else.

The series will also feature back-ups exploring various characters in Gotham City written by Si Spurrier. The first issue, with art by Dani, will explore Jim Gordon, now back in Gotham City as a private investigator as his investigation weaves into Batman’s story.

So yeah, this sounds AWESOME. I’m very excited to see where this story goes. 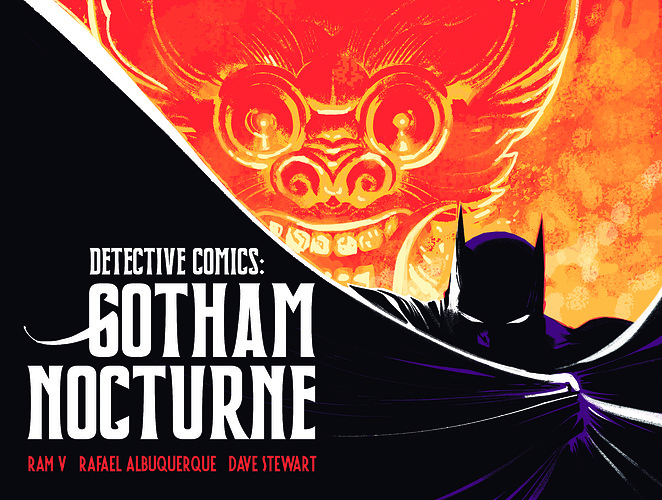 I really like Ram V but honestly I’m disappointed to be losing Tamaki so suddenly. It’s not a downgrade at all but it doesn’t feel great to see Tamaki kicked to the curb. The backup seems really cool and like the Bat titles are actually using backups well finally.

I share the sadness over Tamaki leaving - I’ve really loved her year and a half on the title. But Ram V is definitely a writer to be excited about, and the art team sounds pretty great as well! Not a fan of Si Spurrier as a writer, but he could surprise me. Jim Gordon stories are definitely the way to win me over!

Between V on 'Tec and Zdarsky on the main Batman book, I’m glad to see some top talent getting a big chance to shine on these titles. And while Spurrier doesn’t necessarily excite me on his own, I’m definitely looking forward to getting more of Dani’s art in the backups

I do hope Tamaki continues to get work, but I feel like this move was for the best. She had done solid work on 'Tec for a while, but Shadows of the Bat just felt like a really underwhelming event. An interesting idea, but the pacing was so all over the place that it was hard to get into

Hmm…stick with Zdarsky on Batman, or switch over to 'Tec?

Perhaps she can write Batwoman. Been waiting for a return to that title for a long time and it seems appropriate for Tamaki. Furthermore, maybe Kate can either get back with Renee or Maggie Sawyer. Perhaps bring in Ryan Wilder who has been teased in the Bat books.
God don’t waste Tamaki yet DC.

That might be good indeed! I hope it would be better than the last Batwoman run, which took a character I was really excited about, and made it a snooze if not outright irritating reading.

Pretty, pretty cool. And I’ll echo others on Dani doing the art on the back-up stories. That is very nice.

And some Rafael Albuquerque character sketches… 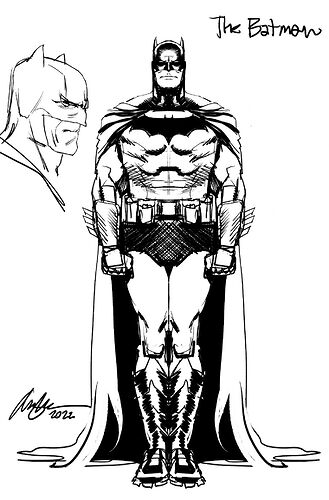 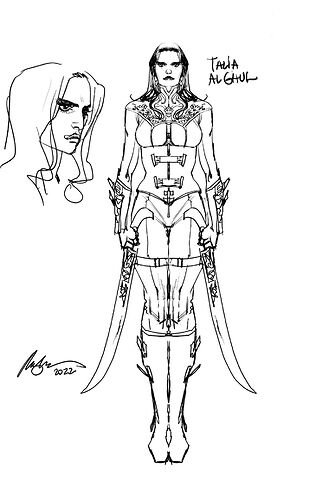 Both is an option.

I’m enjoying Batman…and I’ve had a hankering to get back into 'Tec since I jumped ship from buying it nearly a year ago (solid book, just had to trim some titles and it ended up among those that went on holiday) to it being a DCUI read since then.

However, the press release didn’t make me feel that 'Tec is a series I must get back to in July.

The team is great of course, and the story…it sounds interesting, but nothing I feel I need to buy as it comes out.

So, IDK. I’ll probably snag the first issue and decide between 'Tec and Batman (or both) after that.

If I were to decide right now, I’d likely stick with Batman, but I’ll give the first issue of the new arc a fair chance.

Has there been any word on where Tomaki will be, post-'Tec?

I’m very curious - what makes a Batman title run a “must buy” for you?

Well sir, there’s no secret to my comic-reading sauce. Its like anything else with regards to other forms of entertainment:

Oh, yes. I very much enjoy Ram V and Rafael Albuquerque, especially the latter as I’ve followed him for years and years.

Am I interested in the story within the project?

Eh, I have to say this one isn’t grabbing me so far, at least as the promotional copy sells it.

“Batman is off-kilter and can’t figure out why.” has been done before, as a plot itself and as a plot element within a larger story, and not only in the comics, but in the outside media as well.

Does the promotional material (be it a synopsis, a trailer, interviews and/or artwork, among other things) interest me?

Again…not really, at least right now. The art shown in the press release made me think “Well, its nice, but it doesn’t hook me.”

Still, I won’t pass judgment until the the first issue of the run is in my hands. I am interested in the story and dig the new creative team. I’m just not…hyped for it, right now at least.

So, that’s all. I hope your curiosity has been satiated.

Eh, I have to say this one isn’t grabbing me so far, at least as the promotional copy sells it.

“Batman is off-kilter and can’t figure out why.” has been done before, as a plot itself and as a plot element within a larger story, and not only in the comics, but in the outside media as well.

I hear you on the vague nature of the description of the book doesn’t do a lot. I do find it interesting that Bruce is supposedly feeling his mortality here and at that point will be “dead” in Dark Crisis.

However, describing the book in general as a “gothic opera” does perk my ears up a bit. It tells me that this is going to be more than just punching and sleuthing, but have a certain dark and experimental tone which I find intriguing.

The “gothic opera” line also caught my four eyes, as I like opera and I enjoy gothic entertainment. Therefore, a merging of the two in 'Tec will hopefully be the comic equivalent of peanut butter and chocolate (i.e. a taste I always want more and more of).

Such a great sauce recipe! Agree completely about the creative team being a draw sometimes (though sometimes also a turn off, as is the case for Spurrier in this case, unfortunately).

What promotional copy/solicitation types of things WOULD sell you on it? I would agree that this doesn’t really sell it for me, but honestly, I’m the type of reader who would prefer all solicitation text to be:

So I guess I’m still not completely satiated. Must feed me more devilled eggs!

Four eyes? Are you related to Raven and Trigon? Or merely a glasses wearer like myself?

Such a great sauce recipe!

Thanks! You know what they say about homemade sauce and how it can’t be beat.

What promotional copy/solicitation types of things WOULD sell you on it?

What, do you work for the Marketing Department at DC?

Seriously though…Jim Lee doing the art would sell me on literally anything (and has, so far). I don’t care if the story sucks like a Hoover-brand vacuum, because with him doing the art, I know the book in question will at least look badass.

Batwoman being a focus would be an attention-getter too, because she’s spent too long not being a headliner in an ongoing.

Tim Drake getting a new solo book would be an instant purchase.

taps index finger on his chin while he thinks

…Power Girl always gets me to buy a book, as does Poison Ivy.

“What about a Power Girl/Poison Ivy series?”

Must feed me more devilled eggs!

Dude, the only thing I’ll feed deviled eggs to are as follows:

After that, I’ll huck 'em at a wall, ala Bart Simpson and his whimsically stylish way of hucking cupcakes at his bedroom wall.

'cept Sherry Bobbins isn’t around to tell me to stop that, like she did with Bart.

On account of how she was…you know…sucked into the engine of an airplane flying above her.

Anyway, I think I’ll inject more Ram V comics into my mental sponge/brain, along with revisiting some of RA’s work. Maybe that will psych me up for their run more.

Four eyes? Are you related to Raven and Trigon? Or merely a glasses wearer like myself?

The latter, as I’ve been wearing glasses for the last, give or take, 30 years.

“Four eyes” isn’t an insult to me, as I take it as a compliment.

Ram V usually works in the corners of DC I’m not interested in, so he’s an unknown. Albuquerque is a plus as is Spurrier on a Jim Gordon backup.

The plot of this arc does nothing for me at all. So it looks like Detective will be dropped after I pick up the April-June arc.

DC puts out so much Batman, I’m sure I’ll find something to read.

DC puts out so much Batman, I’m sure I’ll find something to read.

Of course, you likely mean a Batman-starring Batbook.