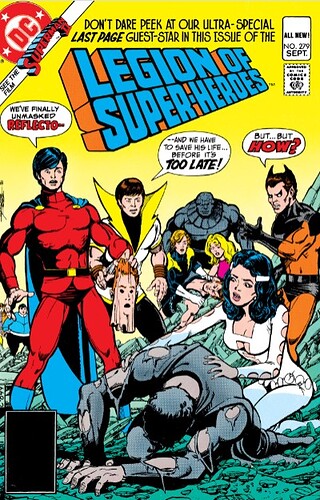 THE LEGION OF SUPER-HEROES (1980-) #279 (September 1981) The Legion of Super-Heroes (1980-) #279 Grimbor’s Cosmic Chains continue to constrict Earth’s atmosphere, but the Legion finally defeats him with the help of Reflecto, whose torn costume reveals……(we like to keep the mystery going even though this comic is 40 years old lol) 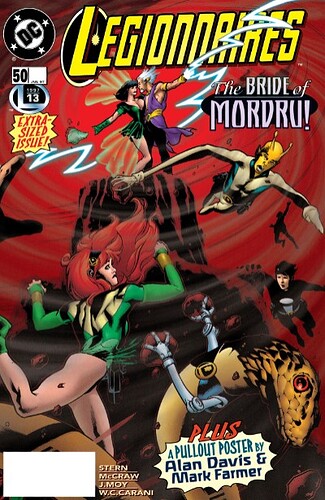 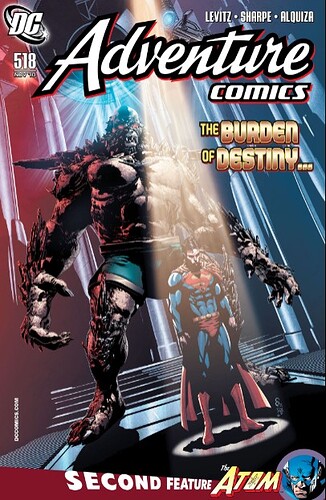 Adventure Comics (2009) #518 (September 2010) Adventure Comics (2009-) #518 It’s not easy being Superboy. He knows he’s destined for greatness as Superman, but how does a teenager deal with that knowledge? Early Legion tales continue in 2010 this time penned by Paul Levitz!

Adventure Comics (2009) #519 (October 2010) Adventure Comics (2009-) #519 The Legion travels to the 20th century to visit Smallville rather than have Superboy head into the future. But what they find on the Kent farm is something that will haunt not only their own lives, but that of Superboy!

As always, please post your favorite panels / covers or quotes from these stories!!!

Well, that made for a nice Thanksgiving Eve read, before going out to watch the younguns celebrate being back with friends.
LSH 279, Wait Reflecto wasn’t Jo but really Kal , what an unexpected twist.
Legionnaires 50 and 51, it was nice seeing The Legion fight like a team and not individuals, poor Mordru . Also, something we don’t get to see is the aftermath of a tilt titanic battle, enjoyed that perspective. I do wish Monstress had knocked Leland’s block off though. Did I see that VI wasn’t shrinking anymore?
Adventure 518,519 Superboy seeing his past, and death; I know he forgets when he returns, but that’s gotta mess you up while remembering. A romp on the ol Kent farm, a fun tale.

Yep I was surprised by who Reflecto was as well!

Ohhh a few of these don’t sound familiar? I might have something old/new to read!!! I will be checking all issues & if I haven’t read that bride of Mordru yet? I’ll be doin all 4. Ty @Don-El_52 for these selections.

Nice, I’m in business. I’d read the bride of Mordru but…I read the storylines involved in crossovers (& the back and forth with legionnaires) only, in that volume & the Adventure Comics as well. I added both to my library. I’ve got a bunch of clean up issues & even quite a few storylines I left behind!!! Those exclamation marks can’t justify my true excitement. Never b4 read LOSH issues!!! Yes

ty @Don-El_52 I probably (almost positively) would’ve never realized that. Was just about to log off, but I gotta do at least a couple now

Man, I got the dreaded hit read & directly to the last page on my 1st 10 attempts. Marked as unread, but I’ve read em. I hate when that happens. Hoping for some luck

Sorry, Site is complaining cuz I’m posting so much in a row lol. But….this is weird. 1st of all…somehow I’d never read Adventure Comics #1, but, way stranger then that. They marked Shadow Lass as Night Girl & Vice Versa, Night Girl as Shadow Lass? 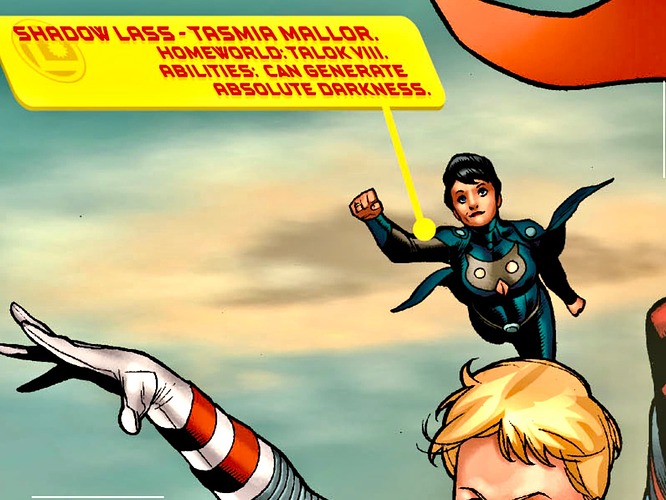 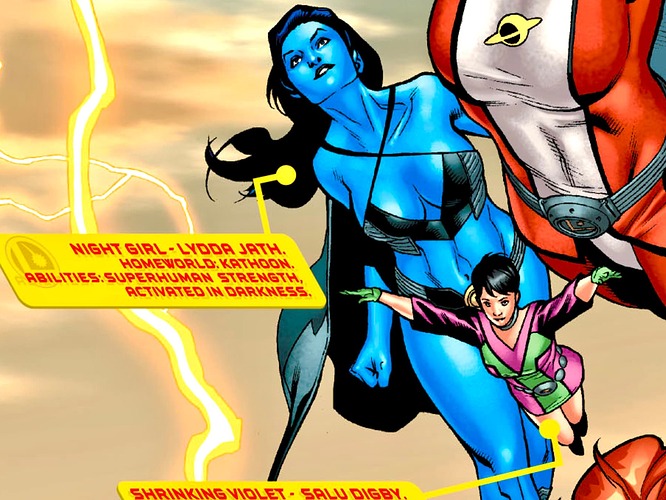 Unless there’s something going on in this issue cuz it is towards the beginning. But, I doubt all of em would be correct except those two?

Agreed they made a boo-boo

I questioned myself for maybe a half second then I said nope. Rare occasion where I know I’m right & the comic is wrong lol.

Wasn’t that the issue, where Lydda and Tasmia were cosplaying as the other.

Haha, unfortunately not, I finished it & just a mistake.

So my favorite panel was this. 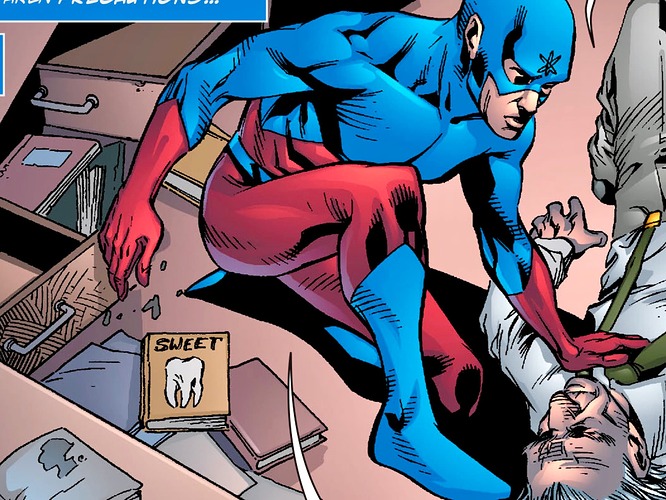 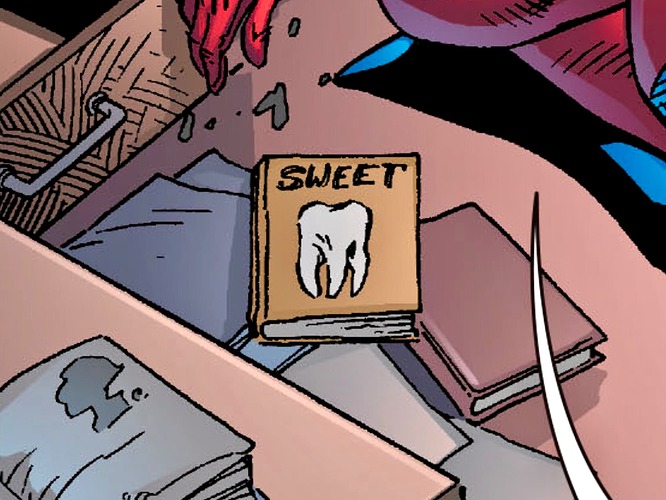 I mean, how slick is Jeff LeMire? Plugs Sweet Tooth subliminaly with a picture puzzle basically. I see u Jeff attaboy.

Great batch of selections - I don’t think I’ve read the Adventure Comics one, but the rest are favorites.

Like a lot of you, I really loved the Reflector story - I think it may have been one of the really long saga-type stories - it lasts longer than EarthWar and GDS and has lots of great twists and turns.

Legionnaires 50 and 51 are among my favorite Legion stories ever - even though half the team is in the 20th century, they pull in members from other teams and the whole coordination of the team to rescue Violet and defeat Mordru was extremely well done with everyone doing something, which is a nice lesson some of the newer Legion writers could take to heart.

I haven’t read the Adventure Comics either & idk? I read all of the crossovers & big storylines, forgot to go back & clean up the leftovers. This is awesome

There’s a lot to be thankful for when you’re a Legion fan!

@LegionFanClub This is a test of a seemingly new feature where we can alert everyone in our club here in the main threads. Do you read me? over

Also, did anyone have any other thoughts on the selection above before we post a new one Wednesday? 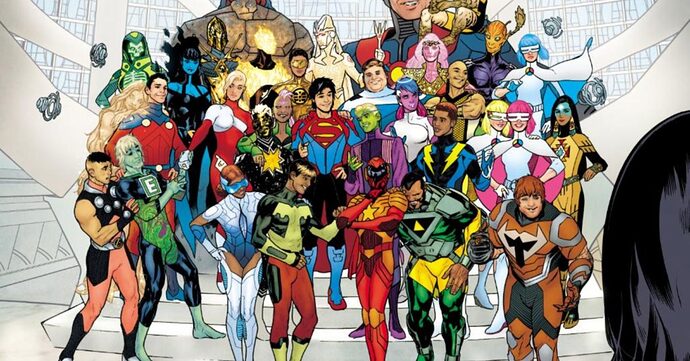 In his most recent newsletter, as well as talking about all his comic book plans, comic book writer Brian Michael Bendis also talked about writing a