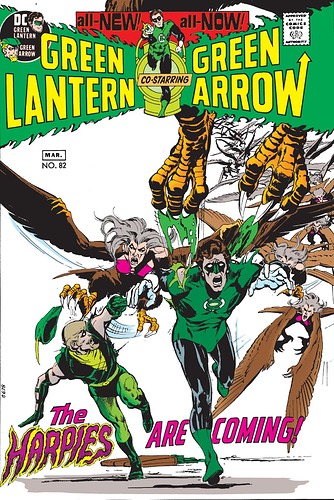 They were both really good, but I think 83 takes it. That ending was incredible.

Most of it was surprising. Was not expecting Sinestro to have a sibling. Medusa came out of nowhere. Carol in a wheelchair AND engaged?

It was interesting. I’ve never seen her depictions from before Blackest Night. Nice to see a more human approach instead of her always being Star Sapphire.

Seeing the passing of Neal Adams reminded me that I never did finish reading this run, so I hope you don’t mind my bumping it up.

I think the most surprising thing was in #82, when Ollie and Dinah deals with harpies and amazons…they never once think about calling Wonder Woman. I mean, I know Green Lantern is the co-star, but that could have been a fun guest appearance. Granted, this came out during the infamous “Mod Era” of Wonder Woman, and from what I understand, Denny O’Neil didn’t have the best time starting that run and the flack he got after the fact.

She’s…okay, I guess. I liked how they finally had Hal reveal his identity to Carol and they were both mature about what they went through in the past. Though it seemed like at the end that Hal and Carol got back together, but…did they just forget that Carol was engaged, if not married?

Oh, and fun fact about issue #83, did you know that Grundy and the young girl was purposefully based on then Vice President Spiro Agnew and President Richard Nixon? The mailman for the school was also based on Alfred Hitchcock, likely because of the birds gag they have in the issue. 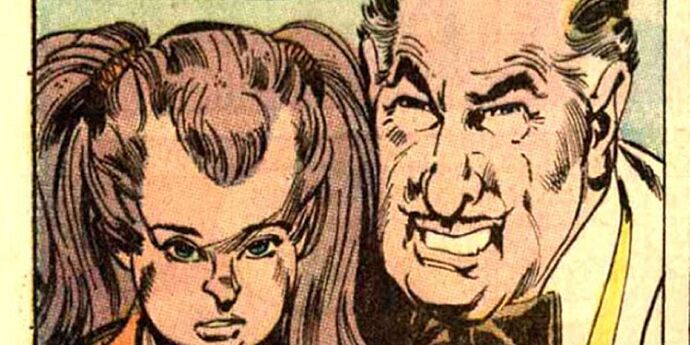