Justice League Book Club Week 30: Crossing Over with World of Bats to Celebrate 10 Years of Flashpoint 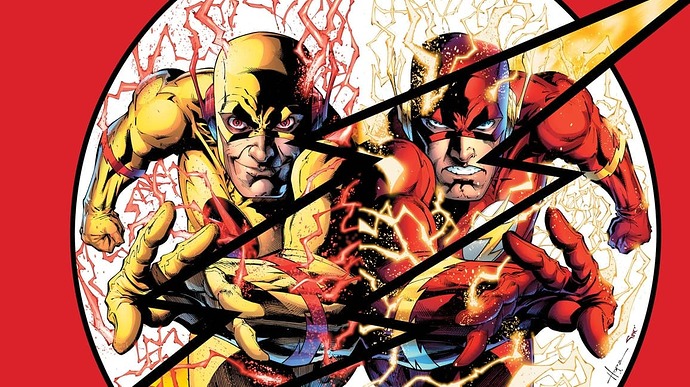 2021 is the 10 year anniversary of Flashpoint, which is arguably the most impactful event mini-series in the DC pantheon since Crisis on Infinite Earths. In the Flashpoint continuity, there was no Justice League to save the world from the impending war between the Amazons and Atlantis, Bruce Wayne wasn’t Batman and Superman was a lab experiment.

After Flashpoint…well, as was said at the end of The Neverending Story, “That is a story for another time.”

@Jay_Kay and his wonderful @WorldOfBatsBookClub is covering the main Flashpoint series, so be sure to check that out, especially if you’ve never read Flashpoint before.

Meanwhile, I’ll be covering the Flashpoint tie-ins that star characters who were members of various Justice League teams prior to Flashpoint. You don’t have to read every series/book listed below. Simply pick your favorites and have fun!

) , just pick what looks of interest and go from there. Easy peasy.

That’s the celebratory mission until August 31st, League! Join in the 10th anniversary celebration of Flashpoint with @Jay_Kay’s look at the main Flashpoint series, then hop into selected tie-ins over here!

Whatever you choose to read, have fun and please, don’t alter the timeline for your own benefit, m’kay? M’kay.

I just finished reading all of the Flashpoint tie-ins. My favorite was probably Batman: Night of Vengeance. Even though it is so tragic. The idea of Joker being Martha is intriguing and it brings a different sort of weight to their dynamic, especially Batman’s refusal to kill the Joker (when this Batman most definitely kills). It’s a great twist on the whole different sides of the same coin we get with many of Batman’s rogues.

It’s not part of the listed reading, but “Lois Lane and the Resistance” was great, too. In any time-line Lois Lane is going to be Lois Lane. I also want to shout out “Frankenstein and the Creatures of the Unknown” and “Deadman and the Flying Graysons.” All three are worth checking out if you don’t have enough Flashpoint in your life.

I don’t think there’s any of the Flashpoint versions of characters that I prefer over the normal versions. I guess Cyborg being the main hero in the Flashpoint world is pretty cool, but everyone and everything is just a little too grim for me to like it as a regular thing.

Thanks for giving me the excuse for diving back into Flashpoint! It had been a long time since I read it and I didn’t read any of the tie-ins back then. They really flesh out the world.

@john.21795 you are right in how much context they really do give to the core Flashpoint books.

Definitely some good suggestions to other tie-ins as well.

I still have a few of those that I’m making my way through.

Have you read any of the Flashpoint tie-ins, be they those listed above or those that didn’t star members of Pre-Flashpoint Justice Leagues?

I had not when I first read through the story and said somewhere that I would dive back into the tie-ins eventually.

What was your favorite read of this week’s selections?

Tough to pick one favorite as I found a lot of fun things in each.

Some highlights from them though.

Is there a Flashpoint version of a character you lean towards more than their mainline continuity version?

This is a good question…

Can’t say that I lean a certain way either, but happy to have read through these stories with these characters.

And back again with a few panels from some of the other moments that also stood out to me.