God, I love it when they go into a character’s mindscape. Go Ivy show your evil dad who you grow up into…and am wondering if you have developed some kind of mind bond with Harley given you now see Dr. Qinzelli too. I kinda hope this tour ends with a confrontation between father and daughter…0_0 I am also wondering if ivy’s dad is named Jason Woodrue Isley 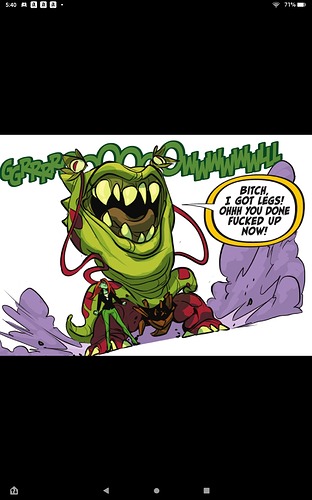 Lates issue was quite fun. I loved Franklantee
I give you Godzilla’s ‘sister/daughter’ : Biollante | Gojipedia | Fandom
Frank: I AM A DUDE CALL ME FRANKZILLA IN THIS FORM.
Nobody.bladesmith: You’re a plant not some form of Precambrian wingless atomic dragon. Biollante is a plant-based Kaiju made using Godzilla’s DNA.
Frank:…she is attractive and I would love to pollinate with her (especially that rose form) but still, I am a dude call me Frankzilla!
Nobody.bladesmith: No I dub you Franklantee.
Frank: IF I EVER FIND YOU I AM GOING TO EAT YOU!

I couldn’t get the link to work or access the library this morning—glad it’s working now!

I’ll be back! Thanks for starting us off @Nobody.bladesmith! 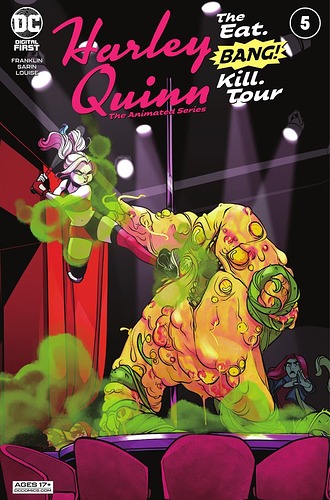 Your welcome. I had the same problem this morning.

This has been turning into a seriously EPIC comic series! I love the artwork, and so cool to see a brief look at Giant Ivy in the most recent issue (I can’t help but think the animators were fighting tooth and nail to work on THAT sequence in the TV show!).

Is anyone else hoping to see this version of Ivy in her classic costume at some point in the comic? I like her jacket and green pants costume but it would be fun to have her do a what was I thinking thing seeing an old picture of her in the classic suit…or just break it out for other reasons.

@Nobody.bladesmith I like urban Ivy a lot, but I wouldn’t mind seeing some of her other comic looks—even if it’s just a flashback or something (maybe see that overall collections of hers, too 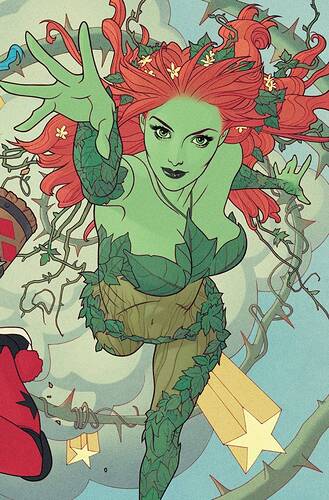 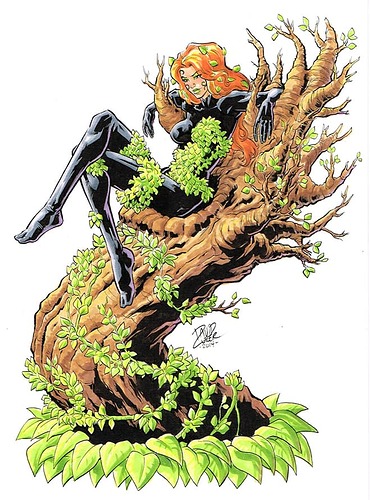 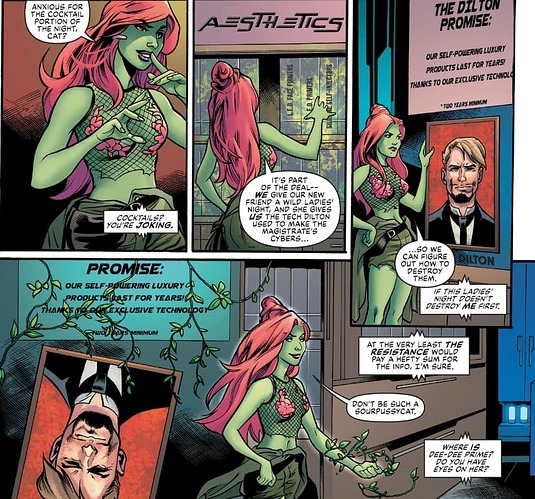 Overall this was a fun little mini series. Thought it started stronger then it finished, but still enjoyable.

Not sure about that watermelon looking jumpsuit for Ivy though.

Found it interesting overall…Am I the only one who thought Steph was going to turn out to be Stephaine Brown? Instead, it’s Clayface I had completely forgotten about her one-episode disguise as a co-ed. I am wondering also what Cadre is. I also found Vixin’s Catwoman-like suit quite interesting but I don’t like that it does not pass the Bale test as it seems like it would be very hard to use the restroom in it.

lol, I thought of Stephanie Brown for a split second too. I would be surprised if we ever see Steph Brown or Cassandra Cain in HQ:TAS since this Barbara Gordon feels like a composite of all three.

Cadre is the group Nightfall is a member of, they have a background cameo in issue 4 when Harley and Ivy are crashing in Nightfalls house. 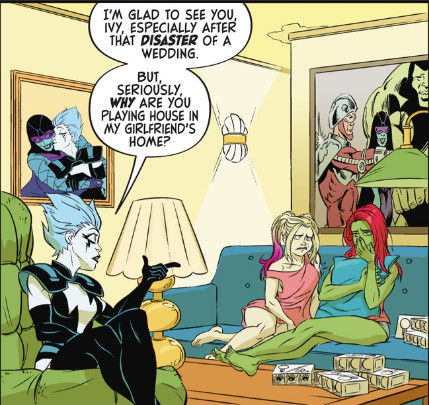 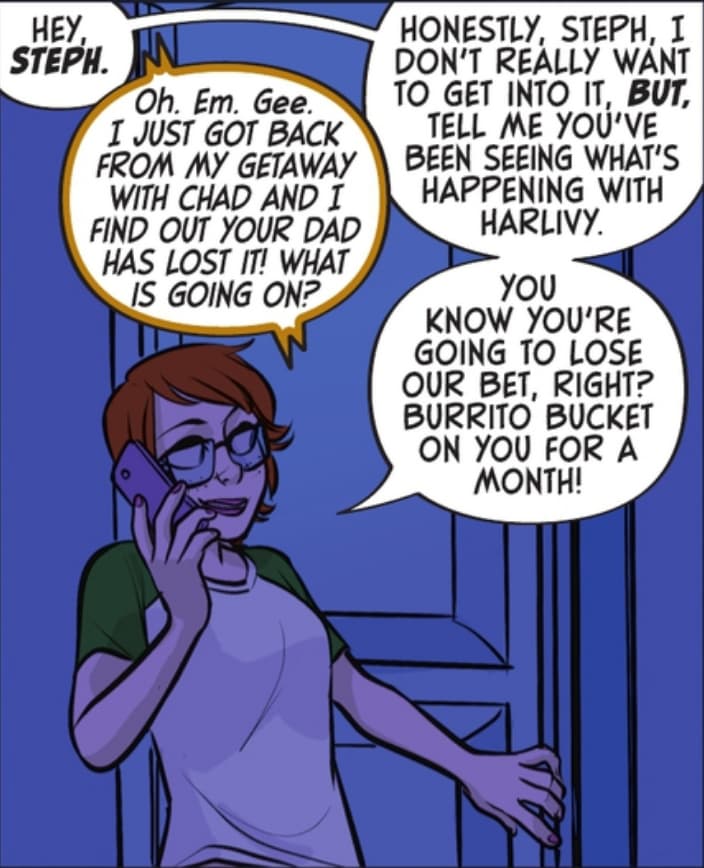 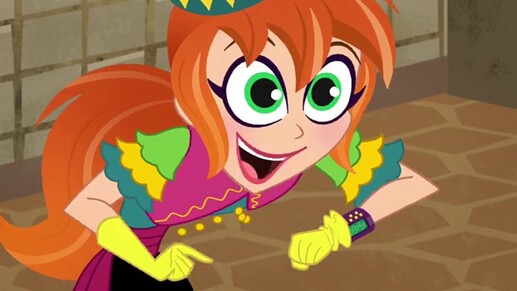 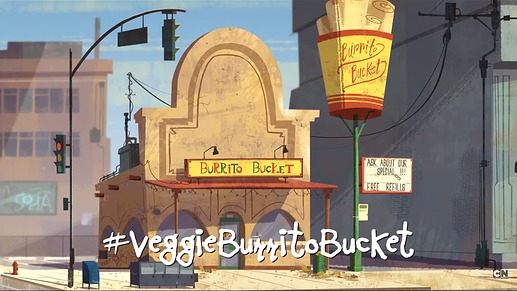 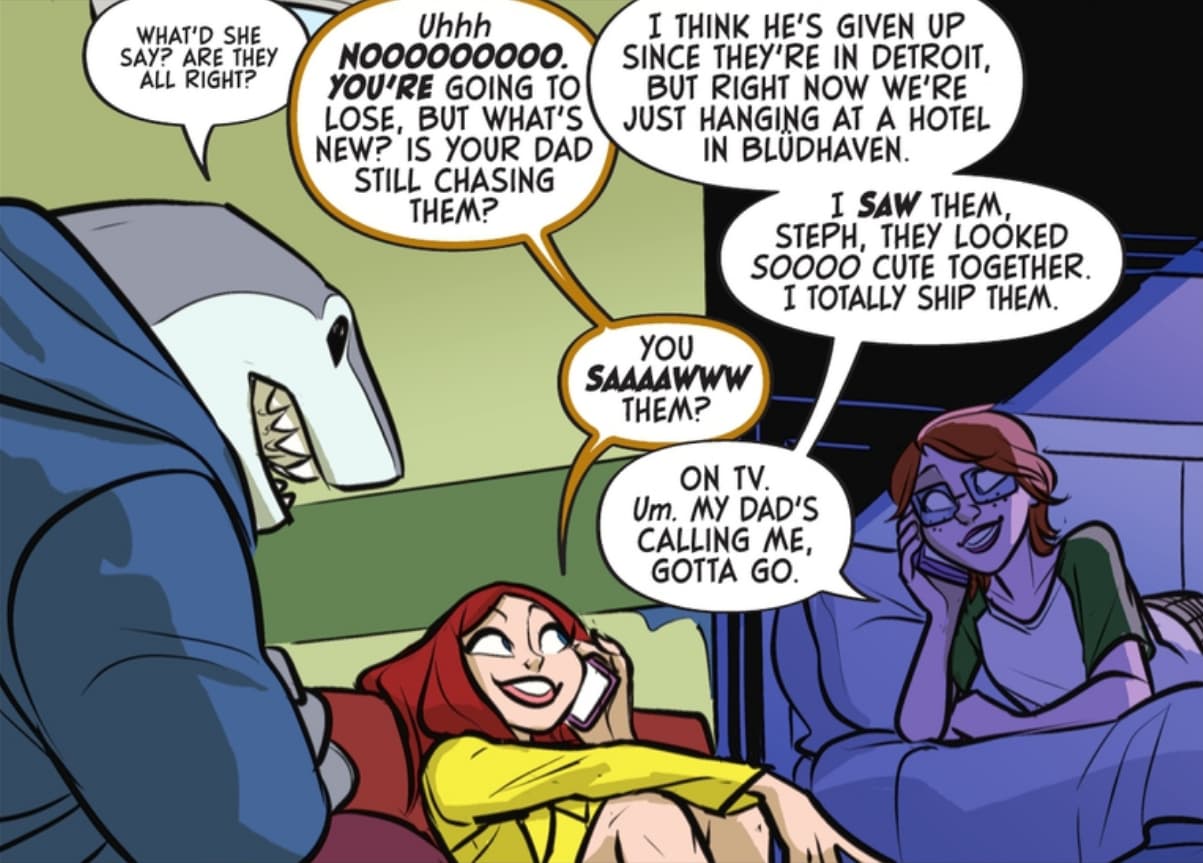 This series was all that it could be and even more! Loved every minute of it and am really ready now for Sn3!

Let me start light with further proof that Ivy is probably in her 40’s: 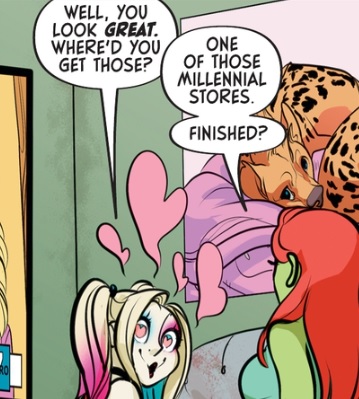 “One of those Millennial stores…” Like she doesn’t consider herself a millennial. Friends, I’m a millennial and I’m 36. If Ivy is not one, then she is older than me…

I mean… sooo much to unpack here. Really good writing. First thing to note is that Ivy still feels that she had to pretend with Kite Man (he!! yeah) to make everyone happy. Second, well, there probably is someone who wants to marry Ivy, but she can’t accept it as valid yet. …I mean… no one should have to pretend to be something and… no one should have to think that it’s not valid to love the person they love. I mean, that’s the damage the whole “traditional family values” and “traditional marriage” garbage does to people. It makes perfectly hot eco-terrorists feel that they have to commit their lives to losers like Kite Man (… or Moth, really) to be accepted. This is really visceral and emotional. Good work, Tee Franklin and Max Sarin…

First of all, I’m glad someone else agrees that “traditional family values” are total bull$%!!. I… And I think this won’t be too political, I totally understand if this has to be taken down, but… It always bugs me that when “traditional family values” politicians are caught cheating on their wives, people act like that’s somehow ironic, when as Seth Meyers expertly described it, “when they say ‘traditional’, what they actually mean are the days when you’d go to your office, call all the women ‘sweetheart’, drink a half-gallon o’ gin with your two-hour lunch, then leave at four and your wife would have dinner for you, you’d put on your sweater and sit by the fire reading the newspaper while the kids whose birthdays you don’t know did the chores, and then, you’d head back out to get spanked on the ass with a Forbes magazine in a hotel by a porn star”.

Second of all, and this will include spoilers for both this comic and Poison Ivy: Thorns, while I agree with everything you said about how no one should be forced to be something they’re not, Ivy is bi. Kite-Man’s gender isn’t the reason they couldn’t be together. And between this and the recent revamping of Ive’s origin story, I am a little… “Disturbed” is too strong a word, so let’s go with “troubled”… That DC has focused so much on putting Ivy in one-sided or even abusive relationships with guys. I love these stories, but I hope Batwoman can balance the scales a bit by showing her in a… If not “healthy”, per se (I’m not sure if she’s capable of that), then at least a loving relationship with a man. If DC wanted to officially revamp the character as a lesbian, that would certainly be a fresh and interesting take, but might play into the harmful notion that, as whichever-one-it-was from Sex and the City said, “Bi is just a stop on the way to Gaytown.”