It’s time for a road trip, everybody!
Our ladies are back!

…and if you remember where we last saw these two, you’ll fasten your seatbelts, and remember to keep your arms and legs inside the vehicle! 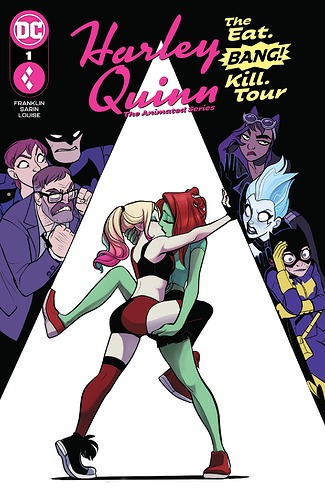 Following the Gotham wedding disaster of the decade, Harley and Ivy end up on the run from Commissioner Gordon and the GCPD!

Harley’s got the perfect scheme to shake her out of her wedding-day blues. 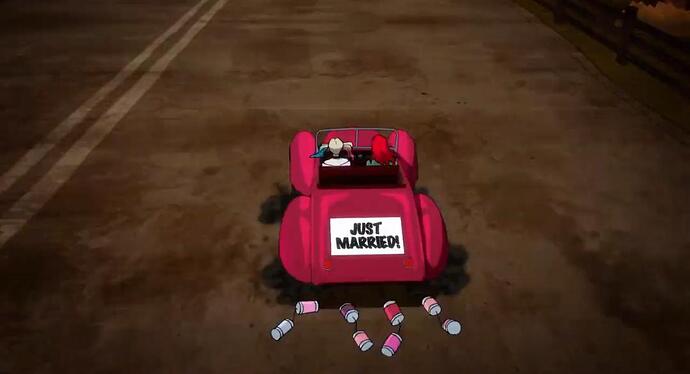 Did you enjoy it? What do you hope will happen next? What did you think of the dialogue or artwork? Anything about the the reading or show you’d like to discuss—Drop your thoughts below when you’re ready.

This is the first page: “Mature Readers”. 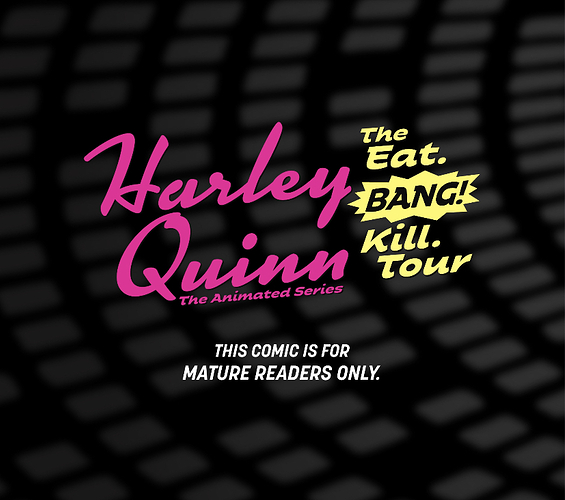 And just gonna leave this here, in case anyone’s forgotten… Could be a few of these ahead, too:

My first read of this week’s New DC Comics Day!

I was initially on the fence about this series, given how animated tie-in comics can be hit and miss.

However, this issue was rad, and captured the aesthetics/feel of the show quite well. If the rest of the title is as good as #1 was, then we’re in for a treat of a rollicking ass-kicker of an animated tie-in.

Favorite line: “We can absolutely do some role-playing tonight.” All I have to say to that is…goody. 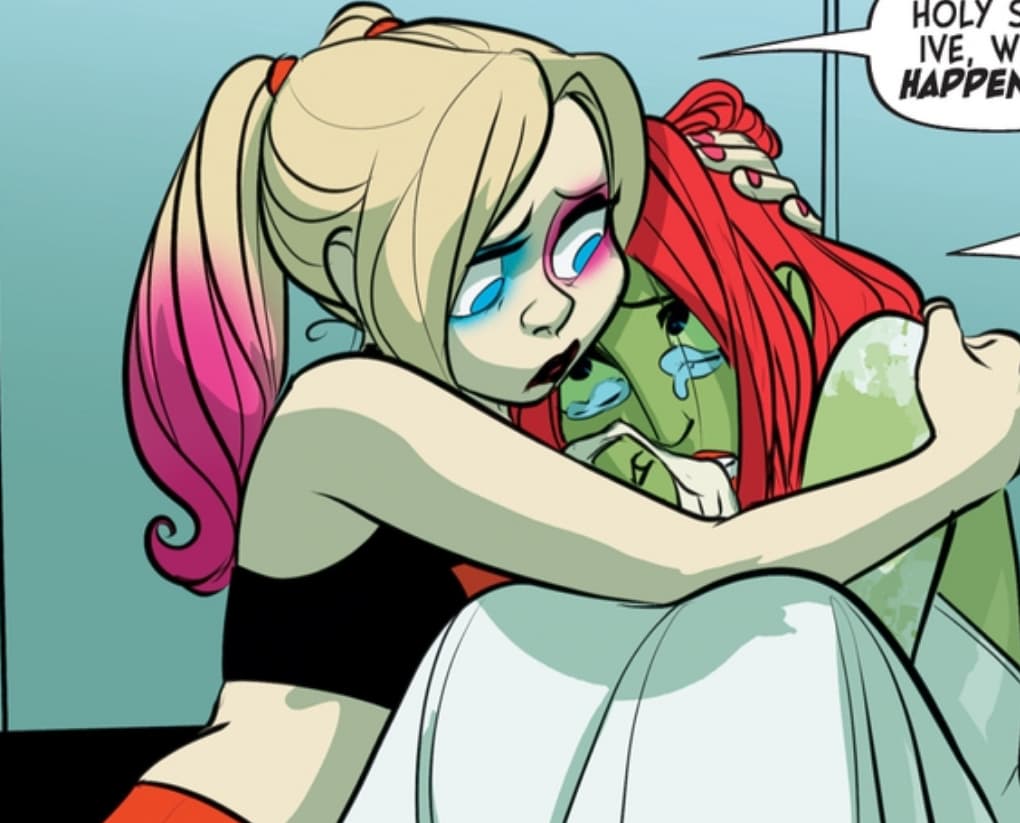 I bet they took a gander and a goose at that swell thread.

I enjoyed this book, a lot. One thing that I did notice was that the art style didn’t really mimic HQ:TAS, which gives this book it’s own feel, even if the story is a continuation from the show.

I gotta say, this is some of the most expressive art I’ve ever seen in a DC Comic. I wish the show had this much detail. It feels like an idealized version of its own art style.

I half agree, half disagree. It feels similar enough to the aesthetic of the show while being it’s own thing.

I just finished reading it and I really liked it. It had all the comedy and action, but they didn’t skimp out on the emotional moments. There are so many tender moments with Harley and Ivy to choose from to highlight, and I thought Ivy’s struggle with what happened at the wedding.

Because yeah, Ivy dodged a bullet, she didn’t go through a bad decision and decided to be with the woman she genuinely loves. But what happened with that botched wedding has consequences. Seeing it plastered on every screen, friends being arrested from it, having to go on the run because of it…factor in other childhood trauma, it’s no wonder Ivy’s lowkey freaking out over what’s going on.

Yeah I’m sure she’s just overstimulated. As we saw once Harley followed her into the bathroom, Harley’s the eye of her storm. My heart DISSOLVED when Harley and Ivy spent the night in each other’s arms. 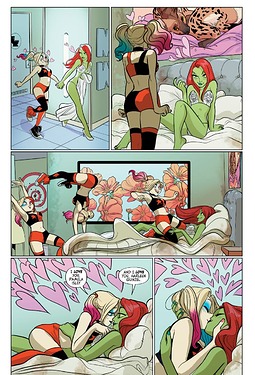 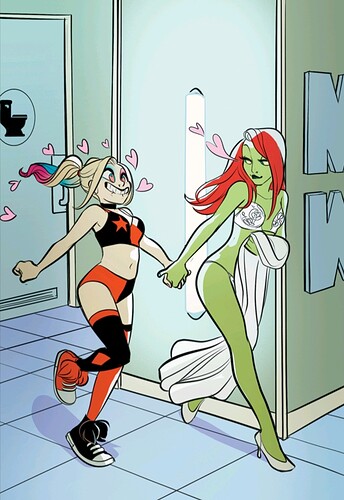 Her facial expression here is the best

Also…am I just getting my hopes up, or is a

LOL this is definitely one of my methods of “enthusiastic approach”.

I seriously had to take a breather during this panel. 😮‍💨 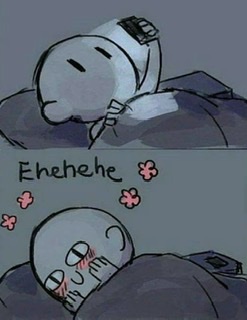 Her facial expression here is the best

Get yourself someone that looks at you the way that…either one looks at each other, really.

Lots of feels with this read. Firstly, I am sooo glad to see our girls again! I’ve missed them so much. Tee Franklin and Max Sarin’s work is amaze on all fronts- so much

in the panels and the expressions on Harls and Ive’s faces at times are absolutely hilarious and wonderful! As far as the storyline goes I can see that these two are gonna’ have to resolve some of their core personality issues in order for their ship to continue sailing smoothly. Really hoping that they can make the sacrifices necessary and resolve past issues 'cuz I love these two together just. so. much. Bring on issue #2!

I really loved this book

This was a nice continuation from the last season of the show. I thought Jim Gordon’s profane statements to the reporter were hysterical.

I want our girls to rock this on the road next issue. 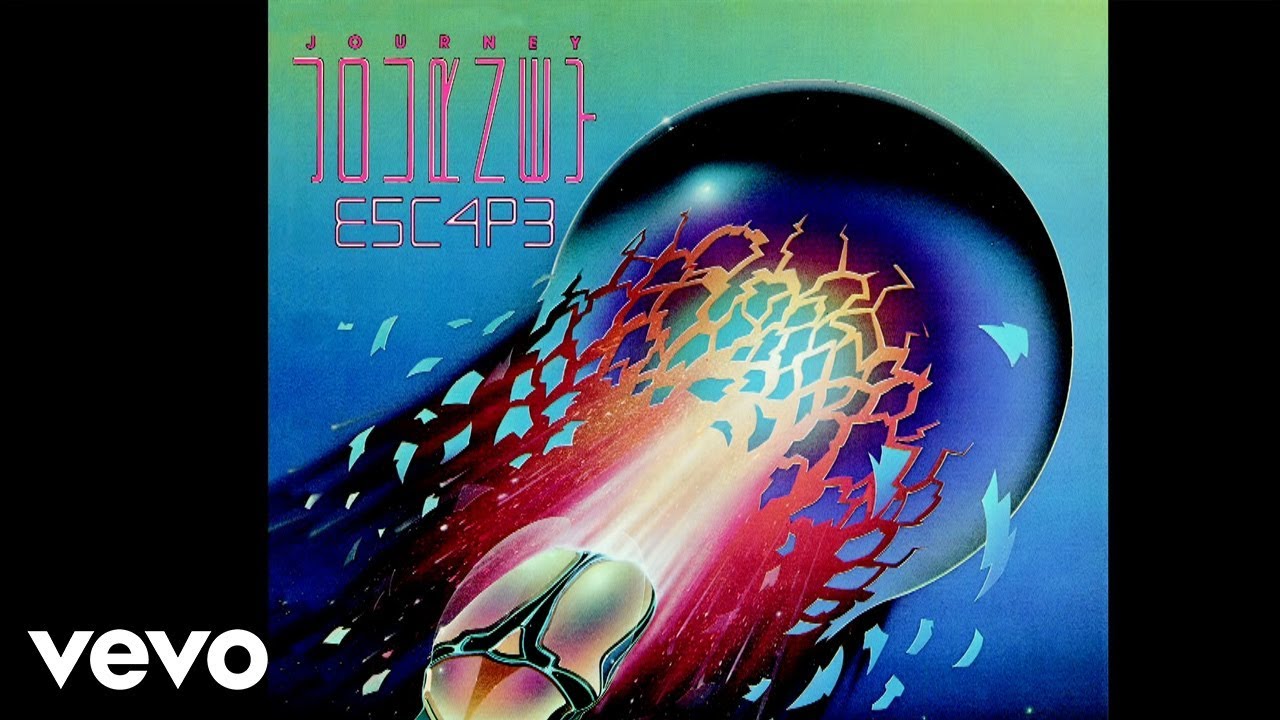 I really loved this first issue. I love that they’re not holding back and really showing the love and passion Ivy and Harley have for eachother. I can really feel their feelings for each other lifting off the page. It’s the little gestures that really sell it for me: Ivy holding Harley’s hand and squeezing with her finger, Ivy’s finger down Harley’s spanx and Harley holding Ivy’s face as they lie in bed.

One thing that got me thinking and stood out for me was Ivy’s comment about her father. I think that added an extra layer as to why Ivy was so persistent to marry Kiteman. Maybe another reason why she was so willing to go along with it is because subconsciously she can hear her father’s voice telling her no one would marry her.