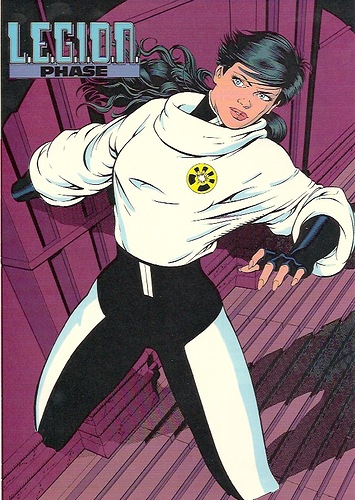 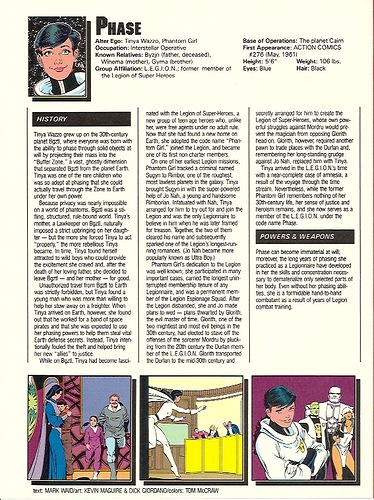 Over all, I enjoyed last night’s episode. There was a lot going on.

I really have to wonder what happened to Iris. I have a feeling she has disappeared somewhere in the timeline. She can’t be dead. As to the whole cold fire plot, I should have figured this would be leading up to Deathstorm, but it took me totally off guard! I am looking forward to the next episode.

Iris dealing with the sickness. Then PG vanishes her. Crazy.

Barry and Cecil go against Katlyn. They were right but before it was true the doubt at first even though they’ve done the same with Iris how many times.

Chester sharing tech online. Great but Alegra is right he should be more cautious just in case.

Katlyn and Ronnie’s Flashbacks were sweet. The saved but then the big reveal. Post Crisis Deathstorm. He looks awesome™

Also the Blackest Knight mention. A tease or just a fun reference. Who knows?

Is Iris gone? What’s Deathstorm’s plan? Will Katlyn get out of this? All this and more Same Flash Time Same Flash Channel

Iris spawns back due to the time sickness. Then leads to Dion’s demise. Now Edie is back

Deathstorm on a rampage. Killing everyone left on right for grief. The team tracks him with a keep ride the lightning chase and now they can track him. But is it to late. Has he already got to Katlyn.

Will Deathstorm gain a bride? Can the team stop him? Will Iris have a future? All this and more Same Flash Time Same Flash channel

Am I the only one thinking this episode should have been called “The Bride of Deathstorm?” Anyway, I really like this one.

Hopefully, Deathstorm Will Be Over and Done with In the Next Episode!
I’ve Had Enough of Deathstorm!
I Want Too See More of Flash’s Gallery of Rogues, One Last Time!

So, Iris just needs to touch ‘Eddie’ and the Deathstorm problems are done, right?.. right? Anyway…

Good epsiode. Not a big fan of the bride reveal. It is kind of weird. But I guess 8 seasons in weird is relative.

I am loving the actress that plays Sue. She adds a lot to each episode she is in.

Was that really the resolution? Oh boy, I didn’t see the last three episodes and now I’m going in with low expectations.

Oh, no. That’s just me joking around and guessing at what will happen next episode. I assume there will be way more to it. It’ll make a lot more sense when you catch up to this episode.

These episodes have been good. No need for low expectations.

They killed Frost?!!! Whyyy?!!! I cannot believe all the growth we saw with Frost and her mom was all for nothing!!! This show just doesn’t want me to like it, I hate this show so much!

I believe i read somewhere Daniele Panabaker wants to leave. This is their way of explaining why both sisters are gone at the end of the season instead of one staying around while the other one gets married or whatever. Caitlyn probably leaves out of grief if Frost stays dead.

Danielle is staying with the show.

I thoroughly enjoyed this episode. The fight between Frost and Deathstorm was great. And I am so glad Sue is still appearing on the show. That ending was a real downer though!

I have a general CW Flash question that I’ve never managed to ask before. Forgive me if this is been answered already:

Is it only Team Flash “working” in that huge Star Labs building? No other employees? No management? Custodians? Scientists? How does that building pay its bills? Do our characters get paid for working there? What does Star Labs do other than act as a base for the team?

You get my drift here. Love the show, but that’s always been a sticking point that I just toss aside. Maybe I missed an episode where it was all explained?

The team takes on Deathstorm. All the grief From there past consume them. Flash and the many losses. Iris and crew with there’s. And Chester and Alegra who seem to be finally coming together.

Frost become HellFrost and accepts herself as a person. In an epic battle with Deathstorm and all seems lost. For moment of hope Frost sees Katlyn is okay to the pass on there. Then the end When they didn’t know just find out hit hard.

How will the team handle Frost’s sacrifice? Is Deathstorm really gone? What’s next for the Flash? All this and more Same Flash Time Same Flash Channel

How does that building pay its bills?

I think on there off time Cisco and Katlyn constructed the Star labs research stuff for funding and probably got a lot with the meta human cure. And now maybe Chester continues such. Or Argus helps pay for it.

One question: weren’t Sue and Iris still in Coast City at the end of last weeks show? When did they come home? Was it mentioned last week and I missed it or did the writers goof?

Sue went back after Iris vanished then she reappeared in the apartment if I remember right.

Yeah, I figured their “research” counts for something outside superheroing. Still kinda hard to picture that those two and Chester are the sole employees of such a large establishment. Not getting hung up on it, though.

Watched this week’s episode, finally. Have to say it was my favorite so far out of the last two seasons, and it didn’t even have any Flash action. The fight between Hellfrost and Deathstorm was epic, and Frost’s death was very well done and heartfelt, with a great score accompanying it.

How many episodes are left this season? Wonder where they go from here?

I’am Sorry Too Hear That Neal Adams and George Perez Passed Away!
I Love the Tributes That DC Comics Paid Too Both Great Men!
Nice Too Know All That They Did For DC Comics and the Industry as Well!

Killer Frost Faced Off Against Death Storm and Won!
But, She Paid the Ultimate Price and Died!
I’m Going Too Miss Killer Frost!

Hopefully Now, They Will Cure Iris West!
Bring Out Flash’s Gallery of Rogues, One Last Time!
Even Though, That’s Highly Unlikely!

Great Show!
Can’t Wait Too See How It All Ends!