He did a great job on the bonus round. 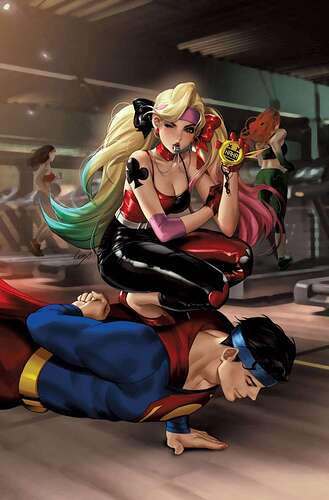 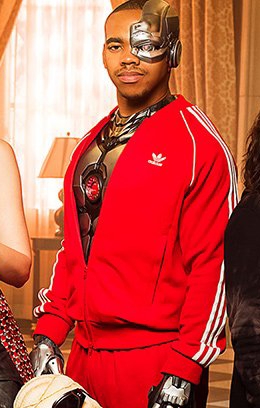 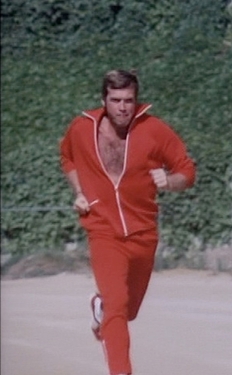 I think I’ve only posted about this in Doom Patrol Club, but even civilians deserve to know

Also i was reading a Dynamite Doc Savage comic, and i don’t have a screenshot, but in it he strongly implied that he’s descended from Vandal Savage #canon

Maybe because it’s late for me now after another busy day at the Planet, but I found this gif and… Well…

I can’t help but laugh.

Thanks for the chuckle

And get some rest!

dear dc diary
i am not very caught up on the current state of the dc universe. i have no clue what’s currently going on with like- the justice league. i’m over here sipping my dr pepper and reading 90s and 00s comics that aren’t really playing any huge parts in the current story lines. i mean, yes, there are some comics that are very current that I read, but those are part of a very select group. some comics that have come out recently are really great, and I really enjoy them, but i keep gravitating back to comics that are, like I said, 90s/00s era. where am i going with this? i don’t know. there’s just a lot with recent comics that I don’t know about. I wasn’t even aware of the batman/catwoman wedding stuff until like, a month ago. and that crap happened in like 2018. i would say I’m a pretty big batman fan, but I have read -one- of the batman comics in the most current series. and it was purely because I saw a screenshot someone took of it and damian was like crying and i needed to know what the hell had happened.
so i think that after this paragraph long rant i have come to no conclusion and i don’t even know what to say as a closing statement so i will be ending this with a picture of jason attacking damian in the great battle for the last cookie

i am not very caught up on the current state of the dc universe.

Nothing off with that. I read what I want when I want. I do not care a bit about Jonathon Kent Superman, so I instead re-re-read a comic where Hitler gives himself all the powers of Superman on steroids and battles the Justice Society.

i have no clue what’s currently going on with like- the justice league.

They are dead and coming back. Nothing of interest.

They are dead and coming back

thats another thing- deaths hold no impact anymore. i mean, when I heard Alfred died i was fairly upset, but at this point it’s just like ‘give DC a minute, he’ll be back, just like every other dead character’

If I was put in charge of a connected DC Universe in some medium that would be the one rule, no resurrections (I guess the Warolog can be an exception since that requires sacrificing a life per life rescued). If they die they are dead. I know a way to still adapt Red Hood using this rule, but I am still trying to find a way to adapt Reign of the Supermen following it.

one rule, no resurrections

that would be a good rule. it sucks when a character you care about dies, but like, not everyone needs to die and get resurrected. the jason todd death & resurrection I don’t mind, but dc needs to chill with their bringing dead characters back thing 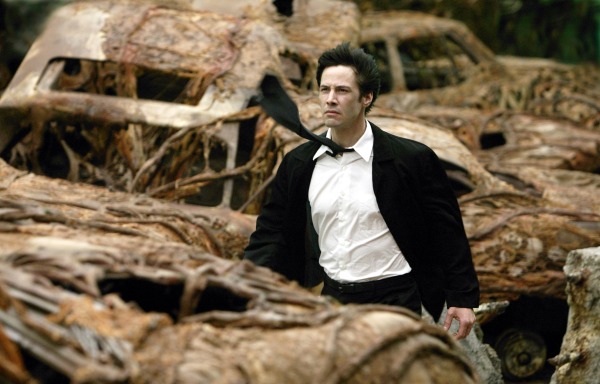 EXCLUSIVE: Here is a resurrection of a DC character worth getting excited over. Warner Bros will develop another installment of the 2005 supernatural thriller Constantine, and the studio is re-team…

Thanks for the chuckle

And get some rest! 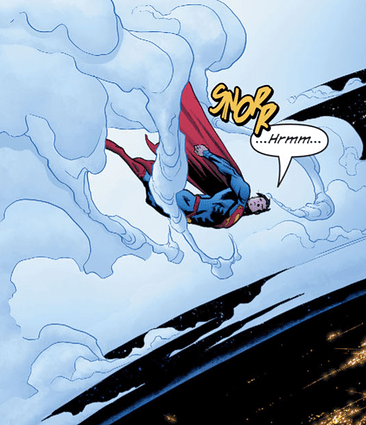 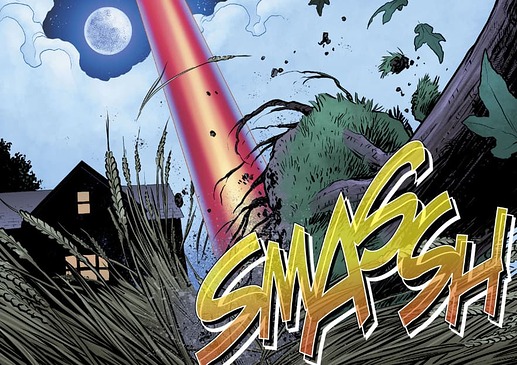 I wonder if anyone else has discovered that the Community Homepage can be zoomed out or if it’s just a mobile version thing.

I am enjoying Batman vs. Bigby and I am having some thoughts while reading it. 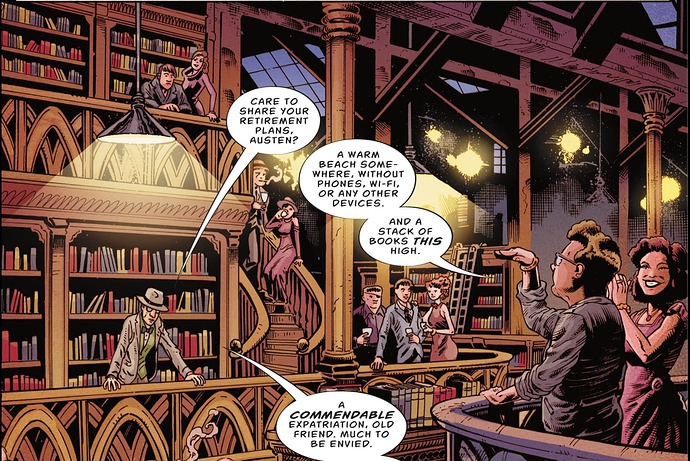 I wonder if anyone else has discovered that the Community Homepage can be zoomed out or if it’s just a mobile version thing.

I just tried this on my computer and it also works.

Now I can also see what the hot topics are when I do that as I couldn’t before as I could only see the announcements section.

Thank you for pointing that out TheWifeOfJasonTodd.

Where did all of these Robins come from?

I first really learned a little about most of the Robins from watching that animated DC movies… Now I am getting more details by reading through Detective Comics for Tim, the Super Sons and also The Adventures of the Super Sons for Damian. I have read about Jason’s time as Robin when he is already Red Hood. Similarly for Dick as Nightwing I’ve learned about some of his Robin adventures during the Titans series I’ve also been reading. So… Don’t worry SteveTrevor2.0… It is quite a lot to take in and sometime I wonder if I’m also keeping track of them.

Where did all of these Robins come from? I have only knowledge of 1/3 of the Trinity and my singular focus becomes apparent when I read things like this. There are so many Robins. Just so many.

Ok I have not read many recent Batman comics, so if someone wants to show my ignorance feel free. I far from know everything. But my take being this is a Black Label book is that it is non-cannon, so this is an alternate take on Batman that has an army of Robin’s working for him. And most of them are not cannon Robins. (again feel free to prove me wrong I have not read almost any Batman in the last few years.

It seems like a weird choice to me only because the idea of a take on Batman with an army of Robin’s at his disposal seems like something that woudl warrant it’s own book, so weird they shoehorned it into a Batman/Bigby team-up which would seem to stand on it’s own without changing Batman from a more familiar take.

I feel like I am alone in the Fables fandom. Is there anyone else out there?

Due to money reasons I only read the first few trades of Fables until it was dropped on DCUI, so not a hardcore fan. But I do greatly enjoy Fables and it is in fact the only Vertigo book I have read. So hope you find some sollace in that.

In the off chance you don’t know this if you haven’t you should check out the video game “Wolf Among Us”, a great story and take on Bigby and supposedly there is a sequel in the works which I patiently wait to see never come out.

First off, I want to Applaud

You Guys Whole Heartedly you literally EVERYTHING You guys are doin’ with these Black Characters .

Jace Fox in “I Am Batman” has me Glued to these Pages. And I continue to buy it (even if I don’t have time to read it then) because I’m that invested. Good Reading. Great Supporting Case. Only thing is, He needs his own name. Keep everything else (including the face mask cuz it was a Dope design choice

) and Give him his own name . I think this is a Bat ready to fly

Nubia is the most Shocking of them All. But a Pleasant One . Making her Queen (A Black Woman ?! Queen of the Amazons ?!

) Amazing . And I’m astounded by it . I’m not caught u completely. So idk if Yara is Involved a lot but I do hope so and I hope she finds her way back to a book .

Im glad to Know that Duke is SOMEWHERE in the DC operating . I’ve always like the idea of Him and Black Lightning being in close quarters with each other but He too I feel like is a Great Character. The Outsiders have always been a Diverse crew . So, I’m always glad to see that they have somewhere to be in this Wide Open universe.

NOW TO THE NITTY GRITTY:

And I’m going to break this down.

“Task Force Z is GREAT. I was completely skeptical of the idea from the Gate but Red Hood is one of my Top 5 favorite characters . I don’t know if people are really giving it a chance but I think this is One of the Sleeper Picks of the Infinite Frontier.

Artemis is another one of my favorite characters, though not in the same vein as Jason (because she’s not used as much for story), I CANT WAIT to read “Artemis: Wanted” because she is a character that can really bring so potent and hard hitting story to the world at large.

I bring these two up to say - PLEASE KEEP THEM ACTIVE AND AROUND. Even if they don’t go back to being the Outlaws, they are two characters I will personally always keep up with and buy and support. I’m really hopeful for where they go in the future.

GIVE CYBORG SOMETHING TO DO ! There is no reason Cyborg should not be out in the greater DCU handling his own mission and assignments. His time as a Leaguer and a Titan makes him the most Flushed out character of that Team , next to Nightwing. He needs his own urgency.

LETS FIX DONNA TROY . This Dark Crisis opens up a very big opportunity to move the DC into the future BUT it needs correction in a few given places. Donna Troy should I have JUST AS MUCH URGENCY as Dick Grayson in my eyes. She is an awesome character who has been dealt a bad hand , but it’s not a hand that can’t be fixed with the right set of cards.
MY IDEA: Put Donna, Artemis and Yara in the same book. Yara’s origin is established. Re-establish Donna’s and Artemis’ places in the world.

WHERE IS THE REAL CON-EL !? Why has DC thrown away Connor ?! I understand Jon is now Superboy but Connor should be somewhere in a book. Even if it’s just Action Comics , Connor should still be around .

THE FUTURE OF THE DCU:

I feel like this Crisis can open the door for a lot of Characters and Teams to be Reborn and brought back. Just like the Justice being morphed back into Continuity with the Golden Age of Hero’s is a prime example of just that opportunity. I HOPE that we see the World being more flushed out and more established with what’s to come. I CANT WAIT tonSee what the Future may hold

You know me. I need lots of kids around.

I always love seeing on TV commercials for Titans for TNT and HBOmax. I don’t know why, I just do