Webtoons! We are taking over the toons on the web! I’m kinda bummed that Vixen is 7 coins per week, though.

Really? That’s surprising – I would think of the two DC Webtoon series, it would be WFA that’s 7 because it’s more popular.

Haven’t watched the video yet, just going from the title, I don’t know if I can fully agree. Like, these books are nice little dopamine hits, but I just don’t think there’s enough for me to pay money for it, unlike the other DC Batman books.

Well, WFA is the only comic I currently spend coins on, so I did buy an initial 100 coins, but I mostly just do the weekly free coin activities, so I’m still at about 50 coins left since last September.

Question for those of you who are reading it: how many issues of WFA are currently out? I haven’t read any of it yet because I wanted to wait until plenty of issues released so I didn’t have to worry about waiting for the next issue, like to binge read or something. Though with the topic of coins, is there a daily limit on how many coins you can get until you decide to buy more? I’ve never used Webtoons before, but I know some other storytelling apps/games have a similar daily system like that.

There are currently 42 issues, although they all go by very quickly.

Coins are usually bought with real world money. You can earn somewhere between 2 and 6 coins per week, usually on Sundays, by reading new series that they will highlight for you in the main menu screen on your phone (coins are only for mobile).

And a big thank you to @Jay_Kay for posting the link to the comic in earlier posts on the thread. I used it last night to start reading some and… I shortly found myself calling it a night at issue 25

Needless to say, it’s fun, I love it, and now that I’ve read some of it, I can now join the cool kids table finally

I have all of the issues up to this point (which took less than 24 hours) and… I’m in love (again). 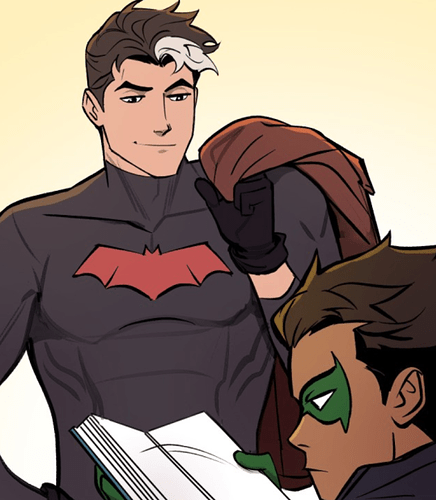 I can now join the cool kids table finally

The release dates for Zatanna and the Ripper and Red Hood and the Outlaws has been announced! 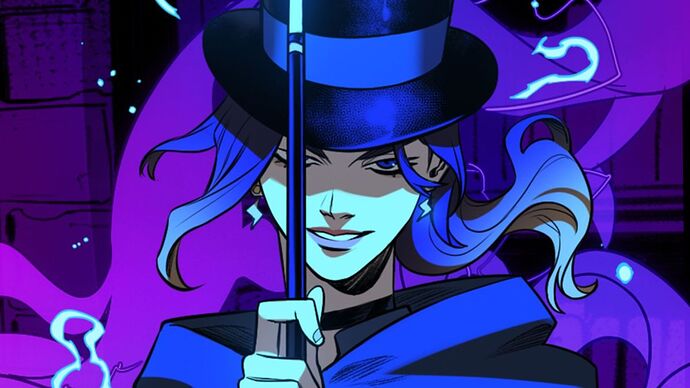 DC's Zatanna and Red Hood arrive on Webtoon this summer