For several reasons. As we’ve evolved into modern comics, representation of women in comics have changed drastically. I mean, just for myself, I got into comics in the in between of the Women in Refrigerators movement and the Hawkeye Initiative, which both discussed the physical and plot-based imbalance of female characters in relation to their male counterparts. I was you g enough to not really get what it all meant, but old enough to see that stories I hadn’t seen myself represented in yet were beginning to change and I was interested in that. I remember being REALLY peeved about the Young Justice cancellation when they blamed it on female toy sales.

It’s been a long time since I’ve heard anyone mention the fridging. I was just talking to someone about how I thought the efforts to empower female characters were sometimes overdone and often brought a lame element to a story. Don’t get me wrong, that’s better than half the human race feeling unwelcome as readers. Don’t get me wrong a strong woman is great when it’s done right.

Don’t get me wrong

Don’t get me wrong

They come off as lame because they’re not truthful. It’s added in as a “well we’ve got to empower her somehow or those women’ll complain again grumble grumble!”
Trust me, I know exactly what you’re talking about.

Yeah, I’m pretty sure it was Spider-Man. I think it was the issue they found out Harry used some kind of substance (I can’t remember what)?

Are you talking about the Green Arrow issue that has Speedy shootings up heroin on the cover? 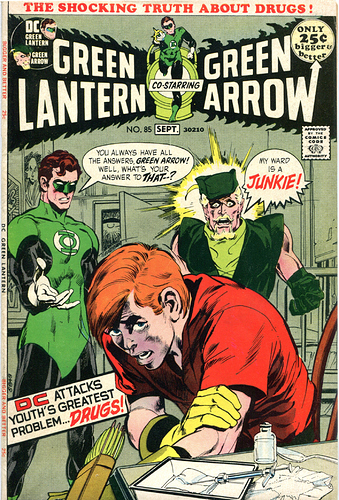 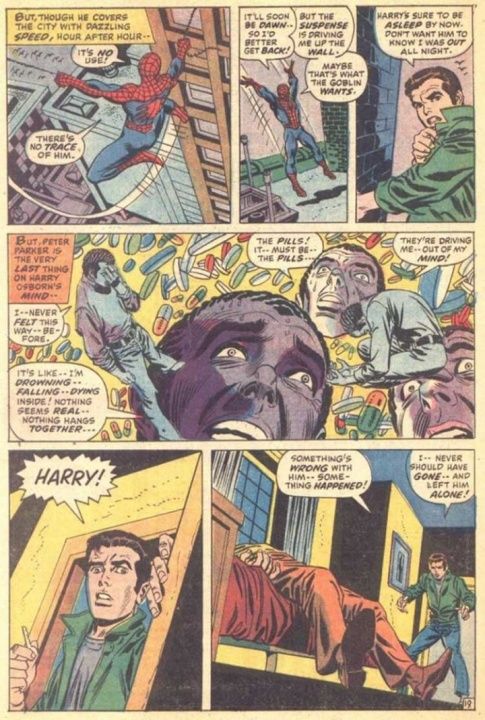 I think they amended the code by the time that issue was released. Big anti drug effort

Cool I was worried that might come across the wrong way.

The Comics Code Authority (CCA) was formed in 1954 by the Comics Magazine Association of America as an alternative to government regulation. The CCA allowed the comic publishers to self-regulate the content of comic books in the United States. The code was voluntary; there was no law requiring its use, although some advertisers and retailers looked to it for reassurance. Some publishers including Dell, Western, Classics Illustrated and Treasure Chest never used it. Its code, commonly called "the ...

Voluntary…well…they made them an offer they couldn’t refuse

If you look underneath the W in Arrow, you’ll see the Comic Code there.

Yeah, I know. That’s why I asked if that was the one he was talking about, because it doesn’t fit the discussion.

There are some crazy stories about what was approved and what wasn’t.
The comics were sent to the regulators for a seal of approval.
I heard Stan Lee describe how one panel had to be edited because the regulators thought the smoke coming ouit of a gun was too big.
He had his artist change it to be smaller and it was approved!

Oh, sorry.
Have to read better.

No reason to apologize at all.

I wish tone could be better conveyed through posts.

I completely agree. (sincere not sarcastic)