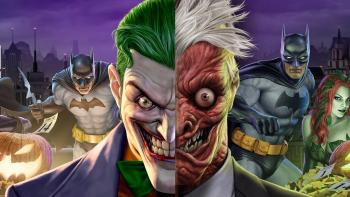 To honor acclaimed artist Tim Sale, the @DCAnimatedClub and @DC-TV-And-Movie-Club present watch-alongs of Batman: The Long Halloween, Parts 1 and 2.

Important things to mark down on your calendar:

Batman: The Long Halloween Parts 1 and 2 are available on physical and digital media, while also streaming on HBO Max.

Where to chit-chat about the movies:

In this thread, for both movies and at the above dates and times.

Meanwhile, here are some other Tim Sale tributes from around the DCUI community to check out:

Honoring Tim Sale, A Super Artist for All Time

[image] Greetings, @ModernAgeSupermanClub! Last week’s passing of acclaimed artist Tim Sale was the latest Artist’s Artist we’ve had to say goodbye all too early to this year. Like Neal Adams and George Perez before him, Sale worked his magic on many a famous comic character, but his magic shined especially bright when it came to The Man of Steel himself, Superman. To honor Mr. Sale’s legacy with The Man of Steel, you can take your pick of the following reads:

From @Jay_Kay and the World of Bats club:

Hello and welcome to the World of Bats, the Batman Book Club! This is the start of another Casefile, where we set a whole month to talk about a longer form of a Batman story. This month, we’ll be celebrating the legacy of artist Tim Sale, who recently passed away, by looking at some of his last work on Batman, the maxi-series and sequel to The Long Halloween, Dark Victory. We’ll also be looking at Sale’s last published Batman work, “The Long Halloween Special,” which was released last October. …

From @JKoco17 and the DC Fan Art Club:

[TimSaleTitle] Hi @DCFanArtClub, I wish we didn’t have to do these so often, but we need to take a break from our previously scheduled activities to remember another artist that the world lost this week. Tim Sale passed away on June 16 at the age of 66. He was best know at DC for Batman The Long Halloween, Batman Dark Victory, Superman For All Seasons and Catwoman When In Rome. DCUI has put together a page that brings together all of his DC work here. [TimSaleCollections] He had a unique…

From @HubCityQuestion, and posted on the DC Comics homepage: 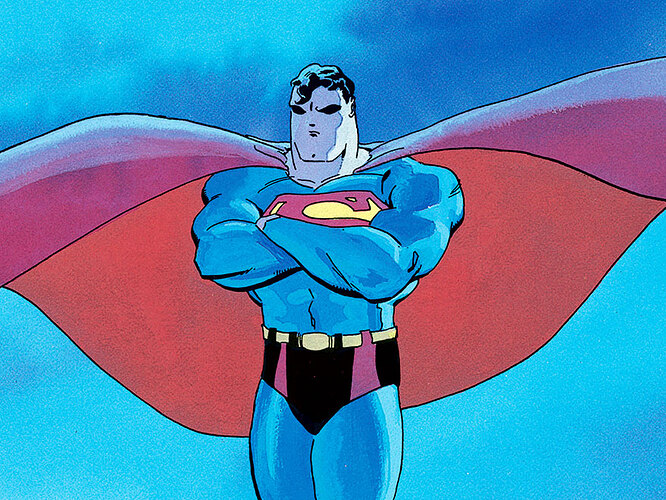 We’re not sure who it was that first compared Tim Sale to Norman Rockwell, the 20th century painter who captured the soul of America at its most idyllic.

The DC Animated and DC TV & Movie clubs look forward to seeing you, this coming Thursday and Friday!

You’re welcome to bring Halloween candy, if you like.

Tonight tonight!!! This is in about a hour right? Right?

Thank you for the reminder!

I’m queing it up now. Hopefully we see @Vroom soon!!

My PC is being soooo sloooow…

This is going to be one long Halloween.

Just droping by to say Hello, this is such a great two part film.

“He believed that one man could bring the world from chaos. Do you?”

Sort of makes you wonder who he’s talking about there…

Always love when these movies use images from the comics, really makes the movie feel like a proper tribute.

I’ve never seen them, so I am looking forward to seeing them for the first time. I haven’t read the comics either though.

Ohhhh, I like the voice cast. Sad about Naya though.

Really? Wow, definitely looking forward to seeing your thoughts then.

And yeah, what happened to Naya was tragic.

I struggle with a lot of Batman stories. His attitude often rubs me the wrong way. He is often rude to those he loves. Almost abusive in some ways.

Poor Alfred, he just wants some proper trick or treaters, y’know, people who are allowed to dress up in costumes at night.