idk but i’m getting my make up ready 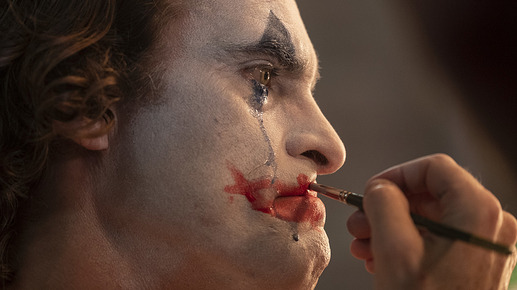 Apparently a voice chat that you can tune into but not breaking any news.

Who’s this…Erik Davis fellow? Someone with WB, or an entertainment news reporter?

Entertainment blogger/reporter/interviewer with Fandango , Rottentomatoes is listed in his bio too. Not sure if critic or blogger from there.

bamboozled! hoodwinked! I hope they a least drop some facts to clarify any misinformation out there… i’m just desperate for any ‘new’ news

They’re saying the one test screening they had, Batgirl tested as well as the It movie from 2017 (made $700 million) and the upcoming Black Adam movie.

One thing I found interesting is that Umberto Gonzalez the co-host said that David Zaslav is fixated on the Trinity instead of any secondary characters — but they’re still developing Black Adam, Shazam, the Flash, Aquaman, etc, who are arguably including many secondary characters. Non-comics fans probably don’t even really know who Black Adam is, I would imagine.

but they’re still developing Black Adam, Shazam, the Flash, Aquaman, etc, who are arguably including many secondary characters. Non-comics fans probably don’t even really know who Black Adam is, I would imagine.

Right? That logic doesn’t make sense to me. Why not drop these movies then? I could only think WB wants to keep Dwayne Johnson and James Wan in their camp. 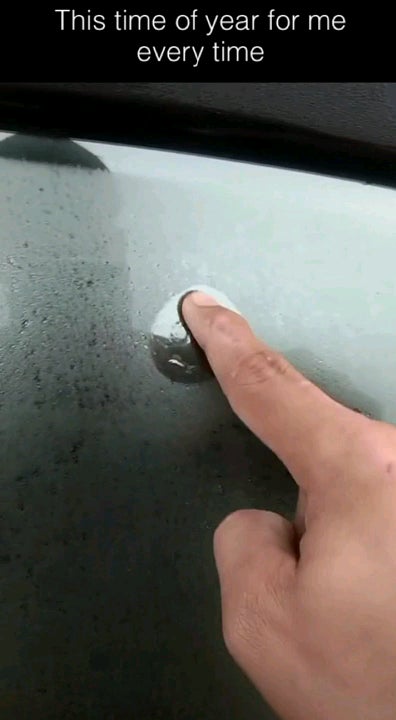 It’s going to be alright.

Y’know, I gotta’ say that all this talk of tax laws set in stone and how there’s no way the IRS’ll ever let the movie be seen stuff jogged a memory on the subject for me this AM.

The year was 2007 and the ex monster and I had been invited up to his defense contractor lobbyist mother’s Manhattan condo for a black tie shindig that featured the elite of the D.C. political machine in attendance. After landing at LaGuardia and checking in to our hotel I slipped into this gorgeous little black cami-shouldered vintage 1959 Chanel cocktail dress that I had picked up at an estate sale two years prior (GAWD I miss my closet from those days

) and then me and the monster town car’d it a couple of blocks over to his mother’s place on the Upper West Side. When we arrived at the soiree the scene was pretty much what you’d expect- politicos, media figures, socialites, cause minded celebs (I saw Vince Vaughn there- Mel Gibson was supposed to be there as well but I don’t remember seeing him), and think tankers all gussied up in their tuxes and formal dresses snootily hob knobbing the night away within the gilded surroundings of the montser’s mother’s sprawling Central Park West environs. So, after working the room for a bit I happened to spy out of the corner of my eye a very learned-looking older gentleman sitting on one the many sofas in the room alongside his wife and one or two other party guests. Upon closer inspection, I realized it was Vermont Senator Patrick Leahy, long-time congressman and avid DC Comics/B’Man fan. In that vast wilderness of snobbery-saturated muckety mucks I saw Leahy’s presence as pretty much a huge relief- somebody that I could maybe talk to who shared a mutual interest. So I sauntered over to where he was sitting, politely introduced myself to he and his wife and told him that I am a huge DC fan as well and to my surprise his response was “Well pull up some sofa fellow DC fan!” and we proceeded to spend the better part of almost a half hour comparing notes on and discussing our favorite characters and moments from the comics. I think that the senator felt the same level of relief that I was as he had found someone in the room who wasn’t attempting to engage him in some sort of quid pro quo based shop talk, so the conversation was effortless and less labored on his part. Anyhooo, in an effort to shorten this already long story I’ve told, towards the end of our conversation I do remember somehow the conversation moving to aspects of the political variety, more specifically to matters of the entertainement world and fiscal policy and I’ll never forget what he said in regards to policy and big movie studios: “This is an arena that’s as fluid as the Potomac River” he said. “Nothing is ever set in stone and you can bet that there’s always someone in one of the caucuses who’s sitting on a bill that will change the landscape in a moment’s notice.”

Yeah, so this set in stone thing as far as IRS policy is concerned… mmm- more like set in sand, especially in today’s corporate culture friendly legislative environment. I’m quite sure that we’ll see the Batgirl movie in some form or another a few years down the road, if not sooner.
Mm hmm.

TLDR; ‘Strange Adventures’ the DC Anthology series for HBO Max is a show he wrote for and was informed that it is dead. He also thinks the Green Lantern show for HBO Max is dead. Mentioned in passing that Supergirl (movie) is too. He talks about the plot for one of the episodes for Strange Adventures he wrote (sounded cool). He’s shocked by Batgirls cancelation and handling of HBO Max by the new regime. 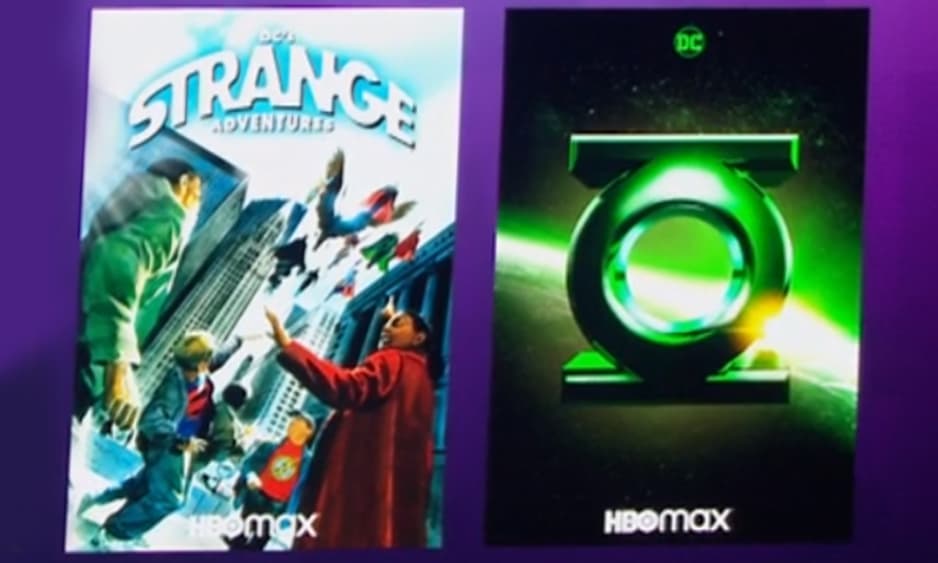 I think it is understandable that they drop a bunch of projects that haven’t starting filming yet. If they have Harley/Titans/Doom Patrol/Superman & Lois/Stargirl all going on in 2022, it’s not like the next DC series is going to bring in a bunch of subscribers (unless it is season 2 of Peacemaker). They don’t need 10 DC shows to maintain their subscriber level.

But they can’t be doing daffy nonsense like burying already-filmed projects that have JJ Simmons as Gordon and Michael Keaton as Batman, and the reason they can’t is the avalanche of bad press, the signal it sends the creative community, as well as the appearance of instability at HBO Max.

Bu-bu-but @DC89, all of DCUI’s top tax law experts said that this could never happen!

it’s the name of a type of bird

One thing I found interesting is that Umberto Gonzalez the co-host said that David Zaslav is fixated on the Trinity instead of any secondary characters — but they’re still developing Black Adam, Shazam, the Flash, Aquaman, etc, who are arguably including many secondary characters. Non-comics fans probably don’t even really know who Black Adam is, I would imagine.

First, those movies are already done, so they’re not developing anything.

And second, those are theatrical movies, and David Zaslav doesn’t seem to have much of a problem with those.

It’s the streaming super-hero movies designed for HBO Max that he doesn’t feel are worth the cost – because he doesn’t feel that they would increase the subscription numbers that much. And he didn’t feel that Batgirl was a good enough movie to put in the theater. And so here we are…

As for those movies: Shazam is probably done after this second movie.

Aquaman is probably done too after this second one, I would think. And that’s because I wouldn’t think that they would be bringing Jason Momoa over to whatever this new 10-year plan is going to be.

The Flash: well, Ezra Miller will probably no longer work at Warner Bros.

So that takes care of itself.

And if all of this is an elaborate act that Ezra Miller is putting on, then well played, and I take that back.

Because have there actually been any charges filed yet? I haven’t been following it at all, so if all of this stuff is real and not a performance that Ezra Miller and a bunch of other people are putting on, then so be it.

Anyway, Black Adam: I could see them bringing that over to this new 10-year plan. Because that doesn’t have any ties to anything Zack Snyder did, does it?

(And the Henry Cavill thing… whatever. That’s been over since at least 2019.)

So if The Rock delivers, then Black Adam is probably good to go.

I have my doubts about that movie though. I’m thinking one and done, and “Thanks, Dwayne. It was great, and we’ll work together again on something in the future.”

But of course I could be wrong.

No, I shouldn’t be that way. But they’re not the Justice League. And if David Zaslav wants Superman and rest of the trinity, which all reports says he does, then the JSA are not happening. Or they may lead into the Justice League if Black Adam does well. I could see that being part of a plan.

Oh, and the Sasha Calle Supergirl may come along too, but I guess she may be too linked to Zack Snyder’s stuff, so they would probably have to make fairly substantial changes to The Flash in order for her to work.

Because I’m assuming all of this 10-year plan and everything is to finally turn the page on the Zack Snyder era. So anything that has any ties to it will be not be happening. Like Batgirl, considering that the J.K. Simmons Commissioner Gordon was going to be her father. So that is still a continuation of the Zack Snyder universe.

So everything going forward are things that have nothing to do with what Zack Snyder was doing. And that I assume is this new 10-year plan. 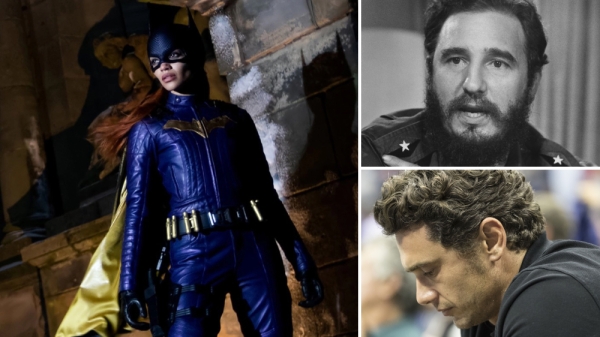 It wasn’t a great week for Latinos in Hollywood, but I’m sure many of you knew that already. Between Warner Bros. axing the release of “Batgirl” starring Leslie Grace, HBO Max canceling the coming-…

This is another sad aspect about Batgirl being axed. Latino representation in Hollywood is rare enough as it is.