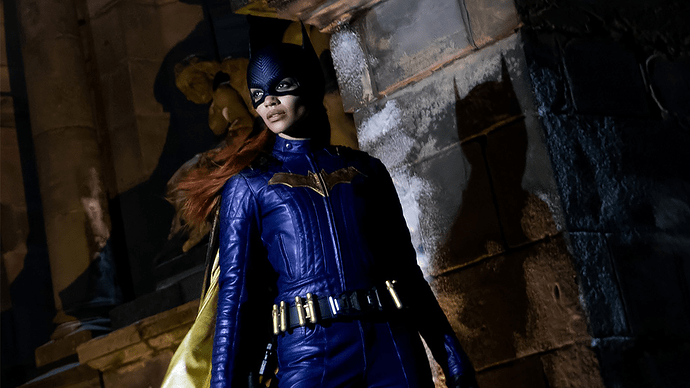 I was just about to post this. I am really disappointed. Of course, given the shake-up at Warner in some ways it’s not surprising, especially given how much they have cut of late.

Here’s the story from The Hollywood Reporter. 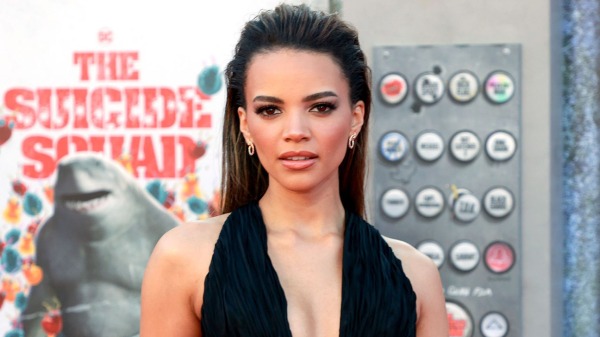 ‘Batgirl’ and ‘Scoob!: Holiday Haunt’ Scrapped at Warner Bros. Amid...

The DC feature was budgeted at around $80 million, with costs rising to nearly $90 million due to COVID-19 protocols.

The film was nearly ready for screenings. I still wouldn’t have been happy but I would’ve understood if it was still in the development stage or somewhere early on in location filming, but now? Why?

If this is true and it stays that way, this will have to go down as 1 of the absolute dumbest decisions in movie history. To be done filming an entire $90 million movie and then just completely dump it? What in the absolute hell are they thinking? The reported studio emphasis on theatrical films doesn’t remotely justify this decision, since you can still release occasional movies on HBO Max while still putting the focus on theatrical features. I’m really hoping this is a case of WB only temporarily shelving it while they decide how they’re gonna release it or maybe there was some pretty big miscommunication, because no other explanation I can think of makes remotely any sense

Also, if they really are willing to just flush $90 MILLION down the drain, then maybe my assumptions that The Flash movie, which definitely cost even more than this, will still be coming out despite all the controversies surrounding Ezra Miller will also be proven wrong…

It sounds like it might get much worse. There’s rumors of HBO Max being totally killed off and bloodbaths coming to every division soon. I’m especially worried about the future of DC Universe now. I hope it’s not true.

I still wouldn’t have been happy but I would’ve understood if it was still in the development stage or somewhere early on in location filming, but now? Why?

Exactly! There have been plenty of DC movies that were reportedly being developed but got little to no updates afterwards so we just assumed they were dead, whether that got confirmed or not. It’s to the point where I don’t assume a movie is actually being made until it starts filming, so the fact that BG was nearly done should’ve left no doubt about its release. This is just baffling on so many levels, and none of them good

Remove the ‘reportedly’ from this.

Re: the future of HBO Max, the only person saying anything at all about that subject is Grace Randolph, who is a proven hack whom nobody in the Entertainment News industry respects.

Scrapping things like Wonder Twins ‘before’ filming was ever done is one thing but Batgirl’s finished filming. Like come on…

I’ve hoped for DC to get their stuff together, I’ve jumped back into the hype for their live action films in the recent years.

Hoping their interconnected plan between Flash to Batgirl via Keaton and whatever else Sasha Calle’s Supergirl pops in would be something to look forward to but with Discovery coming in and slashing down things left and right idk what’s there to really look forward to when a whole movie like this can be scrapped smfh.

This is sad, I’d been really looking forward to it. Hopefully the information turns out to be false.

Pretty much every one of the major Hollywood Trades has corroborated the story.

I get that it’s probably true at this point, but until we get official word from WB or anyone involved w/ the production, it’s still technically “reportedly”

I have to agree that it is stupid decision. Why just flush a $90 million movie down the drain? Back in the day, if a studio decided not to release a movie theatrically, they would just release it to television and still later Direct to Video. “Direct to Streaming” is kind of the 21st Century equivalent of that. At least if they release Batgirl to HBO Max they would get some good out of it. This way, they get zilch.

That’s not how the Entertainment News industry works, especially when most of said industry is reporting on something and independently confirming its veracity.

Wow, this is huge news. If this is true, this is nearly unbelievable. I would love to see this movie. I can’t imagine just not releasing it after all the work that has been out into it.

Though, if DC needs anyone else to screen the movie, I volunteer as tribute… just going to put that out there.

Batgirl was shelved because it was a “Direct to Streaming” project, and Warner Bros. Discovery’s new ownership has different priorities.

Also, similar news about Blue Beetle and Black Canary being abandoned is probably coming down the line soon, too.

This is ridiculous. Really. Like why not put it out there when they are finished filming or are close to it. Why waste the time and money on this film to just stop. And people wonder why Marvel is doing better than DC film wise

Because the film was Streaming-exclusive, and that isn’t where the priorities of Warner Bros. Discovery ownership lie.

Also, similar news about Blue Beetle and Black Canary being abandoned is probably coming down the line soon, too. 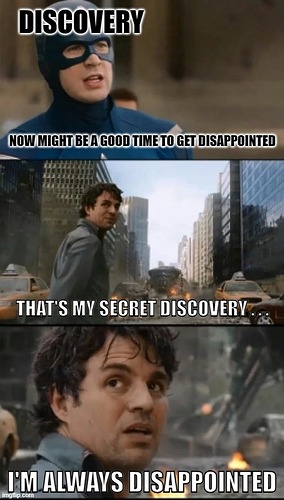 This was seriously the only upcoming DC movie that I cared about.

Then it would make more sense to just scrap the for-streaming movies that have shot little to no footage, not a film they already sunk $90 million into. Do you honestly think this makes any sense given the circumstances?