Your favorite Superman story from a Superman title. 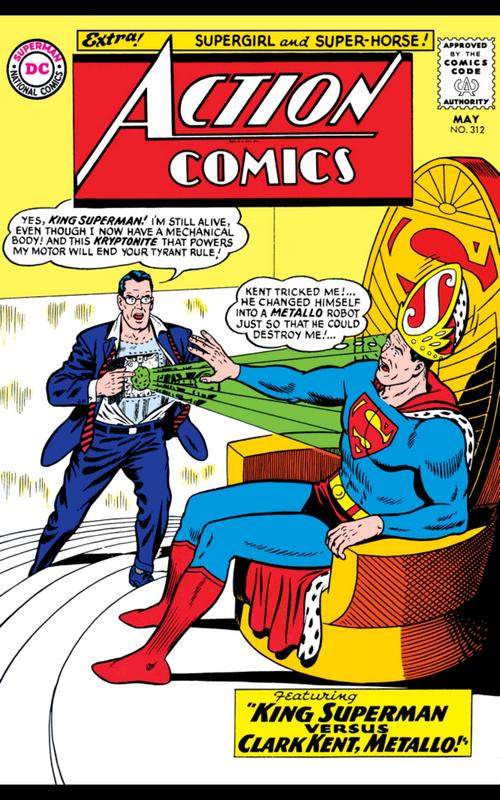 The Byrne stuff is all available on DCU for those interested.

Here are some of my favorites

Man of Steel by John Byrne

For Tomorrow by Brian Azzarello

For the Man Who Has Everything by Alan Moore

Whats so Funny about Truth, Justice, and the American Way? By Joe Kelly

Our Worlds At War

I always looked at Kingdom Come as a Justice League story, but if people are counting as a Superman Story then I would most certainly add it to my list.

I love many, but Exile is my favorite. There’s just something really cool about a cosmic Superman epic story. Also I will go to my grave believing Exile to be the inspiration behind Planet Hulk, which is also an awesome story.

Exile is fun. So too was Planet Hulk.

I really like the long TV pilot episode of Lois & Clark: The New Adventures of Superman, the repartee between Lois and Clark, Clark and Perry White, and Lois and her sister - it was funny and witty. I liked the interaction with Clark and his dad (do you need money, no, I’m wiring the $, things are great (not)) - it was realistically sweet. It was just a well-made, feel good movie.

@dc2 I agree, that was so refreshing and captivating at the time. You could tell the cast enjoyed each other.

another one of my favorite mind-bending Superman stories is final crisis specially issue 7 we’re somehow Superman’s going to restore reality from a bunch of microscope slides. 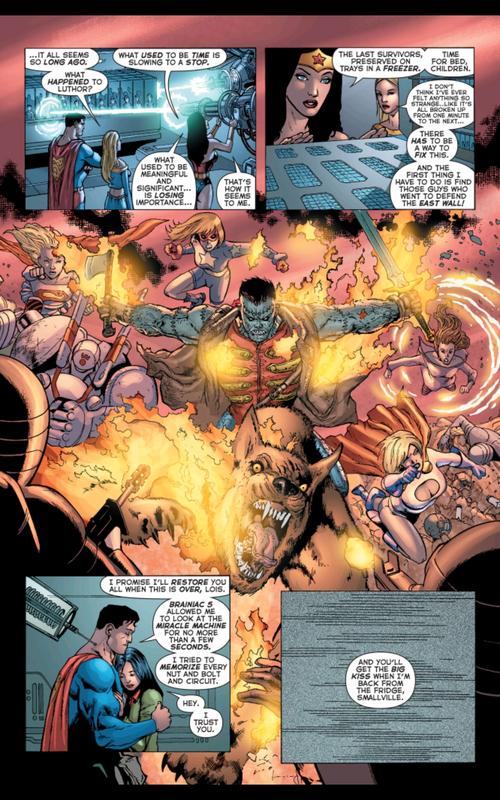 The version of The Death and Return of Superman I know and love is the novelized version by Roger Stern. I felt a lot of emotions reading that book (and I cried a lot too).

I’ve been reading Superman comics since I ten in 1966 so it’s hard to pick one particular favorite story but I give it the old college try–and maybe pick a few. Okay?

Some typing errors messed up that post. What I wanted to say about “The Man Who Murdered The Earth” was that it was a rare story for its time as it focused on Lex Luthor and his greatest regret. Luckily Superman pulls off one of his most spectacular saves. God, I miss Len Wein so much. At cons in the seventies, I got to chat with Len on a few occasions. He was a kind, gentle man who always had time for his fans–who he knew by name. And of course, he was one of the greatest writers this medium has ever seen. Please do yourself–and his memory-- a favor and seek out his work on this app. You will not be disappointed. And when you’re done here check out his Marvel contributions–most notably his Amazing Spider-Man run.

It was great fun when Len W, Al Migrom, Marv Wolfman and Walt Simonson descended upon humble Ithacon 3 back in 1977 (or 78).

@Don-El, When I was in high school in the early seventies my friends and I interviewed Len Wein and Marv Wolfman for our little, self-published comic fanzine during one of Phil Seuling’s NYC Comicons. We went to a McDonalds on 34th street and sat with these two icons for about an hour talking about comics. Of course, we were star-struck but we had a great time. Good times.

Wait right here a minute, @baseballmaniac01.45870 , I have a little something from back then you may get a grin out of…

During Ithacon 3 or so, I am pretty sure around 1977, but maybe 1978? in Ithaca NY, Al Milgrom and buddies were featured guests. Al at the time was single, and in my mind anyway was kinda flirting with my gorgeous wife. So, I asked Al to draw something for me: a sketch of himself in an Ant-man outfit! Here he is in his then-bearded glory!!! 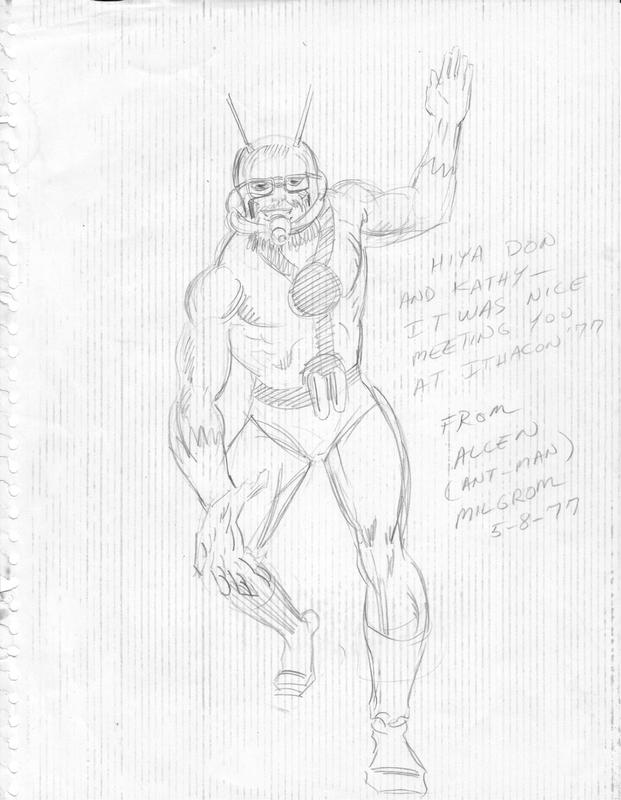 @Don-El, that is awesome! How great were conventions back then before corporate greed turned them into cash grabs?

Love the topic of this thread