Your favorite Superman story from a Superman title.

Mine is without question The Death and Return of Superman. After that, I’m a fan of (in random order):

Those are a few of mine. What are yours?

i know i’m missing a few but those are what came to me right away.

D’oh! I forgot For Tomorrow. That’s an underrated gem.

Back in 2009 James Robinson did a typically out of the box surprising plot line, “Superman: New Krypton”, involving 100,000 Kryptonians from Kandor being saved from Brainiac and restored on a new planet exactly opposite of Earth circling the Sun. This is followed by a beautiful 12 issues series “World of New Krypton”, where Superman commits to living among his people instead of Earth . So, imagine a world of 100,000 super-powered beings, any of which, infant to adult, on a bad hair day could just come and wipe out a continent over here on Earth!

In the past year the Supergirl series on CW has started to lean into that idea by having a surviving Kryptonian city take over a planet shall we say flying distance from Earth.

While I continue to greatly love the new 52 explosion as well as Rebirth, one of the sad things about Flashpoint and New 52 is that great storylines like this were lost from the current time stream.

Some striking covers from Superman: World of New Krypton circa 2009 2010. 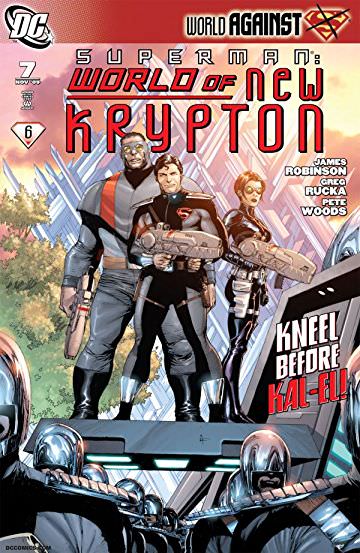 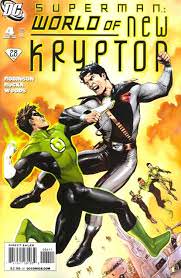 The New Krypton saga and everything within it was solid. Plus, it brought back the triangle number reading order and the Superman line was interconnected like it was from 91-02. I only have the Action and Superman issues from New Krypton along with the Last Stand and War of the Supermen minis (sold all of the other stuff) but I should give those books another read.

Thanks for bringing up New Krypton =)

The cover to World of New Krypton #5 is my favorite of the series. Really like how it evokes Donner’s Krypton.

I keep selling parts of my collection because we just don’t have that much room, but one thing I still have is the 12 issue run of World of Krypton featuring Superman in his gallant Kryptonian Soldier uniform.

Did you buy the DC Direct action figure of Superman in that outfit?

Wow, that’s really tough! I’ve been reading Superman since 1966 and have obviously read many great and wonderful Superman stories. But the one I always keep coming back to is “For the Man Who Has Everything” by Alan Moore and Dave Gibbons. It’s timeless and quintessentially Superman. Buy, beg or steal (no don’t do that–that’s not quintessentially Superman) a copy of Superman Annual #11 from 1985 and revel in one of the greatest comic book stories ever written.

I looked up the DCD New Krypton figures on eBay just for kicks. It’s amusing what some sellers think these will hopefully sell for. These came out in what, 2010? Some people think they’re worth $200 for the set. If I was interested in them, I wouldn’t pay much more than retail at this point.

Anyhow, Superman Annual #11 is a humdinger of a read as is “Whatever Happened to the Man of Tomorrow?”.

Yeah it looks like about $49 is the going price for a trustworthy source for the Superman: World of Krypton figure. I had no idea it would look that cool. I really like the pattern on the legs , one mainly black the other mainly grey… very super, yeah it’s super!

I liked all star Superman scrolled down first to see if anyone mentioned it and Redhood was on it but still put my 2 cents in.

I’m a sucker for the John Byrne Man of Steel miniseries from the 1980s. As many problems as I have with the run that followed it I think it stands up as a the best reboot the character ever got (and I do love Morrison’s Action Comics run from the New 52) since it covers all the bases you’d expect from his origins on Krypton to the relationship with his human parents and Lois to the first meeting with Batman and Lex. Plus the art by Byrne and Giordano is some of the best.

The 80’s Supermam relaunch just might be my favorite run on Superman in general. Byrne’s art is wonderful (as is the work of the other artists), the new and relaunched characters are great, it introduced one of my favorite Superman ongoings (The Adventures of Superman), Booster Gold and Superman had a duke-a-roo, the Action team-ups were great and it introduced the idea of Lex being a financial blowhard who thinks this is his world and we just live in it. Lots of great stuff in this whole run. 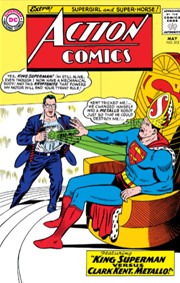