This is a thread for fans of the Young Justice animated series. If you plan on watching or are not caught up, there may be SPOILERS in this thread so you’ve been warned.

What are your favorite episodes? Favorite characters? What do you think is going to happen in the 2nd half of season 3? What do you want to see in the future of the series? 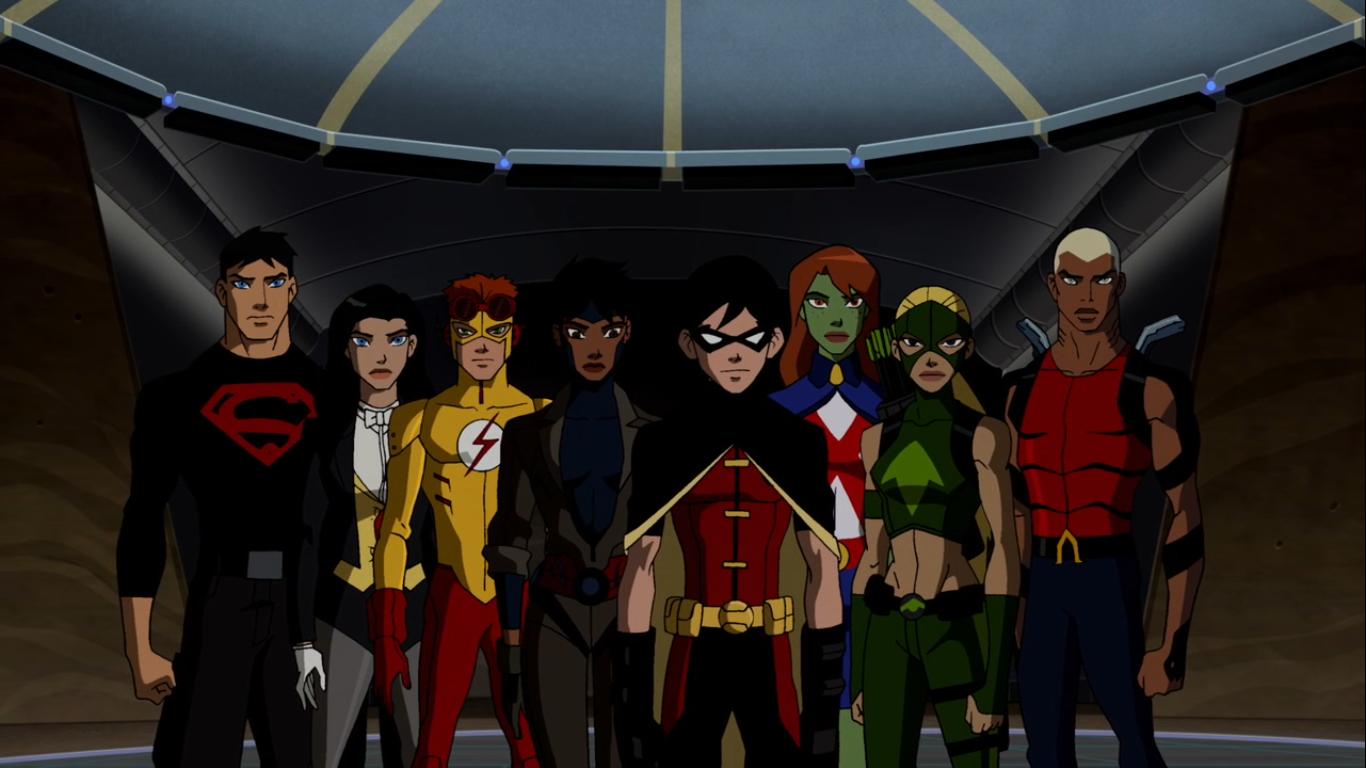 I am happy that young justice will return on July 2nd cannot wait to see it. I wish that Disney would get up with Universal Studios and become partners.

Im also excited for the show returning in July. Especially since for me most of the shows I follow arent airing in the Summer.

Heres hoping for a season 4 renewal announcement as we get closer to July.

One of my all time favorite Young Justice episodes is Denial in the first season.

Ive never really known much about Doctor Fate, going into this episode the only thing I really knew about Fate was that he was crazy powerful and he dealt with the magical side.

And after being introduced to Kent Nelson and the dynamic that Fate is tied to the helmet and how anyone wears the helmet signs their life away, I can honestly say Im a fan. Its an interesting and unique dynamic and I really liked how we got to learn about it through the eyes of Wally who is one of the more “relatable” heroes on YJ.

Also we got Klarion! Nuff said. Klarion is such a twisted little demon kid, Im honestly really glad we see him in the show. Its one of the things I love about Young Justice, its the fan service to the hardcore comic book readers. I like how there isnt a single character in the show that isnt from the comics(as far as I know).

Besides the obvious, I think my favorite character in Young Justice would be Superboy. I really love his character arc, moving from someone who distrusts the team, to one of the cornerstone characters. I also adore how he grounds Miss Martian, pulling her back from abusing her powers. I think many people would expect her to be the moral compass and so I do appreciate that it was taken a different direction.

As for my favorite episode, that would have to be Coldhearted. I think that it perfectly captures what being a hero means. Rather than focusing on the huge battles and the more obvious action, it’s all about saving one person. It’s great character development for Kid Flash in particular, who moves from feeling jaded about not being able to take part in defending the planet, to recognizing that saving just one life is a hero’s duty. I may or may not cry every time I watch it.

When they come back on 4/2, are they releasing 3 episodes or just one?

@Zatanna Coldhearted is definitely one of my favorite episodes from the whole show. Even though I might prefer some of the other heroes, I really think Wally is the most relatable character to normal kids, when the episodes follow him, he seems to have a very genuine point of view.

Nightwing and Superboy are my favorites, I know, cliche to pick the Superman and Batman heirs but I really like how they both have evolved over the course of the show. In the first season, Superboy was like this raging uncontrollable Hulk of the team and Robin was this “trickster” hacker type

And now in Season 3 Nightwing and Superboy are the senior members who almost have a mentorlike relationship with the younger members on the team.

I also like Aqualad and Halo a lot. Seeing where Aqualad was at in the 1st season, the leader of the team and the most level-headed and mature yet he still had his internal struggles. And now in season 3, hes in his prime as a character imo.

Kaldur’ahm and Artemis are two of my favorite characters on Young Justice. I loved how each of them had to deal with a blood relationship with a villain and how they handled/responded to how those relationships worked out. Artemis learning that she could choose a different path from her father, but still know enough about him to know how to get through to him when the moment called for it, was a fun thing to see. Plus I love how her relationship with Cheshire has been portrayed – they don’t see eye to eye but it’s clear how much they care for one another.

Meanwhile, Kaldur’ahm had to learn what it really meant to be a leader and why the role was suited for him – and then he had to wrestle with an interesting dynamic with Black Manta. While Manta may have been a villain, he truly cared for his son, which made Kaldur’ahm rather conflicted when he had to stand against him.

I would say Summit is one of my favorite episodes, in how it neatly lays out how everything came together regarding how The Team exposes The Light’s plans and earns a major victory.

Evolution is another episode I enjoy. It does an excellent job of fleshing out Vandal Savage’s backstory, making him one of the most complex characters on the series and showing why he believes so much in “survival of the fittest.” It makes it harder to write off his approaches as simply the dealings of a madman, but rather somebody who believes in the importance of evolution and the survival of the human race.

I very much look forward to the next part of Season Three. July can’t get here fast enough.

Summit is definitely one of my favorites. That was a great episode.

I also like the Fix from season 2. It had some great action with Artemis and Deathstroke vs Miss Martian and Lagon(?) And the whole journey into Kaldur’s mind and seeing pieces of ruin from Atlantis and pieces of Kaldurs past. Plus we got to see Miss Martian and her internal struggle and the regret she carries for breaking Kaldurs mind.

It would be pretty amazing if we got more of Damian and Jason.

That Red Hood easter egg was so awesome to see, it makes sense too if you’ve read the Under the Red Hood story or watched the movie. Ra’s Al Ghul was the one who resurrected Jason, it makes sense that Jason would be with Ra’s for some time before returning to Gotham.

Unless they decide to change it up and let us see the Red Hood storyline unfold with Young Justice, might be hoping for too much but man that would be amazing.

Okay, I’m so glad I found this chat cause I was going crazy, checking DCUniverse daily to see when the next episode of YJ aired.

I watched Nightmare Monkeys (episode 3.12 I think) and did anyone else catch what the monkey said to Garfield (Beast Boy) about the “conservation of matter”?! Two things I must also note about this is that the monkey had Wally West’s (Kid Flash) voice and the line followed the flashback of Wally disappearing. So is anyone else thinking that this may play in to future plot points and the return of Wally West?!

Also, Coldhearted is a beautiful episode for Kid Flash. It shows a bit of his development and maturity.

But, my all time favorite, has to be Misplaced. (Season 1 Episode 19) And it’s not even because of the minor moments of major plot development, or the incredibly awesome fight scene.

It’s because Captain Marvel (Shazam/ Billy Batson) is the hero that ultimately saves the crisis because he becomes the link between the two divided realms of adults and kids.

“It’s up to Billy Batson to save the day!” I freaking love that! And when he finally gets to the cave as Shazam and realizes he can travel between the realms and he transforms back into Billy and the Team is in the cave like “who dafuq is you?” and then Billy says to Kid Flash, “WOW Wally, do I really have to bring you nachos and…” I forgot the rest, but it was so witty and cute.

We also get to see Superboy’s adorable patience with the kids, and Artemis messing up nursery rhymes and the little ones laughing at her. Definitely my all time favorite episode.

Since Cyborg has always been my favorite, I want to see what he brings to the young Justice as a technological badass.

I just can’t wait to see more Cyborg, either! I was so excited when he was introduced and have loved the direction they went with his character. It’s complex, compelling, and translates so well to an animated medium. His look is just awesome.

@.Princess_Jewels. That episode is great! The writing was clever and I liked that they dove deeper into the magic side which is a fun and more mysterious side of DC.

Plus Klarion is great.

My new favorite character is Halo…
She’s so cute and adorable and a bit of a badass and she don’t even know this yet
.whats ur thoughts on Halo

Halo is a badass character. The dynamic with her an Brion I thought was handled really well and her different powers revealing to her in times of need.

She also seems like one of the most powerful members on the team with all of her diferent powers.

Is this why episodes 14+ locked since the show doesn’t return until July?