World of Wonder is back for another week! Thank you everyone for joining in on last week’s reading.

This week, we will be continuing Pérez’s Wonder Woman run (#7-9) as well as reading Wonder Woman’s current ongoing series (#51). It’s a perfect jump on point for the Wonder Woman Rebirth title. 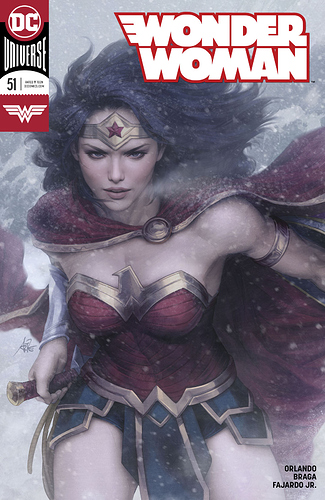 Wonder Woman #51 is an awesome jumping point!! Remember though that this arc is a filler arc while we wait for Witching Hour!!

Yup. It’s an easy point to start off. We’re building up to the Witching Hour! That’s why we’re reading Justice League Dark as well

And I get the feeling that The Witching Hour was also a bit of a filler thing for G. WIllow Wilson’s run on the book – as I recall, around this time she had a sudden medical emergency and while I don’t think they ever said that was the reason, I also wouldn’t be surprised if they decided that something that was going to be done just in JLD was decided to put in WW as well to make up for that time.

1: Well, these issues leave a lot of unanswered questions about the Cheetah, so while she gets more appearances later, I’ll say I was interested to see more of her. Myndi Mayer is also a highlight. There’s a later issue focusing on her that’s probably the best in the entire series.

2: Well, I mentioned this last week, but I think it’s an interesting dimension that suits the character. There’s an interesting tension between the very commercial task of actually spreading her message to the public and Diana’s need to remain true to her principles.

3: Barbara Minerva is a wonderfully despicable villain in this series. She’s great. I’m not quite as certain about Chuma, though. While he serves his role of making Minerva look worse for how she mistreats him, he comes across as a bit stereotypical. I sort of came around to liking him a bit better in later issues that focused on his perspective a bit more.

4: In classical mythology, the gods were thought to be, in a sense, like mortals, but moreso, greater in both virtue and vice. I think this is captured very well in this series. They’re bombastic, egotistical, and often generous, but just as likely to screw you over if it suits their purposes.

5: Sort of. It made me curious why Diana decided to bother with this villain in particular when she must stop all kinds of bad guys. Still, I appreciated it as a look at Diana’s sense of compassion.

6: I don’t consider them mutually exclusive. The moment with Deimos was a desperate situation, and a centuries-old fear god isn’t going to be as amenable to rehabilitation as a misguided young metahuman. And she did reach out to Ares. But I’m brought back to the issue that she can only do this for so many people. Why Mayfly and not, say, that Atomic Skull-looking dude they beat up?

7: Honestly, I really liked the art style. I love art that has this slightly stylized, colorful look to it.

I will say that this issue is just asking to be rendered non-canon by some later plot development with how it stretches into the future.

Also, the eagle suit just reminds me of how out-of-character Diana was in Kingdom Come.

Hey, neat! Looking forward to this one.

I like that it was not a simple, “She’s reformed!” The passing of time didn’t register with me at first so I was thrown off too.

I’m still unsure which I prefer. I guess it’s a case by case situation. We know a human can change, but a mad god? It does also depend on the quality of the writing because either can work or fail in any given scenario depending on the writer.

@Jay_Kay You think? I thought JLD had been leading up to the Witching Hour all along to coincide with Halloween. They would have had to have known G. Willow Wilson would have an emergency way in advance. The solicits would have already gone out by this point, right? Well, I hope everything is fine with her now.

I’m glad we finally got a Wonder Woman event. I can’t really think of many and I can’t recall any in recent years. I remember being excited that entire month and it was perfectly themed for Halloween.

I didn’t know what to make of Myndi Mayer at first. When she changed her entire look in the meeting with Diana just to convince her of her “good” intentions, I knew this was a dastardly character that I was ready to see a lot more of.

This version of the Cheetah definitely had me intrigued. I really only know the origin Rucka made for her in the Rebirth title. I’m way more excited for the issues you mention, but also for the movie version coming next year.

Do you think it’s a bit much or gets in the way of her super heroics? I like that she has her public persona be the same as her actual identity. It’s just crazy seeing Wonder Woman on all of those magazines and the sides of buildings.

I did like in the first issue, Chuma gets to have his thoughts and put things into perspective once he leaves Barbara’s side. I’ll have to get back to him as I continue reading this week’s selection.

I can agree that it’s appreciated to see this side of Diana. Sometimes it feels like lip service, but this actually shows that side. I’m also confused as to the why of this particular villain. Do we have to assume she does this for them all?

Yeah, it’s gotta be an inner struggle every single time for Diana. I like that about her. She doesn’t have it easy trying to help everyone, and genuinely help them. I wonder if Gotham or Metropolis had a Wonder Woman, would she take care of them by doing what she did with Mayfly or would she finish them off. How would she handle a Joker?

I like that we get to see her in multiple outfits. Sometimes, comic characters come off like cartoons where they have the same outfit for every day of the week. It was great seeing the artist get to employ different designs.

I never thought about the future stuff being taken out of canon by future stories. You’r probably right on that one. I’ve never read Kingdom Come. I just know I used to play Scribblenauts and would use that armor all of the time.

@Vroom Yay! I’m looking forward to your thoughts on this selection

Just finished issue #8. All of that cursive lettering 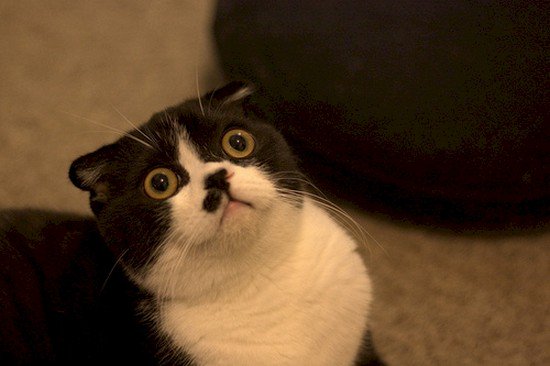 When i saw that cursive writing, i figured i’d better wait when i can focus.

Some highlights:
-Zeus referring to Heracles as “my half-breed son”
-I forgot to mention last week that i am not a fan that Diana landed in Boston, MA
-I am totes diggin’ that 80s fashion and hair, specifically the publicist’s assistant (this run first ran in my proverbial back in the day. i am an old: if you are in your mid 20’s, then i am more or less twice your age)
-the shooting down of Diana Prince. They could have gotten bonus points if they also shot down Suprema
-When Zeus wanted to keep a better eye on the amazons, Hera thinking, to paraphrase poorly, “and nothing more” plus the look on her face. I liked her decision to join the Amazon Club (that might need a better name).
-I am looking forward to watching the mother-daughter dynamic play out. Hippolyte’s Rules of Engagement need to be told sooner rather than later.

@nu52, sort of off-topic, in the 1980 Titans Perez run not only is she blond, but she is also spelt hippolytA. I am not sure if I misreported, or at all.

I may have to take a chance on The Great Spoiler, aka Wikipedia, regarding Cheetah. I want to see when she was created and then the evolution of the character.

The cursive was a bit much, for sure, and that issue was the one that actually implemented the Post-Crisis idea that Diana was a newbie and established that this wasn’t a prequel origin like Man of Steel or Batman: Year One. So… bleh. Definitely a weak link in the run.

Those are some really great highlights. I have pretty much the same opinions as you. I still really don’t comprehend why they chose Boston as Diana’s home base in Man’s World. It’s an odd choice. Another highlight for me was seeing all of the people rallying behind Wonder Woman and the girls wearing Amazon bracelets. I also appreciated that Vanessa’s opinion of Diana became much more positive. That was a good development and it made sense after Wonder Woman saved her after what Decay did.

I believe you mentioned the blonde part, but not the Hippolyta part

They really can’t make up their minds over there.

I want to dive into The Great Spoiler as well, but I shall resist. It’s tempting, but I am enjoying experiencing all of this for the first time.

The 80’s fashion is some of my favorite. I could see Gal Gadot wearing some of these pieces in the live action movie. My favorite is probably this one so far. 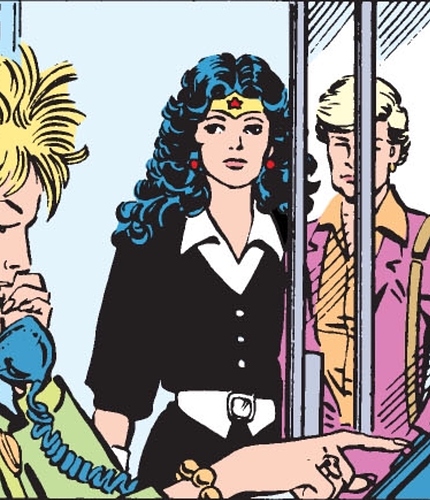 @BatJamags Two of the characters wrote their letters/diary entries in cursive. I had to take a break between the two, LOL.

I did notice that. They really went in on trying to explain where exactly in the timeline this was taking place. They made sure to let us know what was going on in the world. It felt out of place, but at the time (and in context), it probably made a lot of sense. I just accepted the G. Gordon Godfrey stuff and kept on trucking. Luckily we have him on Young Justice and know his personality enough that we could just accept all of that information and process it.

I can’t wait to hear your thoughts on the series thus far. You always offer insightful takes.

I don’t know why i remembered the opening text of WW #8 as cursive. Once i saw it was more words than pictures, and my eyes get tired with the tablet i use to read, i knew i wanted to make sure i could focus and i still tried reading through my eyelids.

I like the G Gordon Godfrey nonsense being mentioned because that Legends story line is also on my list. Most of those words was part character development and partperspective of Diana. I had hoped to read more before the YJ read along, but alas, in that mission i’ve failed.

I was waiting for some 80s racism to show itself. more to come

That being the YJ watch along; while it’s intermission