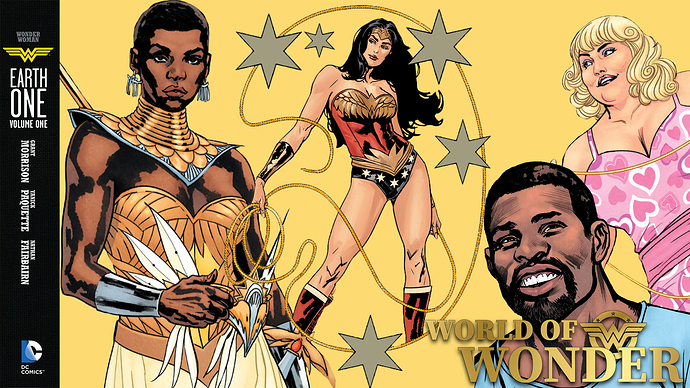 World of Wonder is back! DC Universe has gone Infinite, with that comes the arrival of some graphic novels. For this installment of the Wonder Woman club, we will be reading Wonder Woman: Earth One Vol. 1. Join us in discussing this story.

What to read: WONDER WOMAN: EARTH ONE VOL. 1 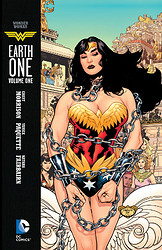 to get a cool flair 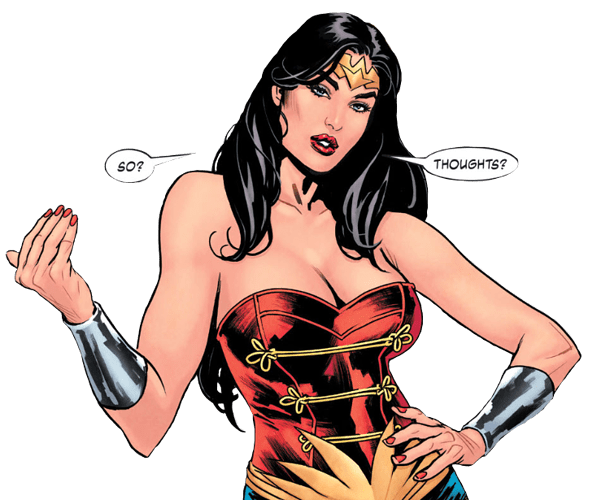 I’m going to be using this all of the time now.

and for the record, I am perfectly alright with your

Hey, it’s been a while! Guess you took an extended vacation in Themyskira.

Read it before, but I’m looking forward to going through it again.

Yay, glad we will be getting your thoughts on it!

Guess you took an extended vacation in Themyskira.

I was actually guarding Doom’s Doorway

I was actually guarding Doom’s Doorway

I do like when someone has read before what I am about to read for the first time. sometimes I surprise (s)he, but often I get ‘a more better’ perspective.

Decided my previous gif was too blinky

I liked it, but I like the new one too!

I liked it. I am not too keen with Hercules humiliating Hippolyta and leading the charge to assault the Amazons mostly because my head-canon has him being more on the virtuous side. I could rationalize it by the spelling since the Greek is ‘Heracles’. Fun fact: he has a brother, Iphicles.

For some reason, if this book is what I think it is, I thought it was in black and white. I believe there might have been some controversy over the same sex under- and/or over-tones in the story. or what i am thinking about is just something else.

I like this Steve. And not just because there needn’t be some sort of love tryst woven into the story. Well, for starters.

I liked this “invisible plane”. Also, the aesthetic of all the flying machines. Be it advanced science or more magic-based (because magic has it’s own set of rules, it’s own “physics”), it’s not that far a stretch for such a culture to develop that sort of tech. It also shows how the Amazon culture grew and flourished and is not frozen in time. But it might have been only about justifying the purple ray.

And to conclude my initial thoughts: brunette Hippolyta.

I liked it. I am not too keen with Hercules humiliating Hippolyta and leading the charge to assault the Amazons mostly because my head-canon has him being more on the virtuous side.

As I recall, that was basically what happened in the George Perez run, the big difference being that he was being manipulated by Ares.

I would not be surprised if I said the same sort of thing when we covered it. Including but not limited to repeating my fun fact. Regardless of his motivations, I liked the reveal when Hippolyta was called to testify under the lasso.

Had a bright flash over and over, thought it might bother someone sensitive to that so changed

That it’s a gif kind of implies ‘over and over’. Are you sure the flashing made the threshold for triggering some so sensitive?

She’s back with a flash!

Hmm…I don’t think it flashes enough to cause someone with epilepsy to have an episode, but I can see the concern. Maybe with stuff like that you could put it in one of those “hide details” thing with a warning?