With Arrow being canceled and Gotham on it's way out the door, What new show should the CW or DCU do? 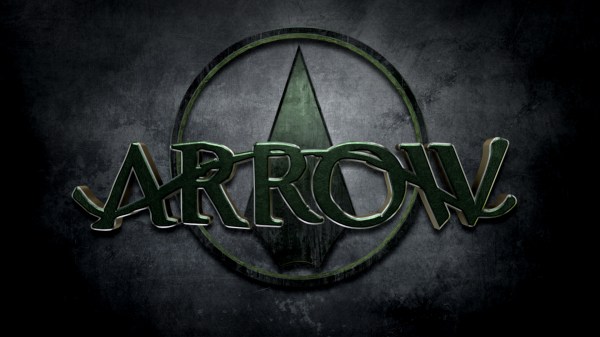 Well Batwoman is coming so that will take a slot. I don’t know what plans they have for antagonist or arcs though.
I’d like to see a live action show with a rotating group of heroes and villains who are working towards and against something. Sort of a brave and bold without Batman.
Booster Gold series where he fixes events in the past so they match DC history, maybe get Abra Kadabra to oppose.

I’d love to see a Doctor Fate show where Kent Nelson has just started wearing the helmet. Obviously his villainous adversary would be Wotan. To make it interesting maybe start with Kent having to learn how to connect with the power of Nabu and not have access to his full abilities. Since traveling dimensions is one of them he could cross over with any show later.

I’d like to see a Team 7 or New 52 Blackhawks show. Something black-ops oriented.

Afterall, every show in a superhero universe doesn’t have to star superheroes.

Batwoman is all I need.

But it would be cool to get something new that’s never been done before like a Green Lantern live action show.

Or maybe a show based around Earth 3 or villains. Kinda like what Lego DC Super Villains did.

There’s so much they can do.

I think that a Red Hood show would be awesome. The title would probably just be The Red Hood or something like that. For a main villain, it could be either Joker or Black Mask. For other villains, you could have more plaincloth Batman villains like members of the Falcone family or a less popular gangster sort of character like Great White Shark. As for rating, I’d say it would probably have to be TV-MA so that there could be awesome kills. It would be live-action and the story would probably just be something like Jason trying to kill all of the top gangsters of the city while also having to deal with resistance from Batman as well as other Gotham vigilantes (i.e. Batwoman) and the GCPD. Oh, also, keep Jason comic accurate. Don’t make him gay for “diversity” (you know who you are CW!) and don’t make some pointless change to his character. Just stick with angry former Robin who got resurrected after being murdered by the Joker and now uses guns to kill criminals.

I somehow commented twice on accident.

Jonah Hex. Every week we follow him across the west, going from town to town, helping people and trying to escape mistakes of his past. Hunted by the law and criminals alike, Jonah is joined only by Batlash, a trouble-bound card shark, and Tallulah Black, a mysterious woman with a tragic past.

Jonah Hex, now that’s an idea! He’s already been introduced in Legends and the show can just take off without alot of set-up.

Plus it adds something new to the genres of the CW DC shows. There are western themed episodes of Legends sure, but there’s yet to be a western themed show.

Hmmm. Jonah Hex-- rolling out of Legends, and being the central character of a DC western about DC western characters? Yes, that works

Look, let’s be honest here. Arrow, Gotham, and Titans consist largely of the writers reminding the audience how much they wish they were writing a Batman show. I doubt Batwoman will be any different.

So, if it makes them stop doing that, fine. Just make a Batman show. Yeah, he’s overexposed, but I’m sick of shows that are almost Batman shows but not quite, but then obsess over the fact that they’re almost about Batman. So, a show about Batman starring Batman fighting the Joker and Two-Face in live action. Just let them get it out of their systems for a season or two.

Serious suggestions:
Wonder Woman: The Animated Series. People were talking about this in another thread, and I’d definitely be up for it. Ares seems like the obvious villain, but I see him almost as more of a background threat, more equivalent to Ra’s al Ghul and Darkseid than to the Joker and Lex Luthor. Instead, I’d prefer the Cheetah as the main villain, potentially with Circe involved in a subplot to set her up as the villain for the second season. This would be on the more PG end.

Justice Society of America. Maybe just call it JSA. I’m imagining a live action period piece set in the '40s as they battle people like Per Degaton, Vandal Savage, and the Ultra-Humanite, while also dealing with real-world issues like World War II and the Red Scare. Probably more on the MA side.

Justice League International. Alright, this one isn’t very likely, but I can dream, right? It could be animated or live action. I imagine if it were animated, it would skew in a more humorous, PG direction with some of the goofier villains like Lord Manga Khan. If it were live action, it should still be funny, but a bit more mature and rely on a more serious villain like Kilg%re.

Shazam! The Animated Series. PG, and go all out on the weird plots and goofy villains. I want Mister Mind as the main bad guy, Mister Tawky Tawny in all his nonsensical glory, and lots of “Curses! Foiled again!” Mostly so that things can suddenly, shockingly, and dramatically get really dark when Black Adam shows up. But, like, not MA dark.

Showcase! Probably animated, but if they had the budget, it could be really cool in live action (though live action can actually be quite limiting for the superhero genre). Basically, I’m imagining a sort of anthology series where each episode introduces the viewer to a different DC character, possibly with a mix of better-known characters to get people watching and more obscure ones to give them some publicity. Or do what Batman: The Brave and the Bold did and have every episode be a team-up of a better-known character and a more obscure one, as long as it’s not always Batman - don’t get me wrong, I love Batman and BTBATB is great, but I don’t want to just recycle that show’s gimmick. Maybe have it be something along the lines of every episode featuring at least one of the Big Five (Superman, Batman, Wonder Woman, the Flash, and Green Lantern) and one other character. It would theoretically be episodic, but it could be really cool if there were actually subplots that ran through multiple episodes and tied together. Maybe you could even have each season be a collection of apparently distinct stories that tie together at the finale, like the TV equivalent of 52. Or if you go with the team-up idea, maybe each major hero has an ongoing plot that a series of more obscure ones help them with. I think this should probably be MA, though it would still work as a PG thing.

I’m definitely on board with Jonah Hex!

agree with batjamags we need a batman show

Whatever it is just please not on the CW.

@BatJamags I would love that Showcase! show idea, it would obviously be animated to stay true to each character, but still the possibilities; the 1st episode would most likely be Batman and Constatine, but I wouldn’t be complaining.

I wouldn’t know exactly who to use for a show exactly other than the heavy hitters DC has, but !!!

My dream senario would be what I call a DCEEU(working title lol) Where this DC Extremely Extended Universe would have their Live-action shows be a shared universe with some Live-action movies or animated shows sharing a universe with animated movies. I know that this KINDA happens to some degree, but I’m talking about a direct link between movies and shows like maybe the season finale of a show IS a movie or what’s going on from a villains perspective is a show and how the hero’s handle it is a movie.

Before any one tries to kill me over this! I’m not saying do that with the content that is already out or to stop what they have planned and start this, I want the stuff that’s coming out and I love what DC is doing right now. PLEASE DONT CHANGE THAT!.. I’m talking about a sperate production team working on this. In my opinion that would be the best way to utilize this streaming service. There’s always this crap that we can’t have certain characters in a show because there’s a movie being made on him and the company that the show airs on has a contract and rights to that character for awhile BLAH BLAH BLAH . I’m sick of being that situation because in that sense everyone loses, DC, WB, W.E tv network has a show going on and of corse US, the fans lose out on something that we are ready to throw money at!
-In a nutshell I believe using this streaming service cuts the middle man out(t.v networks) and DC can do something like this. I hope I didn’t sound like a maniac lol