With Arrow being canceled and Gotham on it's way out the door, What new show should the CW or DCU do?

Can you imagine an orignal Live action movie on this thing? $8 for a month is a lot cheaper than a $20+ for a movie ticket. Idk anything about business though lol

I doubt we are going to see a show with any of the trinity. You might see them pop up for the event shows, but not week to week. DC/WB wants them to be on the big screen thats where the big money is.

I honestly don’t want anymore CW DC shows. They had some gems like Season 1 of The Flash and Supergirl but honestly it needs to evolve. The DCU service is that place for the evolution.

The Batwoman show will take Arrow’s spot as the brooding vigilante show on the CW. Now that Fox belongs to Disney, I don’t see them releasing a DC show to take Gotham’s place.

I wonder if Stephen knew how popular he would become going into his initial audition for the show lol. Even non comic book fans brag about the show too.

How about a show that takes place in the 50’s or 60’s and focuses not so much on the high flying super powered heroics. But it instead focuses on the strange the mysterious and the occult. Our central character is “The Question” and his sourounding characters are ones like “Blue Beetle” (Ted Kord) “The Phantom Stranger” with perhaps so less freuent apperances of characters like “Deadman” or at the most extreme “The Spectre”.

Show ould simply be called “The Question” or “Questions”.

Villian of the overall show could be “Monarch” (the evil captain atom version we never got) with him puppeteering a new conspiracy each season.

I think live action could work alright for this but later seasons would need more and more special effects. So perhaps a high quality animated style instead. 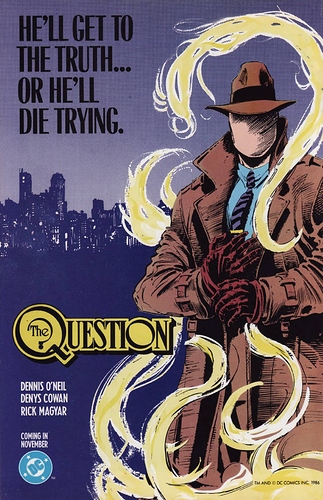 The CW writers suck a BIG ONE. I’ve stopped watching almost all of them cause they can’t help putting politics in the shows. I’ve hung in there through the campy-ness but then they add subtle political notions and I’M OUT. Still watching The Flash…for the moment.
I would LOVE DCU to be the place for shows. So far, they’ve done a great job.
How about a “DOCTOR FATE” show?

I say the Pizza Club of Gotham Academy should get a show. The show would obviously be called Gotham Academy. It should be based off the story in the comics with some liberties taken of course but I think the focus should stay on Olive and her ancestry. It would be live action and PG.

I say the Pizza Club of Gotham Academy should get a show. The show would obviously be called Gotham Academy. It should be based off the story in the comics with some liberties taken of course but I think the focus should stay on Olive and her ancestry. It would be live action and PG. (sorry wanted to add a picture) 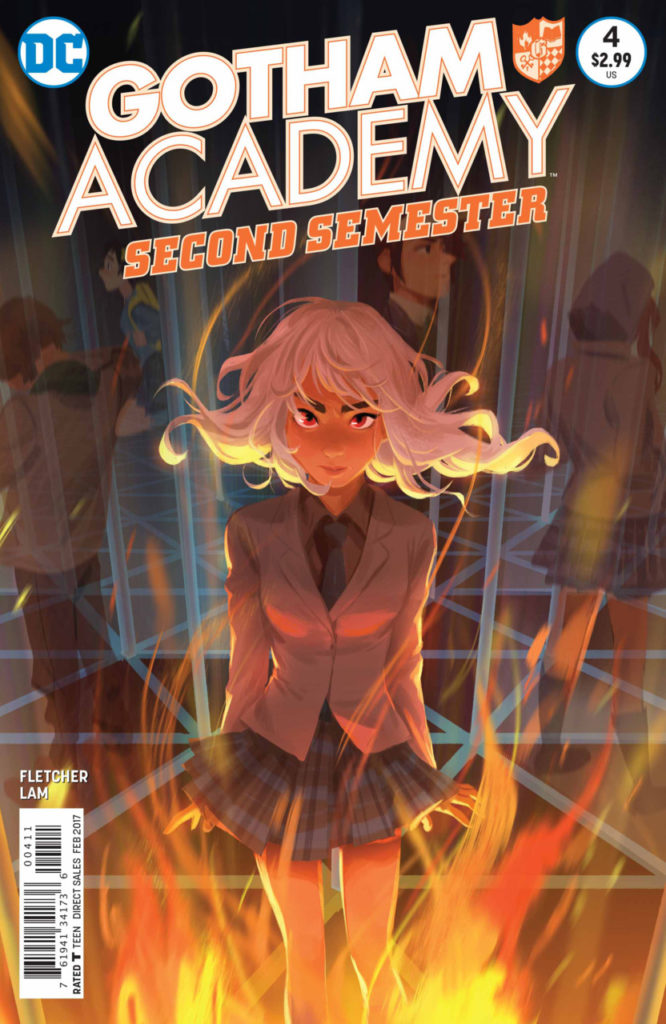 For a new CW show, I wouldn’t mind green lantern just because they keep hinting at it. The CGI costs would be ridiculous though.

I could Actually see a Legion spin off working out.they have already laid the ground work for it.

Would Love for Doctor Fate to come out of the current storyline in Legends and then have him spin off into his own show.

A nightwing or batgirl show would be cool

I’d like for it to just end already that era is just about over.

I hope the DCU Producers see this <3

I had this idea after watching House MD. Basically the show follows the doctors as they try to treat the mentally I’ll as they did on House. The cool thing would be it could start way back in time and lead up through the present day by telling the story through this lens. Anyways, not sure if this is what you were looking for.

The premise of my show is the Green Lantern Corps. It doesn’t focus on any specific Lantern, but the Corps in general. It could be similar to a police/precinct style show. You’d have all of the major players make appearances, but no one is the main focus. Each season has a bunch of mini villains for each episode that a different lantern must face, but it all culminates in the season finale where all of these lanterns team up to take on the main villain of the season who orchestrated all the smaller ones. So…