Who's YOUR Justice League? 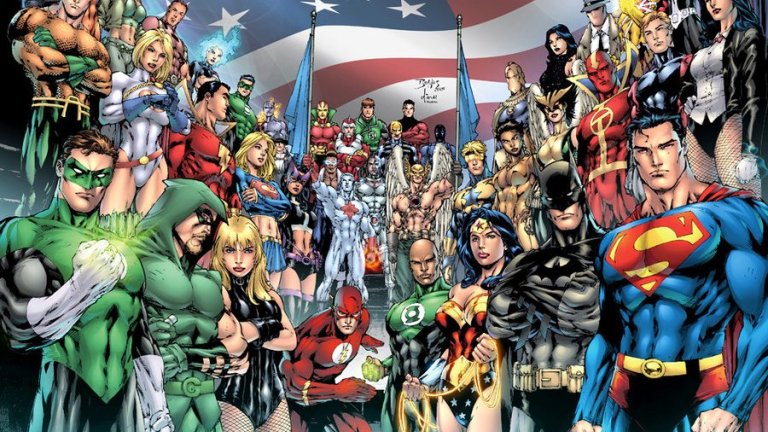 I’m hoping to see everyone’s dream team Justice League and the reasoning behind your choices. So reach far and wide through the multiverse and recruit your best team and tell us why. I’ll go first below.

My first stop on the recruitment tour would be in Gotham (of course). Batman has many reasons why he’s a great hero, but none of us have that much time. What makes him crucial to my League is his tactical, observational, and research skills, not to mention all the benefits of Wayne Tech. Though Bruce Wayne may not be the best team player, he can help to coordinate his teammates according to their strengths and weaknesses while also keeping one step ahead of their foes.

Next it would be time to seek out a natural leader, Queen of the Amazons, Wonder Woman. As the leader of a kingdom of trained warriors she is already used to maintaining respect from those around her. Diana is also virtually unrivalled in her abilities to see into the truth of matters and to stay calm in the face of danger.

Third we travel deep down under the ocean to Atlantis. The Earth is 71% water and 80% of the ocean is still unexplored by the surfacers. This means that Aquaman has a distinct advantage against alien invaders. Being able to basically call upon the seas themselves makes Arthur Curry an invaluable teammate when it comes to protecting the whole world.

Now the League needs a strong willed soldier, John Stewart, Green Lantern of Sector 2814. John has an unparalleled sense of duty. His personal accountability and responsibility alone make him a commendable hero, but add the most powerful weapon in the universe and he is the epitome of a superhero.

Once we’ve found the light then can we seek the dark. No Justice League can be complete without protection from the supernatural. This is why we call in the world’s leader in all things mystic, Zatanna. ‘Takes one to know one’ they say and when it comes to magic it takes one to stop one too. If she doesn’t know how to break the curse then she knows who can.

To round out and complete our team we bring in J’onn J’onzz. Martian Manhunter is the ultimate blank filler. With his vastly ranging abilities he is able to easily take on any role on any mission and can adapt to change quickly if plans fall through. Meaning also that he can fill in easily for his teammates if the need arises.

Great choices. I especially like the use of the Indigo Ring.

This one’s kind of a no brainer for me as my JL is made up exclusively of seven of my most fave DC supers: 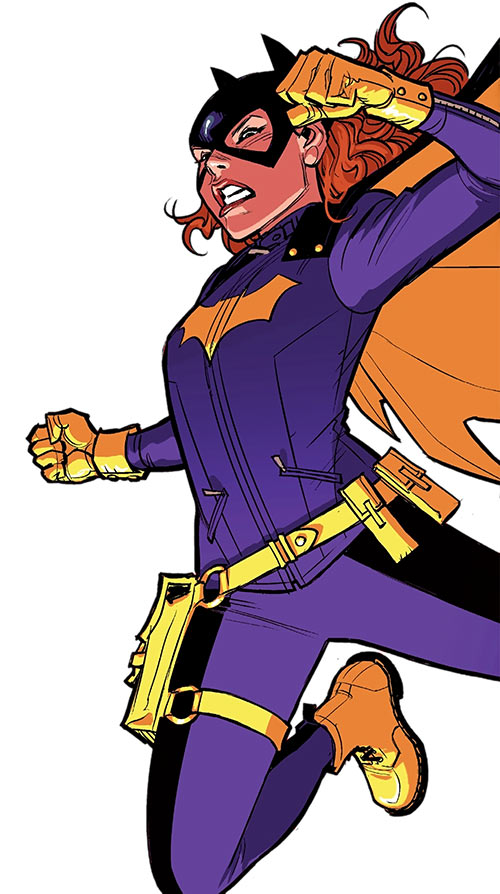 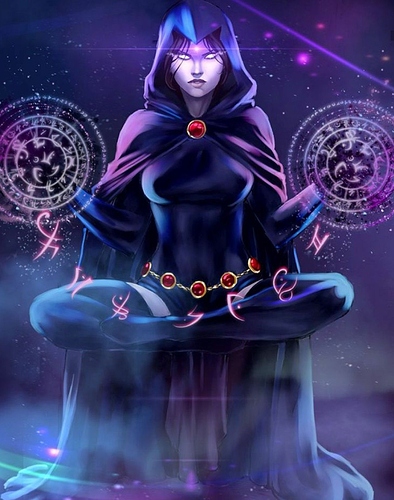 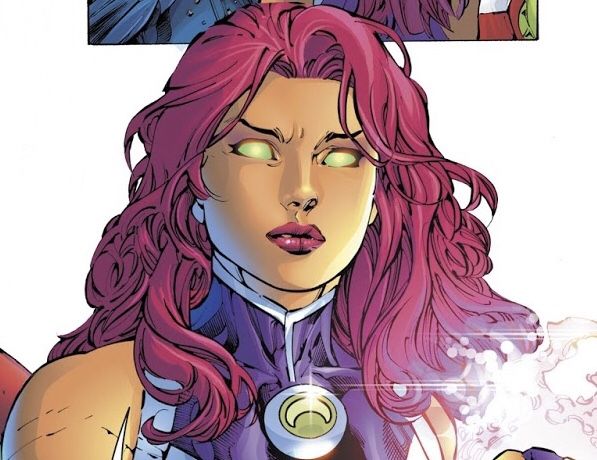 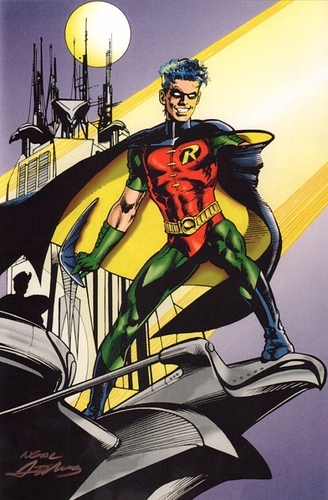 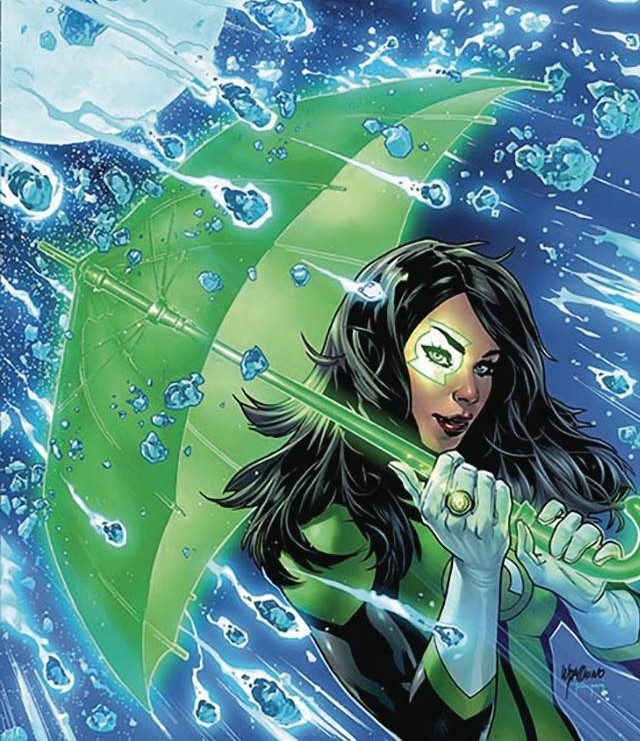 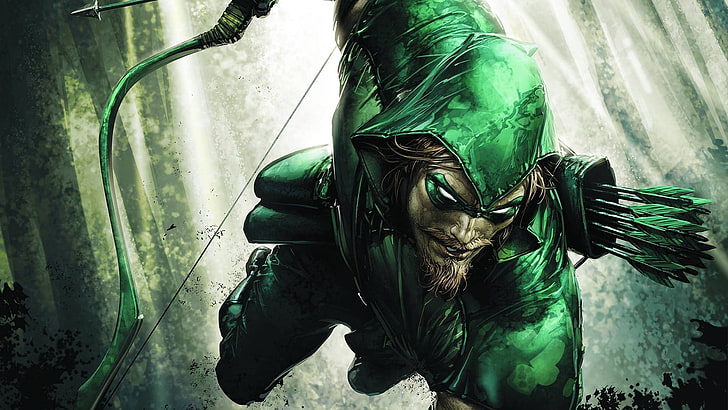 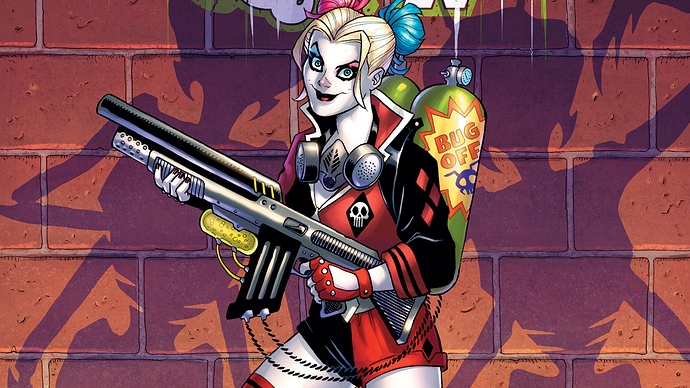 Every great team-up needs that wildcard member in order to keep things interesting.

@DC89 That’s what I was thinking when I saw her there. I can’t think of a better choice to be the wildcard, but I’d give Poison Ivy a close second place.

Agreed, but I’m also thinkin’ that the combo of Harley on the full power setting along with Rae Rae in full dark mode makes for a formidable situation against the baddies.

Great group. You’d create some pretty great synergies. I feel like mixing Raven, Metamorpho, and Black Orchid would be absolutely terrifying for the villains they’d face.

I’m going to have to say

Nothing wrong with that. All the Titans should grow up to be Leaguers and we already know they can work together.

So much power! You’d never be able to crush their spirit. That’s for sure.

Core typical 7 for Reg. League. And I think it’d be cool if DC revisited having off shoots International,Europe,Extreme. Etc.

@matthew.hecht47.66946 so that sounds like a “JL CORPS” title! Think that could be interesting seeing the earth GL’s working in another setting

Well, I’m a big fan of the Giffen, DeMattis, and Maguire style of Justice League International and was kinda bummed when JL3000 got binned. Sooo…

… I’d like to see Ted taking up the Maxwell Lord position without going homicidal, I think Green Fury (her best name, don’t at me) given her experience would be best suited to lead in a fight and the rest are pretty self explanatory. They’re awesome!

Awesome picks. I didn’t use him, but I was hoping to see Booster show up. I also like your idea of a non combat role.

My Leaguers would be…