Who Would Win? The Enchantress vs. Doctor Fate

Today is the first day of June, which makes it an appropriate time for a fight featuring probably the most powerful June of all-The Enchantress vs. Doctor Fate! If these two magical powerhouses were to start slinging spells at each other, who would reign supreme? Let us know who you think it would be and why, below! 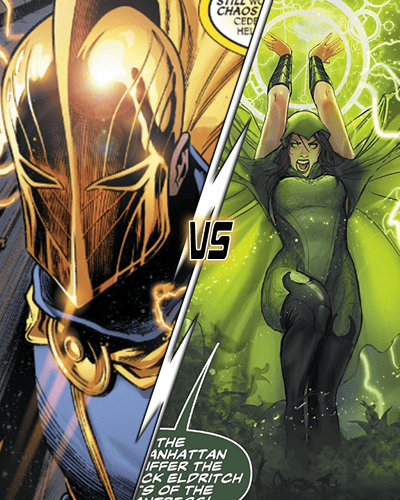 Fate. His order can contain her chaos.

Lord of Order, hands down.

I pick Doctor Fate cause he got a cool outfit with a cool helmet and is being played by James Bond!

Doctor Fate, though I think it’d be a great battle to witness.

As a Enchantress fan, I can say that her biggest weaknesses is being a plot device for pretty much any possible solution to a problem because she is a incredible sorceress, and yet somehow writers have a funny tendency to take her out pretty early on in a battle because of it.

What must be understand of Enchantress though is that despite her flaws, she is easily the most powerful sorceress in the world.

Without a pure of heart host like June Moone holding her back, her raw power allows her to cause absolute chaos and sometimes rewriting reality itself. 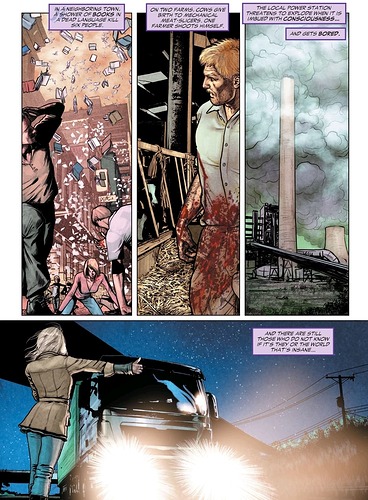 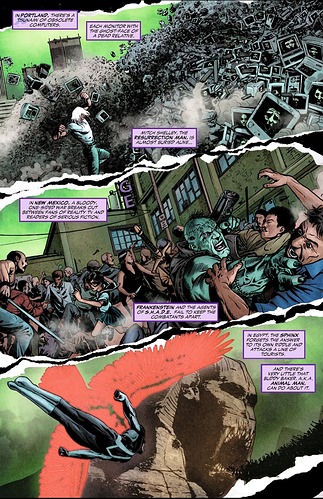 With all respect to commentors, unless Doctor Fate got all the lords of order backing him up, he will not be able to stand against the witch.

I like both characters a ton, with Doctor Fate being a childhood favorite.

However, the toy geek in me sees it this way:

Number of Doctor Fate action figures made by Kenner: 1

Number of Enchantress figures made by Kenner: 0

While Kenner certainly should have made Dr. Fate in their STAS line, and most certainly should have found a home for June (Total Justice or JLA each would have sufficed), history records that the greatest DC toy line of all time, Kenner’s Super Powers Collection, did include the Master of the Mystic Arts in its second series, so…Fate for the win. 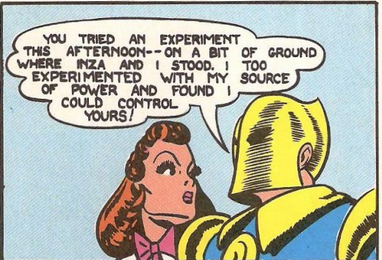 I went with Doctor Fate because I have loved the character since childhood, but I have to admit any battle between the two would be hard to call!

While Enchantress has powers of reality manipulation/alteration, Dr Fate has a lot of magic resistance, can counteract spells, create dimensions, and more… I feel like Fate would have to take this one. Though, of course, Enchantress would give him a run for his money.

Thats how I feel too.

The way I see it, Enchantress is raw power, powerful than most magic users, but she lacks the physical and or mystical resistance Doctor Fate has.

Absolutely. Fate is more versatile imo and that might be what helps him win that fight.

Depends on who would get who’s artifact first, enchantresses heart or doctor fates helmet. Since I had to choose I chose the enchantress as she does not have to have her heart with her she can have it hidden somewhere else where Dr. fate has to be wearing his helmet.

“No fate but what we make.”

…said by someone who, like Dr. Fate, also had a figure produced by Kenner.

I feel like these heavily magical fights are probably the hardest to predict, which makes me happy to see people supporting both sides here.

Should the mods discuss it, I’d be down for a Zatanna vs. Enchantress match-up.

That would definitely be a fun one!

You guys and gals need to get some WildStorm vs. stuff on the docket too, please.

That’s a really good idea! I don’t remember WildStorm as much as I should.