Who Would Win? Mr. Freeze vs. Captain Cold

Winter is most definitely here, and our fight this week is between two masters of cold and ice-Mr. Freeze and Captain Cold!

Victor Fries was a successful cryogenics expert whose body was transformed after he accident he suffered while trying to keep his terminally ill wife alive. He created a protective cold suit and a freeze gun that projects cold that comes close to absolute zero. In addition, he’s also a genius.

Leonard Snart came from an abusive childhood and began a life of crime. He developed a cold gun that proved to be a formidable threat to his greatest enemy, the Flash.

If those two chilly villains were to come to blows, who would thaw first? Let us know who you think would win, below! 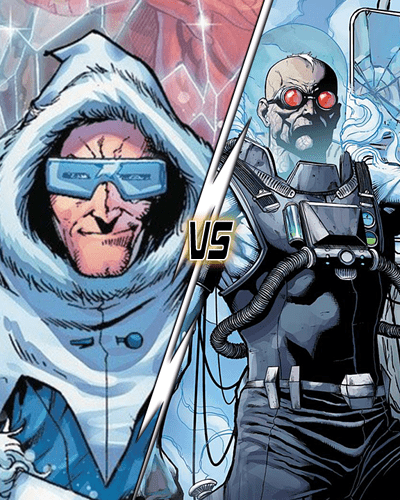 Cold. Freeze is good but cold seems to be the better fighter amongst the two. At least to me

Maybe it’s just me, but I could see Cold being more of a dirty fighter, which could throw Freeze off. Although I do wonder how much Freeze’s suit would be a factor.

This is a good one, I’d pick Mister Freeze, cause he got a cool freeze gun, and does live in a cold, Batman the Animated Series turn him into a tragic villain, and Applejack made this cool emoji because of me!

Need I to say more?

We have a nice variety of cold-related emojis, I’m impressed.

If we’re talking the Arnold Schwarzenegger Mister Freeze, then he gets my vote

I went with Captain Cold. Victor Friez has the intelligence and the scientific know how, but I picture Leonard Snart as the better fighter.

Icy what you did there!

I have to go with Mr. Snart, the weakness of Freeze when the helmet is broken, and he cant function without it; just seems like something Mr. Snart would be able to take advantage of easily. 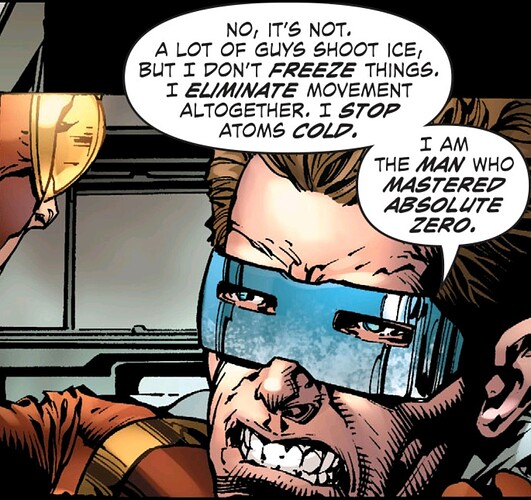 I’m not sure if we’re considering a specific continuity here, but I definitely think Mr.Freeze would win. Freeze is cold, and calculating, while Snart is arrogant and sloppy. Although I think Snart fights dirty which could catch Freeze offguard. I also think Freeze has better freeze-tech as he has a bigger background in cryogenics.

Mr. Freeze just shoots ice. As Captain Cold himself put it, “A lot of guys shoot ice, but I don’t freeze things. I eliminate movement altogether. I stop atoms cold. I am the man who mastered absolute zero.”

He does, because Snart doesn’t have freezing tech, he stops movement. He mastered absolute zero.

Welcome to the community @NostalgiaByVeidt!

Thanks for weighing in on the match-up.

Mr. Freeze would win. Are y’all forgetting he thrives on freezing temperatures, which means he LIVES with freezing temperatures for his whole life? Snart’s cold attacks wouldn’t affect him. Mr. Freeze also has highly increased strength. Not to mention he’s been upgrading his tech for years and has more fighting experience than Captain Cold. He’s even gone toe to toe with Batman and captured him plenty of times. I’m not hating on Snart, he’s one of my favorite characters of all time. This would be a great matchup though!