Who Would Win? Huntress vs. Harley Quinn

I love you to pieces with every bit of my heart Harls but I gotta’ go with Helena on this one. Years of reading BOP has shown me that once Bertinelli is in it she’s def there to win it.

That’s right! She took on Shiva! (and lost, of course, but she did it!)

That’s right! She took on Shiva! (and lost, of course, but she did it!)

Even though Huntress is a clear winner here, I am surprised 30% of the votes voted Harley

Harley is a wild card and she would give Huntress a tough fight. However, Huntress is methodical. Yes, she can let her emotions get the best of her and that would be the only chance Harley has. It is a slim window for Harley.

Huntress is trained as opposed to the chaotic Harley. Huntress also would be able to take Harley out from a distance with her crossbow and Harley would need to be up close to use her bat or mallet.

Huntress wins this one.

Skill-wise I’m going with Huntress, but I think Harley has way more plot armor. Perhaps that is influencing voting? It made me pause and consider some of the (IMO) ridiculous fights Harley has had.

Since Harley is so popular I pleasantly surprised that is all the votes she got. Have to go now and dust her up.

Well, Helena is in a lot better shape than Harley, has 4 inches on Harley, is heavier than Harley thus can put more power into her blows, can match her agility, and some of Harleys unorthodox ways. Both are street fighters but Helena has learned at least 4 martial arts styles. Both are somewhat impulsive and hot-headed but again Huntress can keep her head a lot better than Harley. both don’t hesitate to kill but and both are quite intelligent (i feel Helena b is more intelligent than the writers show. she does have a degree in criminology.) Huntress would win.

Since Harley is so popular I pleasantly surprised that is all the votes she got. Have to go now and dust her up.

A comic book that many people hate. Like at the time. I got to go make a bonfire of nothing but copies of Heroes in Crisis.

they are not the same character

I’m not sure about that. I generally think of different reality versions as different characters, but with DC, it all matters, because it all happened. In some realities, people are one person who are multiple in other realities. And Helena Wayne, Helena Bertenelli, and Helena Kyle are all variants of each other, as I see it.

First of all, Helena is played by the same actor in Birds of Prey and Crisis on Infinite Earths because Earth-203 is the same reality. Second of all, these changes have been made to other characters from continuity to continuity who are still considered the same person:

as of new 52/rebirth, Helena Bertinelli is at least half African American and has golden-brown eyes

But I’m not saying it’s clear-cut. We can politely disagree, even if I’ve expertly rebuffed all of your arguments. 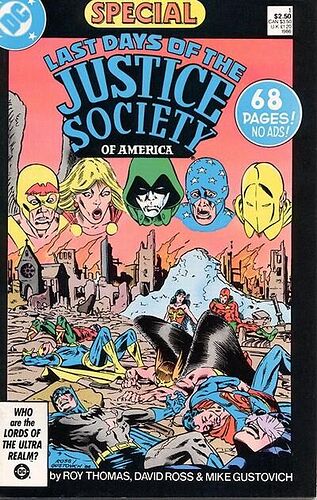 Helena Wayne dies at the end of Crisis on Infinite Earth and is from a world 29 years into the future of the DC universe. Helena Bertinelli on the other hand is 19 when she is introduced, well Helena Wayne was 28 when she died. (she was born in 1957 and died in 1985 in her universe.) so ya they are two different characters. 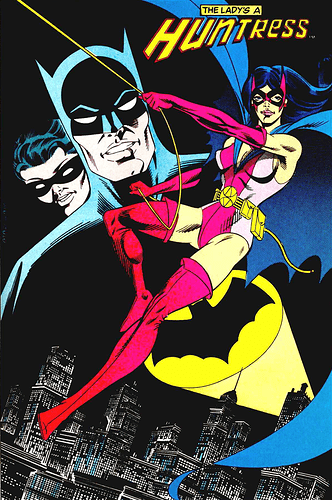 Helena Wayne is the daughter of Batman and Catwoman. A lawyer for Cranston, Grayson and Wayne by day, but by night, she is the vigilante Huntress. In the year 1957 on the parallel dimension known as Earth-Two, the aging hero Bruce Wayne and his wife,...

First off 1938 start of the golden age (earth two), 1956 start of the silver age (Old Earth one) 1986 (New earth). thus the dates the resets happened to modernize the dc universe.
Genetics does mean something when it comes to the multiverse. Helena Wayne is the biological daughter of Bruce Wayne and Selina Kyle. Helena Bertinelli is the biological daughter of Maria Bertinelli and Santo Cassamento. Franco Bertinelli might be her father in the new 52/Rebirth or may still be the daughter of Santo Cassamento it is unclear So that does make them different characters.

Recent story lines have made Superman an iconic being that must always exist in one form another, and Batman simply has an ancient biblical lifespan-- and the local multiverse around the Prime versions adjusts itself-- causing splinters. And the Golden Age Green Arrow and Speedy are now the Prime Ollie and Roy lost in time for several years… more splintering? So in effect and affect, Helena and Helena (and Helena?) are the same person, but different multiversal splinters-- so different people/characters as well.

So they are different and the same.

Genetics does mean something when it comes to the multiverse

Well, if “genetics” are so important, would you argue that the Communist Superman of Earth-30 isn’t really a Kal-L variant, because he’s a distant descendant of Lex Luthor?

Yes! This is what I’ve been trying to say! It’s not clear-cut, but I think they’re closer to being the same person than they are to not being.