Who Would Win: Harley Quinn vs. Batgirl

This week’s face-off is between two of Gotham City’s most famous and skilled women:

A psychiatrist turned criminal turned antihero, Harleen Quinzel has a brilliant (though often troubled) mind, in addition to being a formidable fighter. Barbara Gordon is a brilliant computer expert and a member of the Batfamily and Birds of Prey.

Tell us of the two #who-would-win, why, in the comments below! 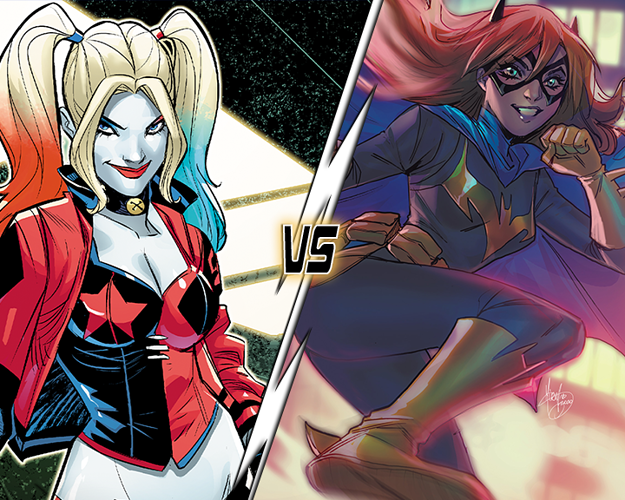 So what do members of both Harley’s Crew and the Birds of Prey supposed to do?

Harley is so dangerous she made me laugh, and she has piranhas.

I pick Batgirl, no matter what they’re fighting over is about, comic book, Robin, rescuing Poison Ivy or whatever it may be, Batgirl will always win!

Harleen of course. She is a bad a$$

Batgirl has the skills and training. She wasn’t almost considered for the FBI for a reason 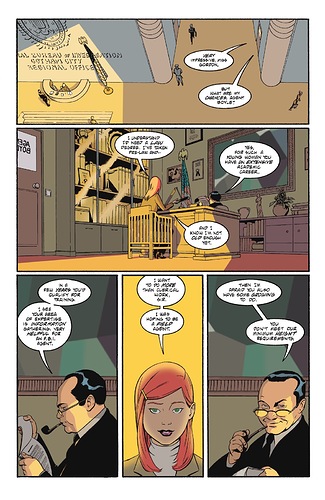 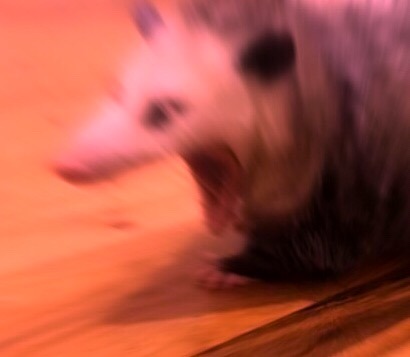 Why do I have to choose! I love both! I cosplay as both!

I’m gonna vote for Harley ONLY because I actually own and read her solo series from both New 52 and Rebirth, and because I cosplay as both classic and BoP Harley.

@DC89, I think I know who you’re choosing, but we both know this is still a hard choice because they’re both great.

Welcome to the Community @hmhm!!!

Babs for the win. She has defeated Harley before and yes Harls is unpredictable but I think through the years Babs and predict her unpredictableness and take her down.

Aww, I gotta’ choose between BG and Harls in a fight? Mmm. I like them better as BFFs. 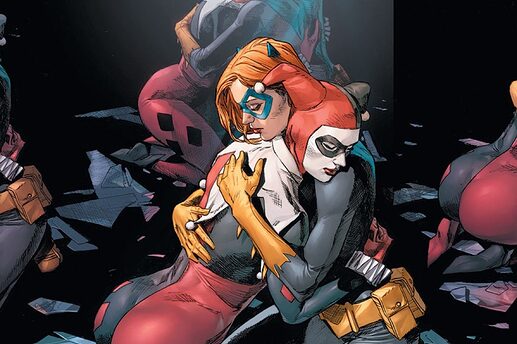 M’kay, welp, if I gotta’ choose, I choose my gurrl.

Now, while Harls is a super formidable fighter, she’s not necessarily skilled in any particular fighting discipline, instead relying on tricks, gags, and unpredictability as an edge. However, these tricks are usually employed to get her out of a fight, and not necessarily used as strategy to win the fight. Sure- she’s got the gymnastics ability, but ultimately that skill translates more towards aesthetics and doesn’t really payoff as actualized, sustainable hand-to-hand combat prowess. 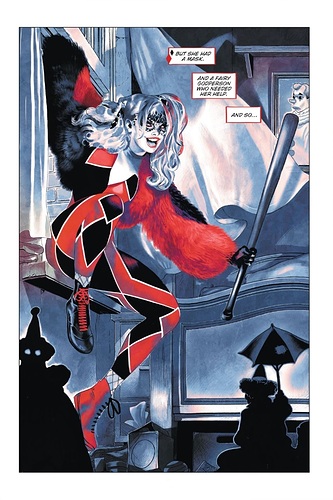 BG, however, is another story. 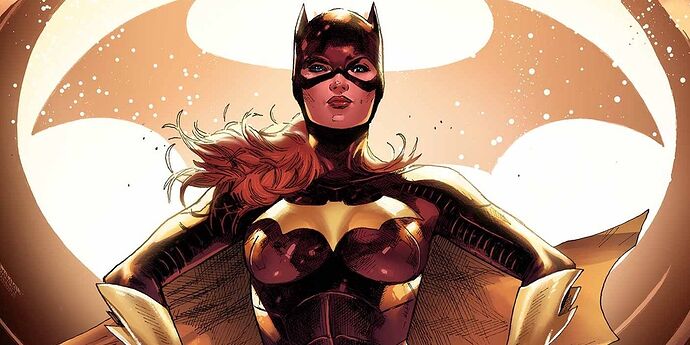 Back in her debut days (Detective Comics #359 and forward) Barb had achieved the level of brown belt in karate along with dabbling in some of the other martial arts styles. But that was before she started running across the rooftops of Gotham tracking down baddies with this hand-to-hand combat legend and his super bada55 ward. 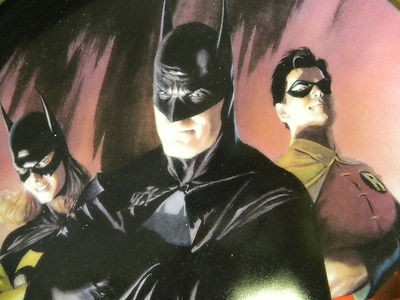 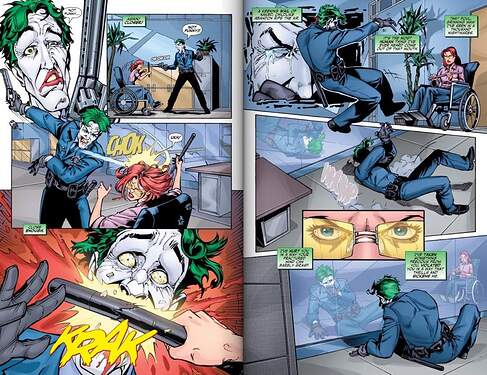 During the Oracle years BG’s wheelchair never inhibited her spirit and will to fight, She was able to tune up her Escrima work via her skills-building sessions with one of the DCU’s most amazing fighters, Dinah Lance. 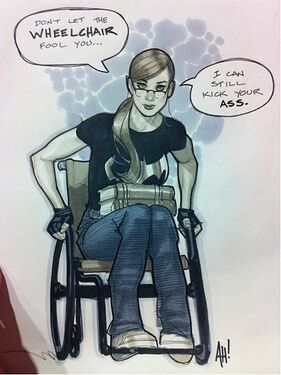 Moving forward into the New52 and Rebirth years, Barb was able to experience new aspects of hand-to-hand via time spent with martial arts master Fruit Bat. 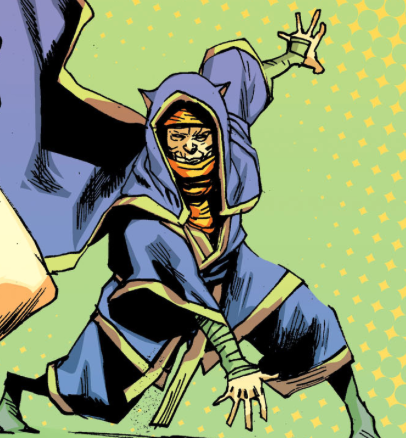 During this time my gurrrl learned all new ways of applying her fighting skill-set during confrontations with her opponents. She also got to cut her teeth in some MMA style cage match fighting, along with many more intensive study sessions with Dinah. She came out of this era of her life a completely focused and super fearsome fighter. 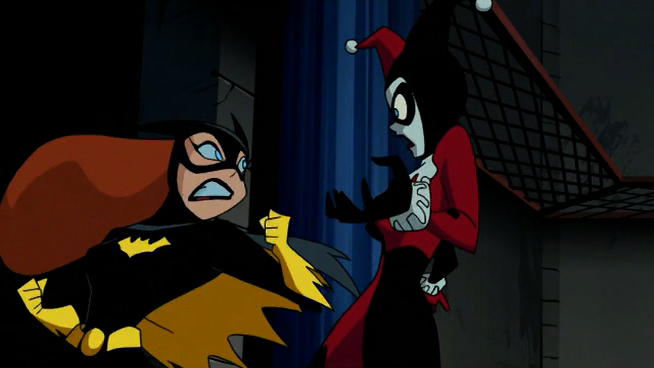 Harls, I truly love you with every bit of my heart, but my fellow amaze GirlBat @TheWifeOfJasonTodd called it correctly- I gotta’ go with BG in this match up, and all of the other ones to come. Yep.

Agreed Mighty @Mae. I’d way rather see this outcome instead of them fighting. Leenie Beanie and Babsy Wabsy should always be buddies.

I think a lot of people feel the same as you, @DickGrayson_TheBoyFriendWonder!
That does sound like the best outcome, @Mae!
“Has piranhas” adds a lot of bite to any argument, @MatthewHecht.
It’s also hard to argue with “Batgirl will always win”, @Reaganfan78.

Welcome to the Community, @shyladie28.16288! She must be, if she inspired your first ever post.

I feel like a major requirement for an FBI agent in the DC universe would be “can hold their own against supervillains”, @TheSandmanofGotham. Especially Gotham villains. I bet at least half the FBI’s resources would be devoted just to Gotham issues.
I feel like this is one of the harder choices for many people here, @TheWifeOfJasonTodd!
I think Harley could definitely win, but I think Batgirl would have a very good chance, too, @IamcoolYT.

Welcome to the Community, @hmhm! I’m glad to see your first post here is support for Harley.

That’s a good point, @NYJt3. I feel like Harley is someone any member of the Bat-family would have prepared for extensively.
I feel like I could have easily added a third option “They both win and are just BFFs!” to this poll, @DC89. But I’m pretty sure that would’ve gotten every single vote.

I see this ending like Rocky III… they fight and that’s it. We’d never know who won, we can speculate all we want but there’s too much respect to go too far just for a win. It’d be great to watch, but only the two of them would really know who won.

Harley would have the upper hand for awhile, but Babs is crafty and would knock her down at the end.