Who collects DC/Batman figures and what do you collect? I’m new to collecting and noticing that this can get very expensive. Lol

I used to but it getting expensive was a big reason I stopped. I would collect some special action figures and especially statues

Action figures and Heroclix for me. It can be expensive, so I usually only get things when they are on sale or I have people get them for me as birthday gifts, Christmas, etc.

I actually want to start

Also just started a Mr Freeze collection since he’s my favorite, collecting all things Freeze. Got the idea from Pixel Dan on Youtube with his Two Face collection he has since that’s his favorite . 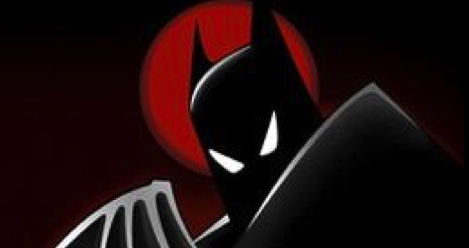 I do and like others have said it gets expensive and easily to obsess over so consider what you want first and do some research. Just one character to obsess over or a favorite team to build? Keep them in pristine packages or have them loose and pose them on shelf around computer or a diorama, etc. If I think a figure is ugly even from a favorite character I never enjoy it as much. think my favorites for me was building my own Justice League from the 7” dc direct figures. Also Barbie has made some of the best versions of the dc heroines (and Batman and Superman) that look amazing together. Good luck!

I never could last long with keeping things in packages. I like seeing collectibles out in the open, holding them and letting guest check them out.

I like waking up and seeing my Michael Keaton Batman statue! I never cared about keeping them in great mint condition to be worth something because it’s all for me and my own treasure

I started with Mego and never stopped. My favorites exist in the Kenner years - The Super Powers Collection is my Holy Grail, though I still adore the Man of Steel collection and Total Justice. The Mattel stuff (DCUC & Multiverse) has been pretty good, but traditionally is too difficult to track down at retail for my tastes. And two decades of DC Direct/DC Collectibles have brought me some of my favorite plastic representations of DC characters ever. (Bring back Icons!)

Truth to tell, money isn’t the only limiting factor when collecting these kinds of plastic treasures. When you’ve been doing it for over forty years, shelf space starts to dwindle!

I don’t really collect action figures but have accumulated a small collection over the years, that were mostly gifted to me at Christmas. I had sorta been collecting Super Hero Girls Dolls, but my kid “helped” me open them, so now they are all out of the packaging.

I literally just started. Picked up some Batman figures that I found good deals on. I can see how you can obsess and where it gets expensive. DC has so many lines and variations. Lol. I really want a Red Hood figure since he is one of my favorites but I can’t believe how much Red Hood is going for right now!

I have so many it’s stupid. I get money and the first thing that pops into my head is, should I get that bust I’ve wanted forever or piece it out into 3/4 of the cheaper figures I’ve got bookmarked. It’s extremely addicting once u get going. That being said there’s nothing like opening the door and seeing that package on the porch.

It’s not anything especially cool or expensive, but I love Heroclix.

I’ve recently started collecting, so I’ve got some small ones of Riddler, Joker, and Scarecrow and some funko pop figures of DC characters.

I collect Mezco, sideshow and Hot Toys and yes it gets expensive, it can be addictive buyer beware lol.

I have Imaginext, some of the old Super Powers figures, the 2" Justice League Unlimited mini metals and now the mini diecast figures.

I’ve been collecting DC Pops for a few years now, much to my wallet’s dismay

I’ve been collecting since elementary school.