Who Are All the LGBT+/Queer Characters at DC?

All will be revealed in June

Apologies for the confusion and error. I’m new to said “club leaders” access and wasn’t sure if what I was sharing was sharable. Link has been removed from my prior post to avoid further chaos.

I definitely wouldn’t say it’s been rendered moot! It takes a village to preserve important history, and any additional effort that can be given is valuable and important. And I love the focus on Amazons- that could be a dissertation in and of itself!

I would love to see what you come up with, and you’re definitely among friends when it comes to nerding out about research, sources, what’s canon vs. coding… As you can see we’re very excited to have this conversation

ok this is probably a stupid question but by tasmanian devil you don’t mean the little furrry hurricane making thing from looney tunes do you??

Not a stupid question.

This is DC’s Tasmanian Devil 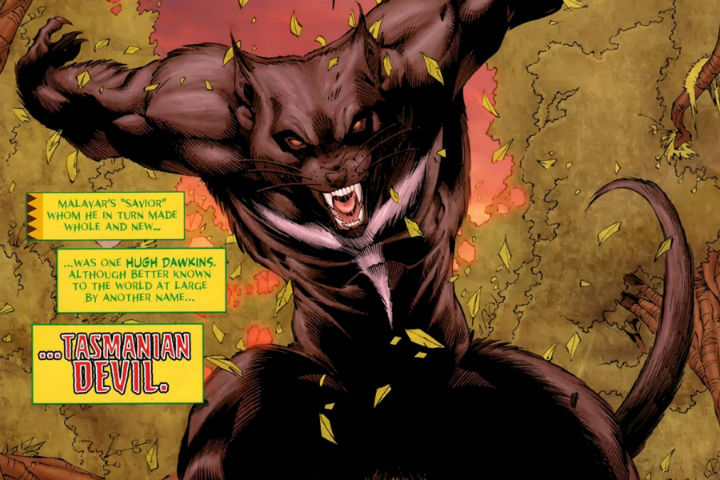 ahhhhh. I just got confused cause they did do that looney tunes/dc charcters team up thing

Oh yeah, that’s fair.
There has been a bit of crossover

Oh, right, and on that note, Snagglepuss, and half the cast of Exit Stage Left: The Snagglepuss Chronicles!!!

Thank you very much!

As it is I think Kevin Mayer from the second Wonder Woman annual is the first character on that side of things to be outright stated to be Queer.

Curse subtle hinting! Hmm…I must do more research on the Amazons…

It would be nice if there’s a catalogue at the back of DC Pride #1, like in Green Lantern 80th Anniversary 100-Page Super Spectacular #1. Oh, and off-topic, will either that and/or the Joker 80th anniversary special ever be on DCU Infinite?

Oh, I completely missed this. On it.

Oh, and off-topic, will either that and/or the Joker 80th anniversary special ever be on DCU Infinite?

They’re already on the service

(beat)
Have they forgotten about it yet? I’m sorry, but I don’t think I can do this, for a number of reasons.

In short, I’m not an expert.

In Superman:Doomsday Lex is clearly in lust with Superman.

Oh my gods, the money I would pay for an ongoing series where all of these characters are part of the JLQ. And yes, I know there’s, like, legal issues with some of them, but only for the next 97 years.

I want to add these two to this list because not only have they been lifelong favorites of mine but they’ve created a MAJOR splash in the Batman community back when Gotham aired. 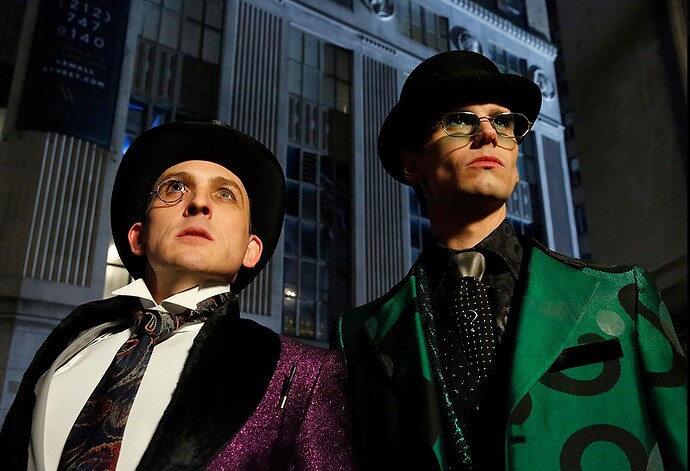 While Riddler has always been suspect in many other various forms of media and heavy with queercoding (Forever, Harley Quinn Show, some mainstream comics, B:tAS, ect.) 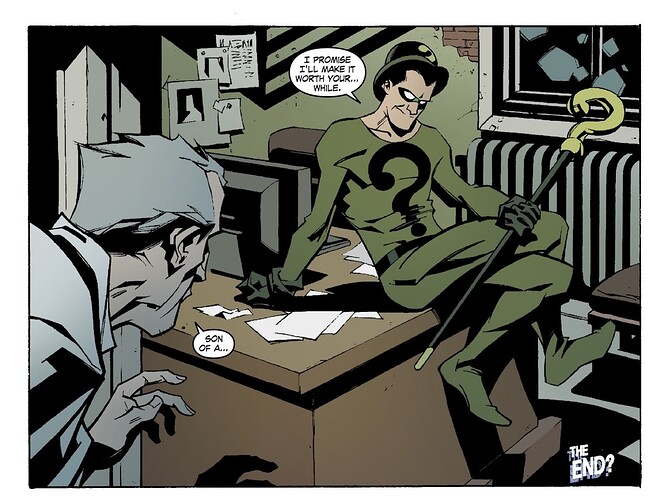 Penguin being revealed he has romantic feelings for Riddler was a major bombshell because in retrospect of what character he is known as overall. The show really did not skimp on Penguin hinting around to showing feelings, he legit said it out loud that he loves Edward Nygma.

Edward in the show however is another case considering that while he doesn’t show personal feelings much beyond the scope (it’s really rare to ever see Riddler say the ‘love’ word in anything, long with “I’m sorry” and “thank you”,) there are tons of hints and just blatant in your face remarks about it on the show, from hallucinations to allusions, to absolute realizations near the end. Their whole underlying story in Gotham is about trust, rebuilding that relationship and trying to solidify it as well as two villains could. Their strength is to CHANGE for each other on their own decision and that for a lot of people who watched this show spoke heavy levels to, a level of realism instead of pure positivity with no conflict.

Recently after Gotham aired people (including me) have noticed an uptick of them appearing together or juxtaposed in stories probably borrowing off of the untapped chemistry and interest people have in their relationship (the recent Catwoman and Batman arcs have this,) I mean they have been working together since Batman 66, and the latter part of their evolving partnership came with Dini’s Detective Comics and Gotham Underground (where in the latter half, Penguin GIVES the Iceberg Lounge to Riddler in the case of his death,) so a natural evolution is given here.

Whether the LGBT+ friendly show Batwoman continues the trend of Riddler and Penguin being a couple has yet to be seen for next season, but it would be a tradition building off of decades worth of interest and recent romantic entanglement ala Harley and Ivy post B:tAS. Just like that aforementioned relationship it has yet to be seen whether that will also jump from TV to mainstream comics and merge this lore into their sexuality, but it would be the natural next step in their relationship. I could provide so many details, examples and other bits of info considering these two but I am REALLY trying to keep this short and I recommend people to really just watch Gotham for the stellar Robin Lord Taylor’s performance as Oswald Cobblepot and Cory Michael Smith as Edward Nygma.

But one day perhaps a Pride Profile for them will be in order. 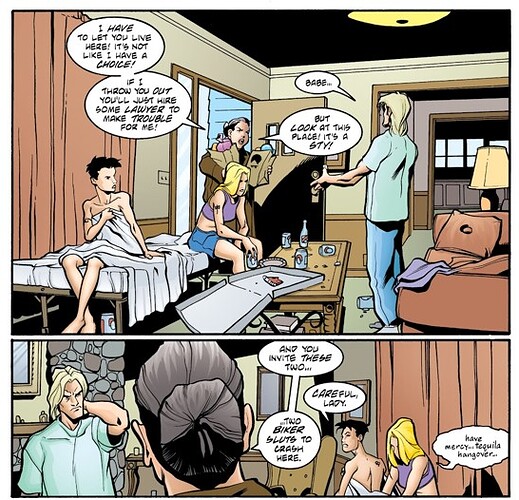 The other two forgotten characters are Riddler’s own henches, Echo and Query who have among things, tattoos of the labrys and the double venus on their skin and have been seen in Robin #93 to sleep together. It seems the ongoing joke is that they are mistaken for Riddler’s girlfriends but it seems that they have not been established as such.

Welcome back to the community @40Cakes! Thank you for the wonderful post about the Penguin and the Riddler - you are certainly correct that this pair made quite the impact through Gotham.

Wait, can you guys see that some of it is blurred? I’m not seeing it…

Thanks! I have been busy but I should try to make it back here more often!