What's Your Most Random Piece of DC Trivia?

Some people know the most random stuff. I mean, really, really random! Like, why do I know that giraffes’ tongues are usually dark cause otherwise they’d get sunburned from eating all day?? I dunno! Just do. Man I do wish I could eat all day though…

Anyway! Do any of you have any really out there factoids about anything DC? Tell us your most absolutely random, totally weirdest, insanely wacky piece of DC knowledge! Let’s see what you’ve got!

Try to stick to verifiable stuff, and be kind to each other! I’m excited to hear what little tidbits of info y’all have stored up!

What song plays on the title screen of Lego DC Super Villains?

Ron Perlman has run the gauntlet of voice acting in DC. The actor known for playing Hellboy and Clay Morrow in Sons of Anarchy.

He also voiced Slade/Deathstroke in Teen Titans and Flashpoint.

Hes given voice to many iconic cartoon characters outside of DC as well.

DC Comics once created a hero named Dog Welder, whose “strategy” was to weld dead dogs to people’s faces. 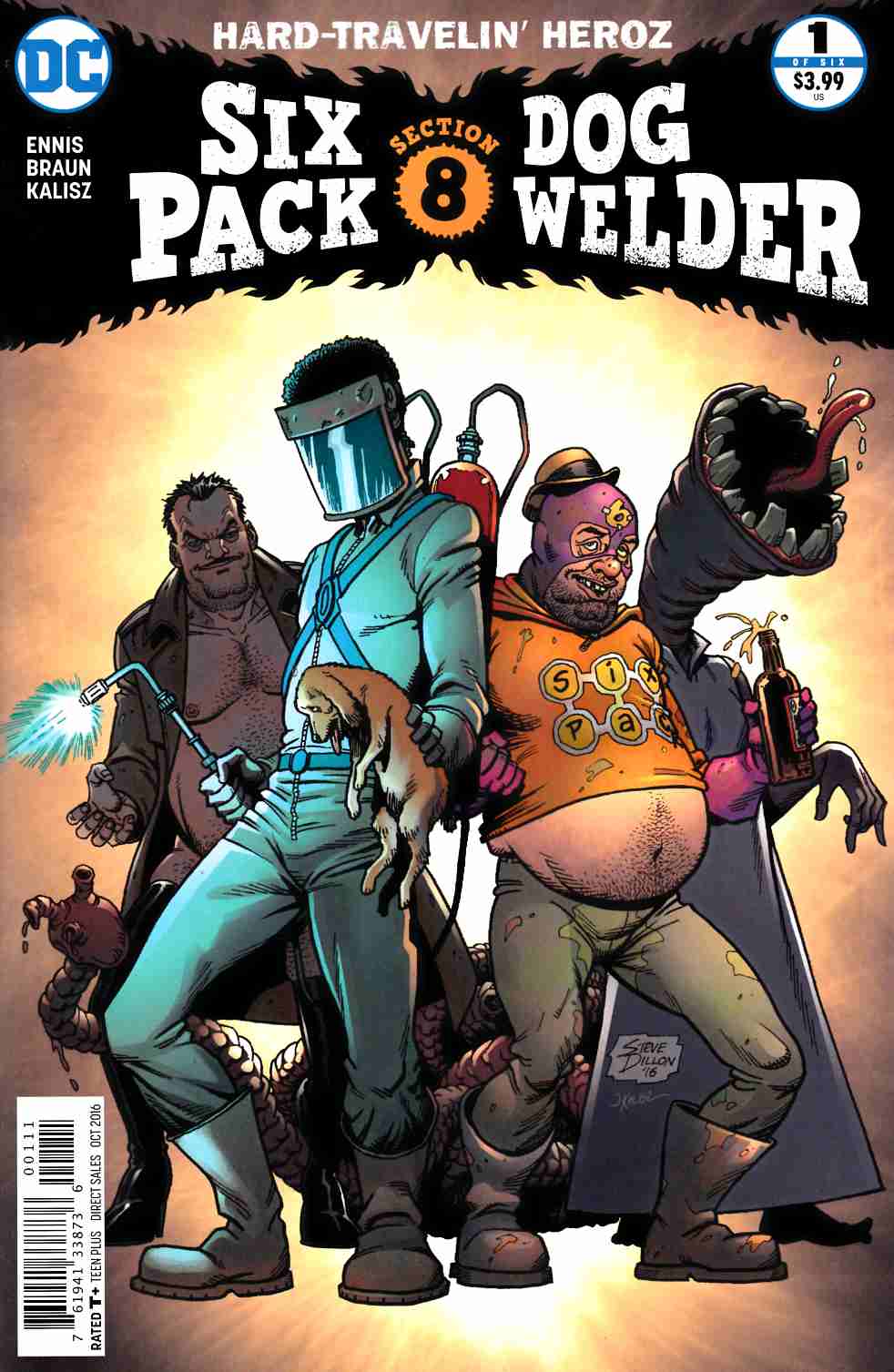 The reason there are so many gorilla stories and characters in the DC Silver Age is because editors realized a comic’s sales went up when there were gorillas on the cover.

Elvis based his hair on Captain Marvel Jr.

Aquaman didn’t make an appearance on a comic cover until Brave and the Bold #26 (the first meeting of the JLA), nearly 20 years after first appearing on the inside.

Are these random enough?

The voice of the Flash (Micheal Rosenbaum) in Justice league and Justice League Unlimited, is also the actor for Lex Luther in the show Smallville. In Unlimited; there’s an episode (The Great Brain Robbery) where Lex and Flash accidentally switch minds. Micheal preceded to play Flash in his Lex Luthor voice… And we also get this scene through the experience. “Lex” decides to take off Flash’s mask to find out his identity. When he does, he says: “Lex. You’re having a difficult day. Hmm; if nothing else, I can at least learn the Flash’s secret identity…takes off mask, frowns I have no idea who this is.”

STAN Lee actually worked on some DC comics back in the day, even getting to reimagine some DC heroes. One such collaboration if you will resulted in An Amalgam series where Marvel and DC hereos were merged into one Character. One such example is Dark Claw, a merger of Wolverine and Batman.

Kamandi: The Last Boy on Earth was ordered to capitalize on the success of Planet of the Apes, after Carmine Infantino failed to secure the film franchise’s publishing license.

I just loved as a kid that Matter Eater Lad was from the planet Bismol. That kind of stuff cracked me up in the early 70s.

It’s not that obscure, but it is random.

Steve Ditko’s first stint at DC comics was 68-69 and his first DC creation was The Creeper.
The interesting side note on this, The Creepers costume included a massive boa. He also did “fetish art” drawings from the mid 50s into the 1970sA bunch of this art was for the catalogs of Irving Klaw. (Who made Bettie Page famous)

Is this where he picked up the idea for the The Creepers boa? (Or Spider-Man’s habit of webbing up bad guys in ways that are structurally similar to some of Klaw’s work.) We may never know, but, it sure is a coincidence.

It Tim Burton’s batman the joker calls batman aka Michael Keaton jr bird man and since then Michael Keaton has done the role of Harvey Birdman: Attorney at Law and the vulture in spiderman

I would like to alter my earlier statement just a little Stan Lee had a chance to reimagine some DC characters…and that marvel and DC collaborated on Amalgam Comics… Sorry didn’t mean to word it as if Stan Lee worked on the Amalgam comics, he probably did, but that part I don’t know.

Rainbow Kryptonite was used by prisoners trapped inside the Phantom Zone to control Superman’s mind. Blue Kryptonite has no effect on Superman but kills Bizzarros. Gold Kryptonite can take away a Kryptonian’s powers permanently. White Kryptonite kills all plant life around it.

What’s up with DC and recycling actors

In “Superman and The Mole Men” (1951), the deadly weapon the Mole Men used on Luke Benson (he deserved it) and Superman was actually a converted Electrolux vacuum cleaner. You gotta love 50’s “B” movies.

In an installment of the 1940’s Batman serial, Batman said “Ah, Jap!” Then, while being held back by 2 thugs, furiously shook his head up and down like a charging bull at the clearly not Japanese actor with face paint. Gotta love WWII propaganda. Hahaha