This month we’re starting to apply more focus on the backlist issues with a total of 5 (including a new series!) being released towards the end of the month!

We also have brand new issues including:

We’re also continuing some of your favorite series including ROBIN, Human Target and Blue & Gold!

Superman 78 from the writer of Hawkman

We have them in our library… 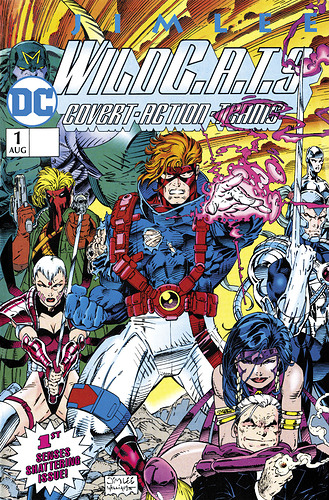 A diminutive homeless man wakes up one day and realizes he's actually an immortal alien warlord who has been at war for over a millennia. Jacob Marlowe forms... 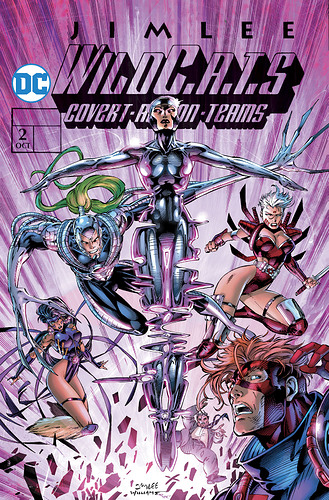 Psionic backlash from the Cat's passing blows their cover. The government can't have rogue Action Teams roaming the countryside so they send their elite...

If it was WildC.A.T.S Adventures (the book that tied into the TV series) that would be really cool (except it didn’t debut in '92).

Whatever we’re getting, new WildStorm of any kind in our library is always cool!

Oh wow, the end of the month ends with 5 archives comics!

We have them in our library…

Let me look into it! The Content Team are magical sometimes. I’ll get a solid confirmation, it may be that the issue numbers are wrong!

Oh wow, the end of the month ends with 5 archives comics!

The archive/new to digital Wetworks issues are going to increase my vintage toy wish list, because I keep adding more of McFarlane’s Wetworks figures to said list.

Thanks for increasing my vintage toy wish list, DCUI!

I’ll get a solid confirmation, it may be that the issue numbers are wrong!

There’s the potential that it’s updated files too. A ‘remaster’ as it were.

True, but would remastered issues warrant being placed on a “New for X Month” list?

I would say yes if the plan is to keep going!

Maybe, but we already have them, and they don’t exactly look bad.

However…if getting remastered editions of books we already have is what leads to us eventually getting the entirety of the original WC series, then I’ll hop on for that ride.

I wonder if we’ll get Alan Moore’s WildC.A.T.S at some point…

@Alec.Holland Please pass my compliments to the chefs who are adding to our WildStorm stew, if you could. It (the WS section of our library) is a delicious stew that is only going to get tastier and tastier as more additions come to it.

Time sure is starting to fly, June just flew by…

HUMAN TARGET #3
ARKHAM CITY: THE ORDER OF THE WORLD #4

DETECTIVE COMICS #1047 – I’ve been waiting since January for this…

BATMAN: THE KNIGHT #1 – I haven’t read it yet, but I’m thinking this is going to be one of my favorite series ever when all is said and done.

And CATWOMAN #39 – I’ve been waiting since January for this one too.

The power of movies…

I’ve never been much of a reader of Batman comics – I’d read maybe an issue or two here or there, once every few years. Since the Joker movie and The Batman though, I’ve found that all I read now are Batman comics.

Something in me switched. I guess it was probably the shuttering of Vertigo. I was a bit lost for comics after that. Then there was the rise of Black Label, and then the Joker movie, and due to that I gave more of a look at the Batman books and found some that I like.

And now all I read are Batman books.

It’s all really rather sinister… I feel like such a tool.

JUSTICE LEAGUE vs. THE LEGION OF SUPER-HEROES #1

Can’t wait to read this when I get back from camp!

I’ve been looking forward to reading this myself (I need to read more Legion comics in general). Have fun at camp!

I need to read more Legion comics in general

You can’t go wrong any of the DNA Legion books. They’re excellent and then some.

I’ll definitely have to check this out! I loved his Guardians of the Galaxy.

I loved his Guardians of the Galaxy.

Likewise, as its still my fav GOTG book of all time.

Glad to see that the number of archive issues is increasing again! Though I’m wondering, what’s the plan with getting all of Milestone digitized? I had hoped that we would see a new Milestone title added to the list once Blood Syndicate was finished, but that’s clearly not the case. With the way things are left right now, none of the crossovers these titles have are fully readable. I was really hoping to at least see Shadow Cabinet #0 and Xombi #0 for this month so that the Shadow War crossover would be complete at the least. It’s a little frustrating…