This month we’re starting to apply more focus on the backlist issues with a total of 5 (including a new series!) being released towards the end of the month!

It’s also a little odd since those series are included in the Milestone Compendium TPBs (one currently out, one coming early next year), so theoretically they are completed and ready to go.

More archives are great news!
Looking forward to the hole in JLA (1960) to be filled so I can start reading it. 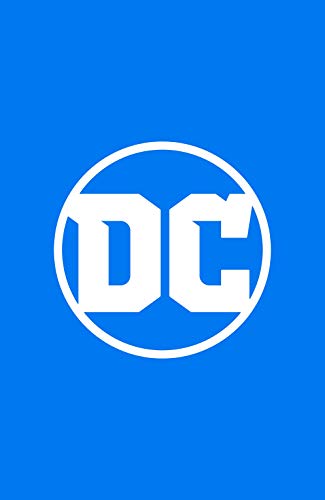 Superman 78 and Aquaman and Green Arrow Deep Target. I really want to read these but decided to wait and read the series once its all on here.

That’s a good way to do it! I need to be more patient and wait for entire series to release before I read them.

I would very much like to see more Elseworlds content added. While the online service has a lot of great alt-history titles, many fond stories show up neither on dcuniverseinfinite nor in any of the TPB compilations. Superman/Batman Generations is a favorite, as is the ones where Kal-el’s rocket lands in Feudal Japan (Shogun of Steel), or when an earlier generation of the El family (Gar-El) establishes a tyrannical rule in colonial America. In addition, there are many Elseworlds stories that dcuniverseinfinite does carry that don’t show up under that series heading, so maybe a little better indexing would help fans find these. Thanks.

Anytime there are more Archive comics its great news but Ive officially given up hoping for more Silver Age books! Ive requested them time and again. Nothing happens. Between the debacle over at Amazon/Comixology and here, it seems no one wants to take my money. This site is still amazing and there have to be underlying issues as to why there arent more silver age books but Im frustrated and, as time goes on, Im checking less and less.

It’s very Bat-Family specific for me, but I am stoked for 4 issues of new Detective to release. I’m also enjoying Tom Taylor’s run on Nightwing. I’m looking forward to the release of #88.

And can we talk about Batgirls for a second? That first issue was a blast and I’m on board. I will never tire of seeing Steph in “the family” rocking the “Spoiler with a Batgirl symbol” costume! I love all of the touches and callbacks to the Bryan Q. Miller/Lee Garbett series.

I like reading the DC Connect that promoted these books to get myself psyched for them now that they’re available on here. Instead of the usual where I read DC Connect, think something sounds awesome and then do the math…“Let’s see, it’s coming out in October 2022 which means it’ll be on DCUI in (counting on hands) April!?! Ohhh…! But it’s only July! I want to read it NOW!!!” Instead of that I get to read DC Connect, think something sounds awesome and then start reading it immediately! “Man! Swamp Thing: Green Hell #1 sounds awesome! A BLACK LABEL Swamp Thing book? From Jeff Lemire!?! F*** yes! I’m going to read that…RIGHT NOW! Take the day off, math! No waiting required! Instant gratification!” 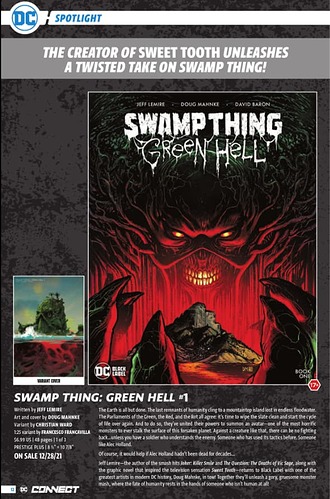 Is “The Last God” permanently removed from DCUI? I was really hoping to knock that series out this summer…

Hey there! Welcome to the community — and thanks for bringing this up!

Unfortunately, I don’t have a definitive yes or no answer right now, seeing that the collection itself for The Last God still seems to be up (just without actually linking to the comics). I’ve passed all this on to the team to see if we can grab a definitive answer for you.

Apologies for any inconvenience in the meantime!