I’m not crazy about the current mix, but it’s a good reminder that there are technical issues behind the scenes that affect these decisions, and that some comics are easier to digitize than others.

Exactly. Some of the backlist issues are digitized directly from scans of their physical counterparts and these aren’t always in perfect condition, so time needs to be spent restoring the quality either before or after scanning. Sadly it’s not as simple as just scanning the pages of the comic, trimming the images, nesting them together in a digital file and then throwing them onto the site.

@Alec.Holland I’m so thrill to see six issues at the end of the month, so I really can’t complain.
I’m thankful for the effort and hard work that DC team are doing.

I will read all of the comics on the site and the Wildstorm issues are ones I skipped in physical so at least they are new to me. A few comments

TL:DR - I’m okay with this schedule but not as happy as I could be. And finish Captain Carrot.

No Sandman? Or maybe a special announcement coming soon?

We’re making plans to get the whole series on DCUI soon!

See, I get that. I get that there are issues that require extra work and I respect the team for working to improve their output. Now, if DC would actually invest in their archive team, this wouldn’t be as bad a problem. But I think that too often any critique we make gets hidden behind “The archive team is doing their best!” which doesn’t really answer the problems, like:

I understand that there are extenuating circumstances, I really do. But I think it’s a fair critique to point out just how monotonous this lineup is. It was monotonous when the four slots were solely Milestone, but swapping those four slots to Wildstorm titles that are just as long (if not longer) doesn’t solve the problem. I cannot be convinced that there is not a single post-crisis series that would be as easy to put up as Gen13, just so we can have a little variety in what we get each week.

Looking forward to the Gen13 stuff. I read Gail Simone’s run and loved it, so the earlier stuff will be of interest.

I’ve also been saving Batman vs. Bigby until the whole series is uploaded, so I’m almost there. Loved reading all of the Fables on here. The whole series popped up here out of nowhere and was a real delight.

Saving up Nubia/WW/Amazons until I can read the whole crossover at once. Getting closer…

I’m also really excited to read Batman vs. Bigby. Even though I still haven’t been able to make myself finish reading the original series. I love it so much, I don’t want to be finished with it. Which seems a bit sillier now that I’m actually buying the new physical issues of the series.

Always thankful for the additional comics, but why are we not getting the back catalog of Wonder Woman volume 1 at all? I mean, it has been missing most of the return to WWII issues from the 70s up into the 80s if I’m not mistaken. It would be nice to at least get the complete run during the TV series, especially if you add the letters page(s) in as well. Will we ever get the Huntress back stories added complete as well? Thanks again for the great service!!!

I love it so much, I don’t want to be finished with it.

Understand this completely. I binged it while I was on vacation, but I kept telling myself to slow down and savour it. I lacked the willpower to do so!

My only saving grace is that I forget things quickly so a re-read will still be very good in a couple of years.

Always thankful for the additional comics, but why are we not getting the back catalog of Wonder Woman volume 1 at all?

They were putting out Golden and Silver Age pretty regularly for a year or so but it’s been a bit dry recently, but perhaps that could change? 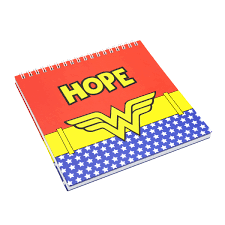 I get why you won’t release original graphic novels on here (for the most part), because those tend to be evergreen sellers at bookstores. However, you should try to loosen the “single issues only” rule for collections that have been digitized to fill in holes in places where the individual issues have not been released digitally.

Let me take a spin through DC Connect Issue #19 and see what looks good to me! 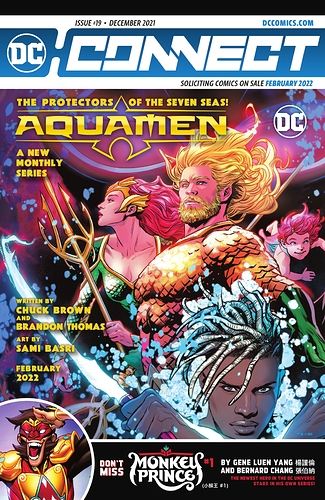 The protectors of the seven seas unite in Aquamen, a new series starring Arthur Curry and Jackson Hyde! But what’s at the heart of the explosive Atlantean...

I didn’t even know this was coming out, but seeing Tee Franklin and Max Sarin revisit this show in comic form again is a lovely surprise!

Seeing the Secret Society of Super Villains listed is a nice surprise! I forgot that series even existed and am quite interested in checking it out. I remember that the entry for that team in the original Who’s Who series which I found on this site seemed quite interesting.

I’m glad to be getting more Wildstorm, especially titles like Wetworks, can’t wait until Tao shows up in Wildcats

Anyway, the usual for me:

ARKHAM CITY: THE ORDER OF THE WORLD #5

THE JOKER #12 – I guess I’ll stay with that since there’s going to be another ongoing; and Punchline is getting a limited series too, so yeah…

PENNYWORTH #7 – …wrapping that up.

BATMAN: THE KNIGHT #2 – …and just getting started with that.

I’m just glad that holes in the collection are being filled even if they aren’t the specific ones I want at this moment.

Gen13 v1 and more from Stormwatch v1 and WildC.A.T.S v1? As Bizarro Jerry said on Seinfeld, “Me am so happy!”

The new WildStorm goodness is a fine, fine way to ring in the imprint’s 30th anniversary. As Russell Casse said in Independence Day, “Keep it comin, keep it comin’!”

I know we have a number of WS fans here who are going to be happy about this.

Here’s looking at you @Vroom and @Bar-El

You said that in your best Humphrey Bogart voice, yeah? Yeah.