What’s the Biggest Misconception About Your Favorite DC Character?

“Superman is boring and outdated.”

Yeah, or “Superman is not relevant” or “Superman is too overpowered”. His power level only emphasizes how incorruptible he is, and that’s why he is a symbol of hope and a better tomorrow. A refugee/immigrant that is accepted into another world as one of its own, and making it a better place along the way couldn’t be more relevant. The values he represents, which were instilled in him by a kind couple from a small town in Kansas, are not outdated; they are very much needed. None of the above is “boring”, and neither is flight, super strength, heat vision, etc. Yeah, other heroes can do it, but Supes did it first, and still does it better

None, everybody loves me.

Batman is not a jerk. He just cares a lot.

Funny, was just talking about this on another thread. I think some people (mainly writers) read too much “Dark” and not enough “Knight” into “The Dark Knight”. I think you’re more fun than some of your stories let on

I have never been dark. If not I would have been killed by bullets years ago. I am more of a walking orphan make a wish foundation.

Batman is not a ultra-loner. He has an entire Batfamily.

I was gonna say the same thing about batman

that jason todd is a bad guy he’s not

“Stephanie Brown is the worst Batgirl and Robin” - she’s the best! Or at least my favorite.

“The Question is an objectivist superhero”

Uhh, maybe if you only read the 8 comics Steve Ditko wrote. There’s more material of Peter Parker being an Ayn Rand mouthpiece

“Deathstroke is just obsessed with teens and he’s a terrible father.”

This comes from people who have only known Slade through tv, teen titan books, or cameo appearances. Slade is not an intentionally bad father, he is very much an accidental one. He very much loves his family and would do anything to protect them. It just so happens that his profession is the thing that has been the catalyst for much of the harm that has been bestowed upon them.

Go to the 9:15 mark if you want to know all about Deathstroke’s so-called “obsession,” right from the horse’s mouth.

Another thing that irks me is how the judas contract has painted this dark cloud over Deathstroke. Apparently, people forgot to read the trial of the terminator. 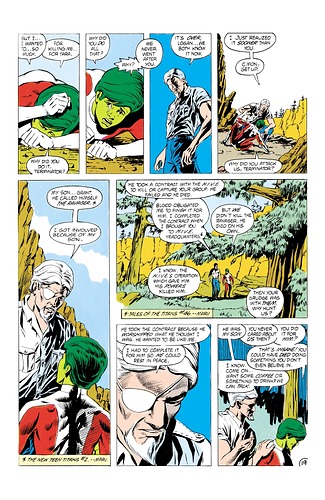 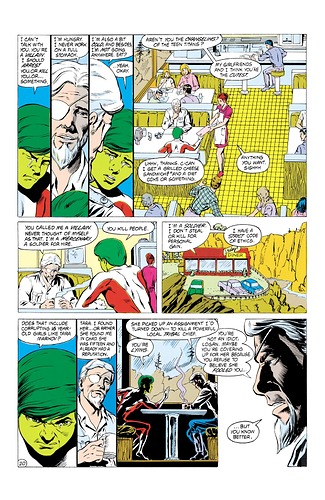 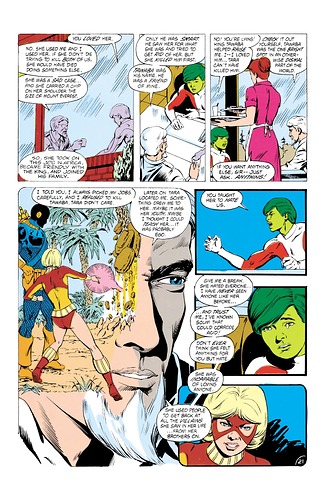 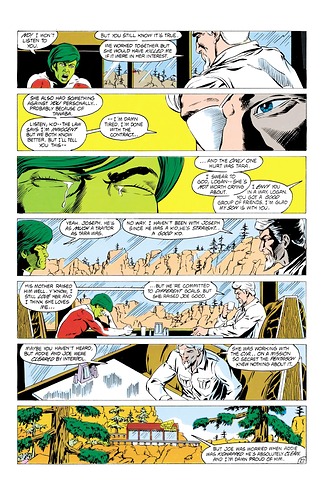 Examples of Slade’s so-called “hate” for his family. 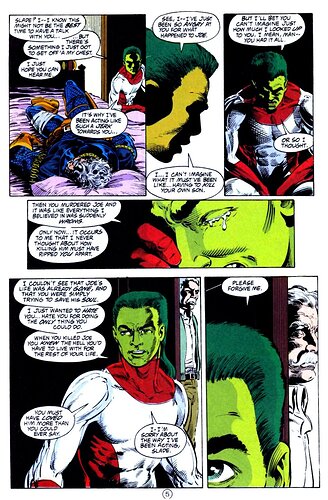 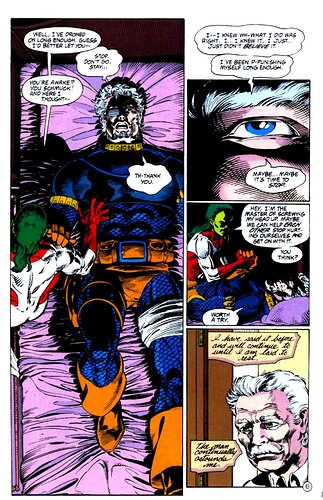 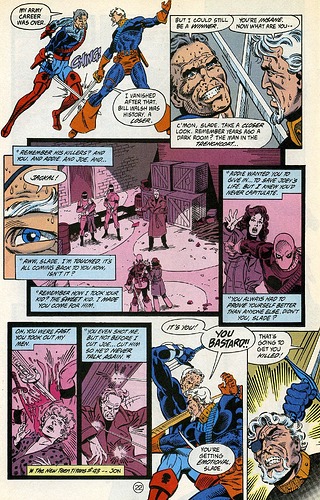 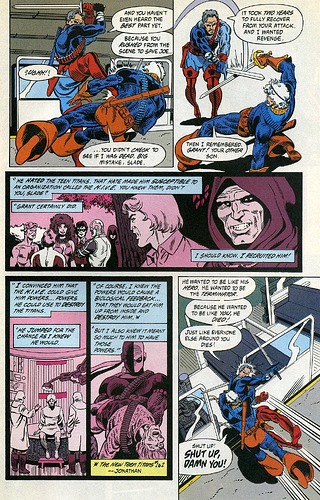 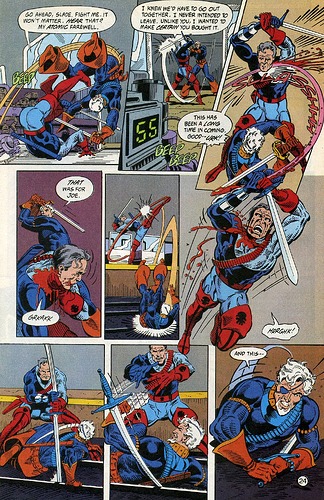 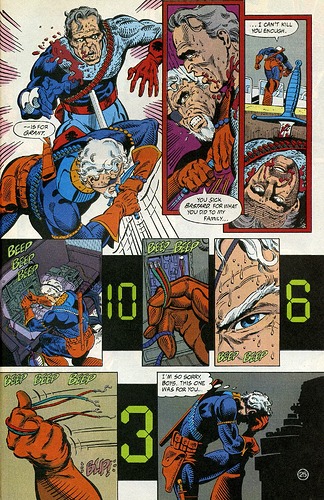 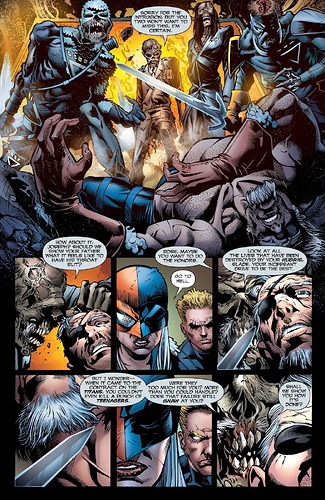 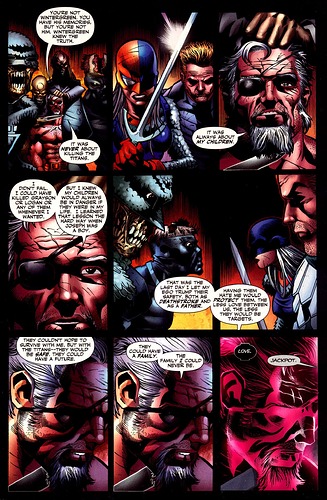 None bc everyone loves me too

Fire is not Martian Manhunter weakness. It’s the worst excuse to sideline or make Martian Manhunter a Jobber in stories.
While fire can hurt him, it’s not like Kryptonite to him. Fire beside making it difficult for him to keep his form together and tangible, it’s exclusive to just him because it’s ptsd from watching his planet burn. Even than this anxiety about fire is something he can overcome if he needs to.

This is seriously the equivalent of the color yellow being Green Lantern weakness in the bronze age.

Both the fire and the yellow weaknesses are way better than Kryptonite. They are weak to things that are actually common and can accidently be ran into when fighting normal criminals. Making all these street thugs armed to the teeth with Kryptonite is just ridiculous.

I mean the thing about Bernard is that he’s mostly harmless and typical of a love interest. I think of him the same way I think of Nightwing former girlfriend, Bea. 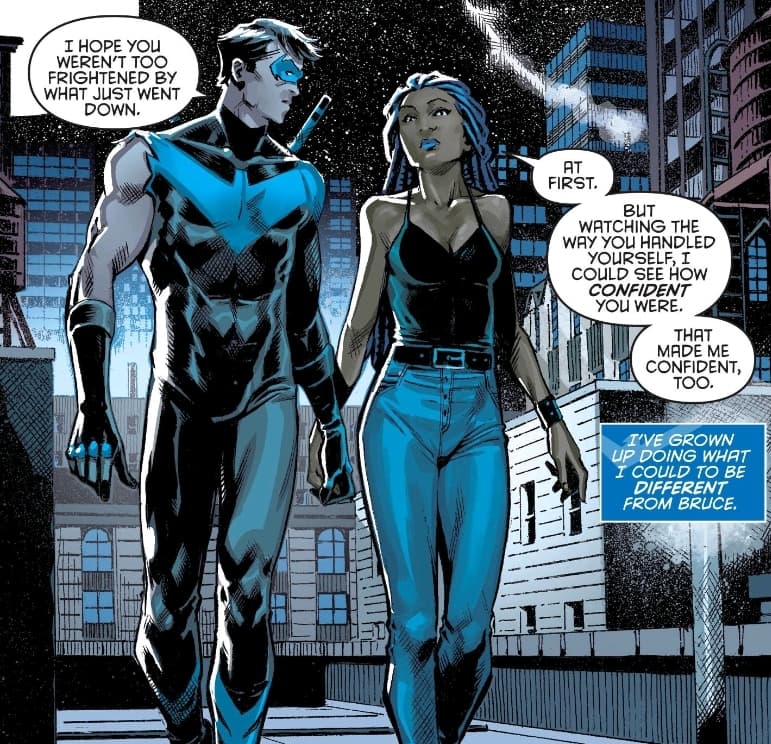 Remember her? While I like Bernard enough I still have my doubts if this guy has staying power, he’s might just be present for the moment until Tim Drake gets in a better relationship.

I also really liked Bea as a love interest, but only during the whole Ric Grayson story arc thing. I think she was good for him while that crisis thing was going on.
And I also don’t think Bern and Tim are in any way soulmates or anything, and I am well aware that their breakup is inevitable, but I’m still hoping they’ll stay together for a while. They aren’t a perfect couple, but they are a good couple, unlike what so many people are saying.