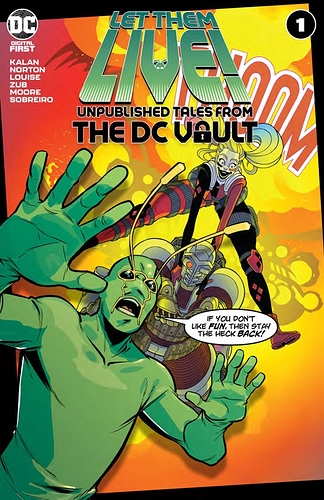 It’s Groundhog Day, a date that feels pointedly ironic this year given the global monotony of the past 11 months or so. But here’s something new: the debut of our first original DC Universe Infinite series, Let Them Live! Unpublished Tales from the DC Vault!

Let Them Live!, a new series featuring DC’s previously unpublished comic book stories, debuts on DC Universe Infinite as an added bonus for subscribers. It will publish on ComiXology and other digital platforms on a biweekly basis. Let Them Live! is DC’s first original title to debut on DC UNIVERSE INFINITE.

LTL is a fictional narrative featuring DC’s Ambush Bug working as a night janitor at the DC offices, written by Elliott Kalan ( Mystery Science Theater 3000, The Daily Show , Spider-Man and the X-Men) , will frame each issue. One of DC’s few fourth-wall breaking characters, Ambush Bug will introduce each story from a vault of unpublished DC comics and provide a meta-narrative for fans to react to. With writer Elliott Kalan and artists Mike Norton and Marissa Louise at the helm, DC will give readers a glimpse into some of the untold (soon to be told!) stories of DC’s infinite universe.

Read the full details of Let Them Live! over on dccomics.com!

And for all our Ambush Bug fans (I’m looking at you, @biff_pow) here are some hi-rez shots of your favorite superhero! 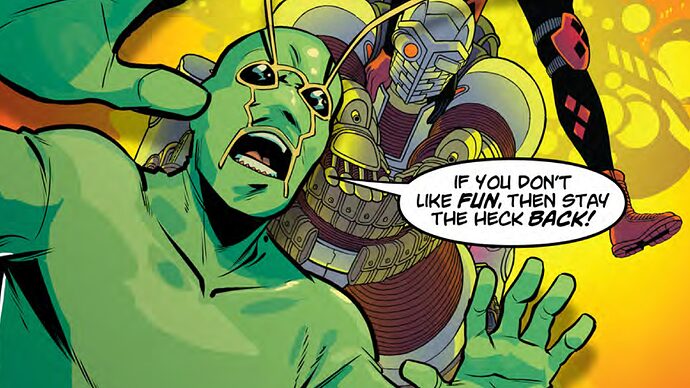 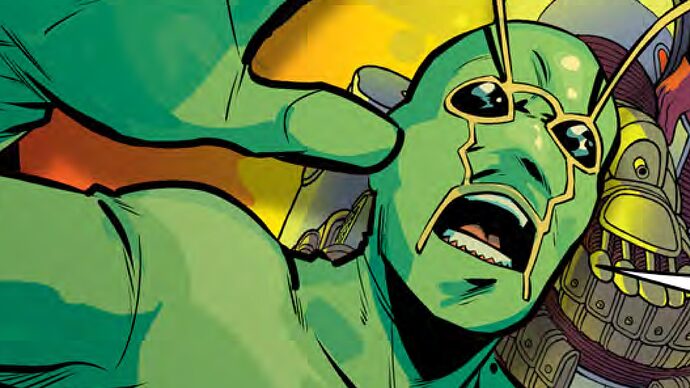 Oh man, the idea behind LET THEM LIVE owns. This is EXACTLY the kind of stuff I get excited for.

JOHN CONSTANTINE: HELLBLAZER #8 and PLUNGE #5 for me.

And of course LET THEM LIVE!: UNPUBLISHED TALES FROM THE DC VAULT #1. 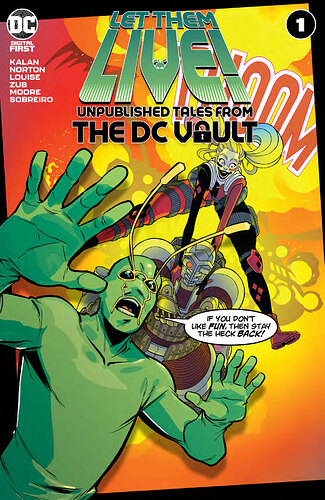 This is so cool.

Digital First. Yes. I love it.

Love that there’s early exclusives for the service. That’s the kind of stuff that needs to happen for the service to really feel like a good deal. Excited to check the new book.

I just finished Let Them Live! It was amazing and such a fun read. Ambush Bug is always great.

That’s great to hear that you liked it.

I’m looking forward to reading it myself!

I’ve been thinking, is it possible for comics to have a deleted panel like movies and shows has a deleted scene?

I think Alex (@HubCityQuestion) mentioned this on Twitter, but he’s absolutely correct. This is Tales from the Crypt: DC style, with Ambush Bug as our Crypt Keeper.

In any case, I’m putting this down as an absolute W for DC’s new-look editorial. This is a really fun and creative use of the anthology format as a platform for the wackier, more experimental material that doesn’t fit in anywhere else because of its inventory designation.

If you want to maximize the value of your all-you-can-read comics service in a crowded market, that’s one way to do it.

Probably so! Dig deep enough and you’ll find some interviews with writers and artists who talk about (or at least mention) the stuff that gets left on the cutting room floor.

One particular instance that stands out to me is Benjamin Percy, back when he was writing for DC, had an idea for a Green Arrow storyline involving Connor Hawke that didn’t go anywhere.

I participated in a podcast where we drafted a dream team Justice League and my second pick, sixth overall, was Ambush Bug. No joke. (First pick was Darkseid as the villain.) There was a reasoning behind it and I stand behind that pick.

I am so excited about this and am so pleased to see the promises of DCUI coming to fruition. They told us there would be DC Universe Infinite Originals and here we are getting one less than two weeks into the relaunch. Amazing and so, so cool.

Now if you’ll excuse me I have to go read this. Now.

When does Let Them Live debut on ComiXology? I’d be curious to know how long it stays as a true DCUI exclusive.

Interesting to see Jim Zub on this.

Great to see all the Milestone Comics digitized with a nice sharp focus this time around. 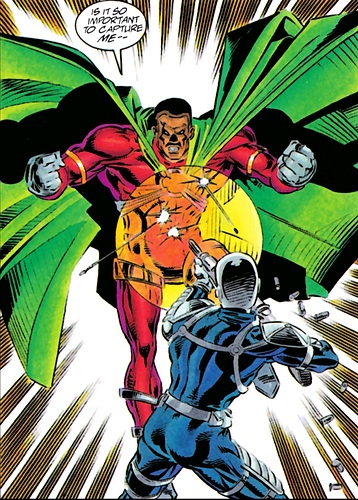