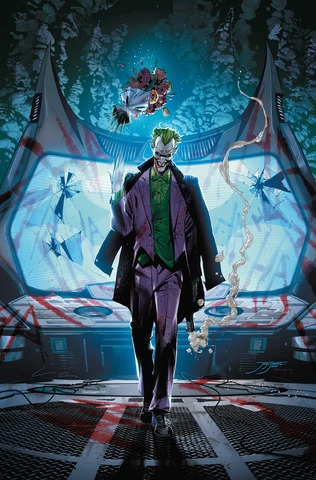 We’re officially in the DC Universe Infinite era, with nearly a thousand new-to-service comics and graphic novels to show for it—from six months’ worth of freshly added mainline DC titles to key releases from DC Black Label, Vertigo, Hill House Comics, and Milestone Media. (Read much more about that.) But we’re not letting up, with new additions to DCUI hitting this and every week, plus plenty of fun to be had on the DC Community!

RETURN OF THE ARCHIVE COMICS

What’s the deal with Icon and Firestorm not being available?

Hmmm, are they not showing up for you when you search for them, @shazam7894?

Are any other imprints on the schedule? Minx or Focus or Paradox? There’s a lot of stuff that’s not otherwise available from these things.

No they don’t show up, and in the post above the other new issues all have links while Icon and Firestorm do not. I also checked the full comics page and they aren’t there.

They show up normally on iOS.

Icon shows up for me. For some reason it’s blurry for me though not sure what that might be about.

The Comixology version this morning is crystal clear by the way.

I just finished Batman #95 this morning… and my boy is in for some serious carnage. Why you gotta do us like this, DS?!

Also, kinda disappointed that there were only five archive comics this week. Maybe next week there will be more.

It’s nice to see ICON. I’m waiting for the “Milestone revival” before I dip my toe in though.

I missed the whole of Milestone the first time around back in the 90’s, but I’m interested to see the STATIC SHOCK digital series, and the STATIC SHOCK original graphic novel from Reggie Hudlin and Kyle Baker.

Anyway, John Ridley’s THE OTHER HISTORY OF THE DC UNIVERSE #2 was my pick-up of the week.

Between that and the DC Universe Infinite era officially being underway it’s been a good week.

I’m glad to hear you’re enjoying all the new additions, @Isaac.Lawrence! I’ve been looking forward to reading some of the Milestone comics myself.

With Joker War where do you start reading?

According to this topic, alphabetically by order of publication date made sense.

They show up for me now. Not sure what the deal was. Thanks!

I’m happy to hear that, @shazam7894! Let us know if you have any more issues.

@Reaganfan78, I picked it up at the beginning of Tynion’s run (Issue #86) and I’m doing just fine. When I have time, I plan to go back and read earlier issues to get up to speed a bit more. But from what I understand, there’s a sort of “line in the sand” between King and Tynion’s stories within the series.