A DC animated film not centering around Batman or Superman or even featuring Batman? SIGN ME UP!!! This looks so good! I can’t wait! Love that they’re going with the Man of Tomorrow art style/animation. I smell a new animated movie universe in the works and I’m so happy as the last one sucked! Prime Earth and by association the New 52 movie universe were all created to remove the legacy from the universe. It hasn’t worked and has been to the detriment of DC since. By introducing the JSA as the team and generation of heroes before the era of the Justice League will set an entire universe based on legacy! They could actually do something right for once! Does anyone else think the Long Halloween films in the works could also use this look as well, assuming they’re all connected since it’s the same art style/animation? I mean Long Halloween is early in Batman’s career and he was just confirmed to be real in Man of Tomorrow. And if I’m not mistaken, didn’t the paper in the movie say something about Batman taking out organized crime as in like the Year One story?
Anyways, my only thing right now is if the JSA is the generation of heroes before the JL and this is WW2 then… wouldn’t that make the JL era like the 60s-70s, and their kids like the 80s-90s? They would need like 2 whole brand new generations of heroes to catch up to today. They probably shoulda gone with the JSA in Vietnam instead of WW2 if they wanted to make it current. But whatever I’m still ecstatic!

Man of Tomorrow is HIGHLY recommended in my book! One of the best Superman movies to date! Yeah, I’m thinking this is building up to a new universe. Honestly, after the last one AND the DCEU were so

I think they were waiting to see the reception Man of Tomorrow got before even considering it. Hell, they’re probably still feeling it out. I think that could be why they haven’t dropped any Easter eggs, that is if the art style/animation being the same has any connection at all.

I was hoping for them to adapt the DC Bombshell comics into a WWII set animated film but I’ll take it.

Ok, with this trailer I understand why Iris is in it. If Barry is there it makes sense to have a scene or two with Iris. I was concerned they were sending Iris to the 40s. This makes more sense.

In case anyone hasn’t seen it yet: 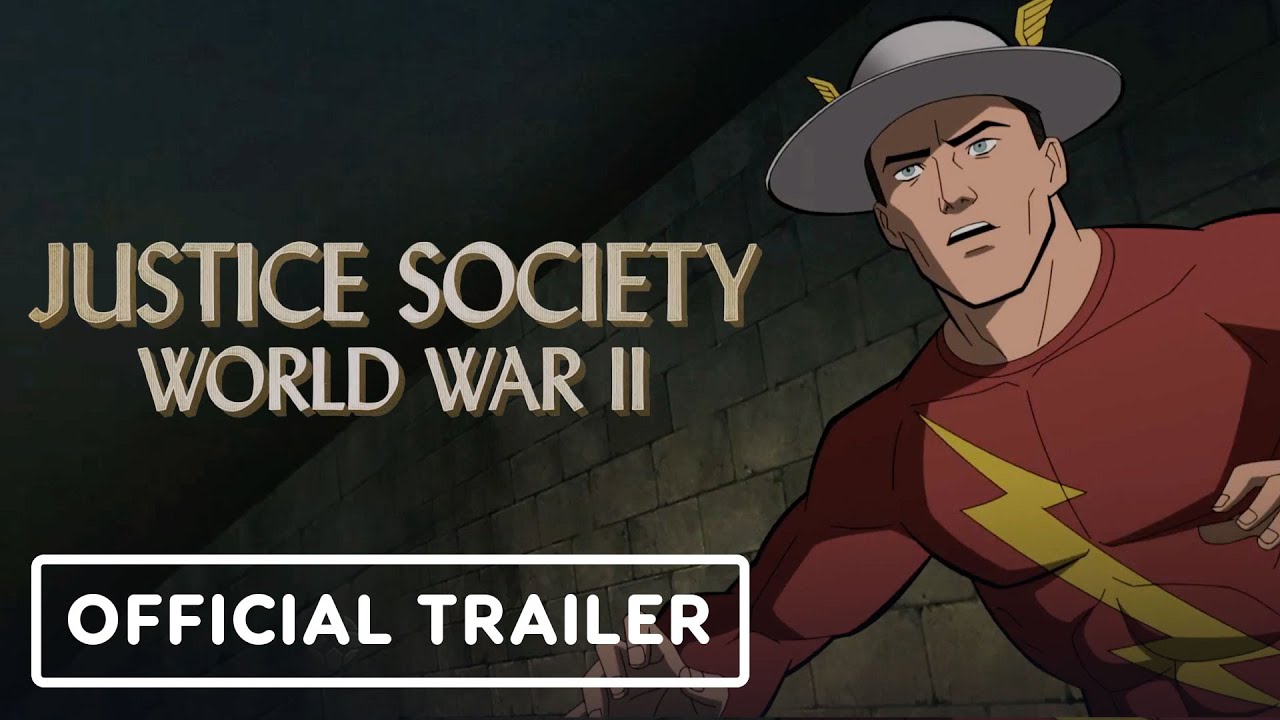 This looks a lot of fun, definitely looking forward to it.

That would’ve been cool too omg!

Along with Bombshells, I’d like to see Liberty Files done. But, also very happy with this

Big, big oof. I’m sorry but honestly I’m baffled at how bad this is visually. I’m kind of amazed that this is passing for acceptable quality and got greenlit with anatomy problems and baffling design choices. Pretty disapointed honestly, I mean I’m all for the cast and story but this souless flat animation looks like a bad attempt at merging 3D and flash to cut as many corners as possible.
When I first saw the still image I thought it was a mistake or somebodys fan art on my feed…then seeing it animated in the trailer just 🤦 Sorry, I know some people are hyped for this but I feel so let down that this is what they’re giving us in a feature film, especially when you go back and look at some of the stunning animation we’ve gotten in the past.

Huh, it’s funny you say that, because from what I’ve seen both this and Superman: Man of Tomorrow has been almost universally praised for their animation.

I haven’t seen A:MoS yet but from the trailers it had the same animation technique but did better at lighting, backgrounds, and character design in my opinion, which helped act as a distraction from the same stiff animation movement as Justice Society:WWII. I’ve seen a decent split on people commenting online for and against the animation.

I can look past the styles and colors and designs as that’s more or less a preference thing. But when they use whatever method this is (looks like a hybrid mix of 3D and something similar to flash idk I’d have to research it) the movement of the animation is so stilted. It doesn’t give any characterization to the characters doing the movement, doesn’t give the illusion of speed and weight in the fight scenes… When I look at the trailer and focus on the animation itself, I kind of just see what looks like trying to do the fastest, most economical (and therefore cheapest) movements rather than using the movement to help tell the story.

I can’t be mad that people like the style, I’m happy people are happy. But I feel pretty let down with the detection as it just looks like less and less effort is going into it.

so is this Barry coming to the past connected to barry restarting the timeline in apocalypse war, or just barry traveling in time for other reasons?

The article says
This happens
Because
It is the first time
He is using the
Speed Force.

So this is a young Flash, probably not long after
He gained his super powers

This is too far away. I’m too excited for this movie and don’t know if I can wait that long. I’ll def be picking up the physical copy so I’ll have to wait even longer. I’m sure they’ll do a collectors edition at Best Buy like they normally do. I’ve never picked one up but will have to make an exception for this one depending on what character figure comes with it. Basically anybody but Barry and I’ll grab it.

A figure of Hawkman would be great.

You could be a kid again
And use one hand
To pretend he is flying in the air.