Is it really that bad? I was thinking about starting Batman but I heard that King’s run was really bad. If so, what is bad about it?

I love the run. That said, it’s more effective when read in trades, not in bi-weekly issues. (Since you can binge it here, it should read fine.)

I will get some deluxe editions. What did you like about it. All I’ve read is negative stuff about it and I would like to hear something good about it

I would suggest reading the issues we have here first just to make sure it’s to your tastes:

Batman #37 is one of my all-time favorite Batman stories. It exhibits the main strength of the run: it is character-driven, not plot-driven. In doing so, it recaptures what I love about the late Bronze Age Batman comics.

I thought King’s run was fantastic up until The Wedding. Then it becomes all about the Bat/Cat story.

That’s partly why I considered reading it. I wanted to see more of the juicy romance. I’ve been playing Telltale Batman and got in the mood for it.

I think it’s fan dependent. I personally hated it. I thought things he did were too out of character for Bruce, thought it was about 30 issues longer than it needed to be, and really really hated the dialogue.

I am divided on the run. If you like Tom’s previous work with the topic of PTSD, then you will likely enjoy this. If you are a Batman fan like me, you may find somethings to be out of character and weird. It started out great, but ended baddly. However I would recommend checking it out because of it’s theme’s and idea’s it brings to Batman.

I have yet to read it, but I’ve seen a lot of people hating on it around here, which makes me really sad. Batman is my favorite, and I adored King’s Vision, so I was expecting something amazing. Trying not to let the reviews color my expectations too much. By the time I get to it, maybe I’ll have forgotten all of them.

I liked it up until the end of the wedding. Then it just got weird.

I was OK with the wedding and the after events, but as soon as

Nightwing is shot by KGBeast

It turned for the worst

Nightwing was the very first comic series I ever followed and as soon as that happened. Nightwing books were screwed. I think they’re finally getting better though.

I agree, Dan knows how to fix things and do it in a natural way

I personally love King’s run. Granted, I’ve only read up to the wedding, nothing since sooo…maybe my opinions invalid here​

I personally think (especially towards the beginning, meaning vol. like 1-3 or 4) he plays to Batman’s analytical tactical side really well. Example, with the Gotham and Gotham girl arc, during a fight with Grundy there’s a Batman line that says something along the lines of “you would’ve caught him in 1.5 seconds, he would’ve trampled that man in .7 seconds. You’re doing good. Do better.” Also, king (to me) seems to flesh out bane as a unique Batman character very well. So yeah, I would recommend king’s work, but I also don’t know everything, and that’s just my two cents so take it all with a grain of salt haha.

OK, I’ll speak as someone who wasn’t disappointed by the wedding because I couldn’t bear to read even that far: King’s run is pretentious, disjointed, padded, and riddled with strange plot holes. Each of the first four arcs (all I read, though they were all unnecessarily extended) was bad in its own different, special little way, but the unifying theme was moments that were trying too hard to be clever strung together by not nearly enough plot to justify those moments.

Also, you’d better hope you have the same favorite characters King does, because you’re going to be watching those characters win fights they have no business winning constantly.

I do agree, He is trying to be Alan Moore writing Batman, but he gets to caught up in his own work

King’s I am Bane story is one of my favorites, but it goes downhill after that. War of Jokes and Riddles is good too but after that he really tosses the character of Batman out the window.

He works better with more obscure characters, Mister Miracle is in my opinion, one of the best comics out there and I think that it worked well with King because Mister Miracle had no character and was shallow. This gave Tom a chance to intergect his own characteristics into him and make it his own. But I will also give Tom’s run this, the art by David Finch and Mikel Janin is absolutely AMAZING! 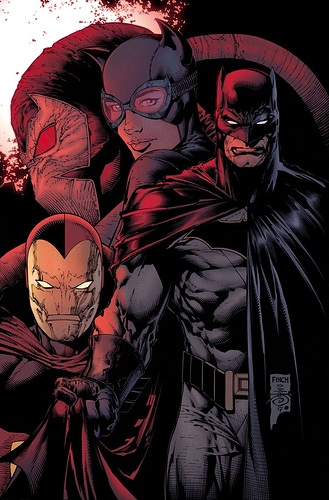 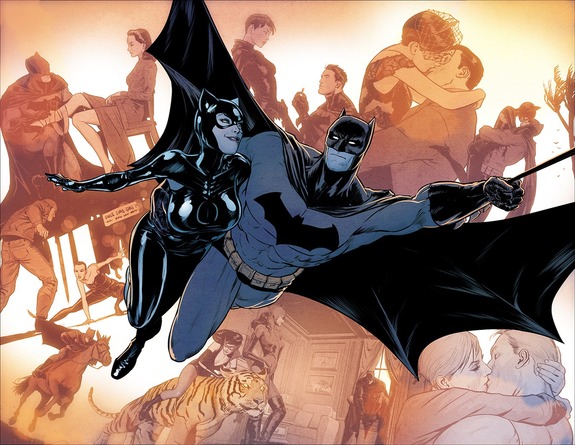