I just found this buried in my notifications. Great stuff tho!!! I agree with all of it. Everything u speculated is possible-&, I agree with the parts u liked & why. Looking forward to the next episode. Possibly tonight/tomorrow if I can stay awake that is?

I don’t know if @DC89 watches the show, but this will be of interest 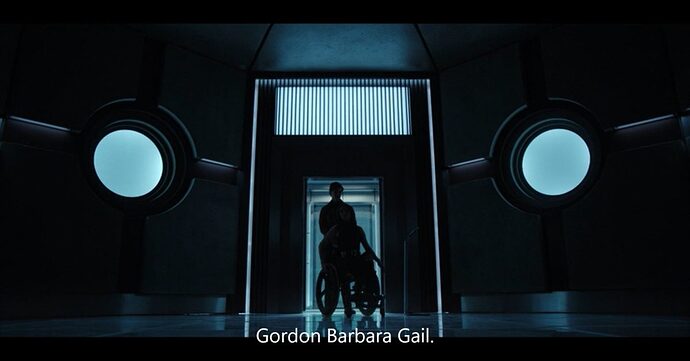 Once upon a time, Gail Simone wasn't a comic book and TV writer. That's when she just read the comics. And she read Batgirl. She posted a tale to

Oooff… this episode this week guys. It was a great one. But I’m hurting.

First off. I’m a little upset with Connor and Blackfire but it wasn’t as bad as I thought, I guess. Still gonna take some getting used to. But I will riot if she hurts him.

Jason had me for a minute. But I am actually confused. Was he working with Crane at the end of the episode? Did he know Crane was trying to get them to blow it up? Or did he think Crane was still unconscious there? No matter what, it was rough episode for him. I really hope he isn’t still working with Crane. I hope he is clean. I hope he helps clean up the mess that Starfire accidently just caused…

Starfire. Now these visions are getting interesting. I’m starting to wonder, is Starfire secretly adopted? Do we know if Blackfire or Starfire is older? I don’t remember if it was mentioned in the show or not. But that’s my guess. Kory isn’t actually a member of the Royal line of Tamaran. That’s just a base guess from the weird baby vision.

That’d be a change from the comics but it’d be a dozy for the show. Blackfire would actually be the one in line for the crown… if she found out… it would get messy…

Barbara, I really hope she is smart enough to stay away from that water. I knew it was foreshadowing something from the beginning but that was a lot. She’s smart. She should figure it out really quick.

Dick, what was in that car that hit him? I do like the young Dick flashbacks but I’m sure it’ll cause some major problems when the anti-fear toxin hits.

Gar didn’t do much this episode besides talk everyone into walking into a trap. Which is unfortunate but I hope he still gets to save Jason.

Tim. My boy Tim. My genius, stupid boy Tim. “I just want to be Robin” nearly made me cry.

I’m upset that they had two (three with Krypto) people who could stop his bleeding and instead they left him with Gar. But, I guess they needed fire people inside to blow up the place.

I think I covered most of it… I probably missed something. But I liked it this week. As long as Tim is okay. I’ll be fine.

When Connor and Blackfire showed up NaKeD and in bed for that matter, I literally said ew, and had to pause to come to terms with it. I thought it was gross because in the show Connor is literally what like a year old not even, but I felt a little better when I googled their actually ages and found out Damaris is only four years older than Joshua so in reality it ain’t that bad, and yes I’ll even admit that the car seen was cute.

Tim. My precious Tim. I loved seeing him interact with Dick, and tell him how he figured everything out. When he told him that he wanted to be Robin my heart skipped a beat. It’s so fun seeing the naive kid side of Tim whose only dream in life is to be Robin. But why in the multiverse did they have to shoot him. I already have enough trauma in my life, I did not need this thank you very much. especially when we all know that he’s coming back. Even though the circumstances weren’t great I loved seeing that tiny interaction Tim had with Jason. I love their relationship in the comics, so I really hope that they bring that out in the show.

I’m loving everything about Jason rn. Curran is doing an amazing job of portraying him, and really bringing out all of his emotions. You can tell that all that bravado he had earlier in the season has worn off, and that he’s realizing that he’s done some pretty bad things. I honestly don’t think that the Titans should take him back into the family. I think he needs to accept the consequences of what’s he’s done, and after try and make a name for himself on his own since every thing he’s been in life has been tied to someone else.

This was a good episode and I can’t wait for next week because we finally get to see what our girl Raven has been up to.

In the comics Blackfire is older and would technically be next in line, however, if I remember correctly she had some type of disease/disorder or lack of power (again, I could be wrong and it depends on how updated the version of her backstory is) but basically Star was the favored child, and their parents wanted her to be next in line. However, at some point BF does become in charge of the throne and sells Star into enslavement in order to maintain peace with a rival kingdom/planet before Star comes to Earth. I’m assuming they’re leaving that part of the backstory out of the show. I’ve never read the original Teen Titans from the 80s and it’s been awhile since I’ve last looked at the version from RHATO New 52, so forgive me if my details are wrong, but the TL;DR here is that Star is not adopted, at least in the comics.

I’m loving everything about Jason rn. Curran is doing an amazing job of portraying him, and really bringing out all of his emotions. You can tell that all that bravado he had earlier in the season has worn off, and that he’s realizing that he’s done some pretty bad things. I honestly don’t think that the Titans should take him back into the family. I think he needs to accept the consequences of what’s he’s done, and after try and make a name for himself on his own since every thing he’s been in life has been tied to someone else.

I don’t even have to share my thoughts, because you did this for me lol

I do wonder if a Red Hood spin off was to be real and my prayers have been answered, I think that this would be a good set up for it. He may not be able to rejoin them, but he could at least try to make good terms with Dick before moving on and doing his own thing, pretty similar to how he was in the beginning of the New 52 RHATO series. I don’t know if you’ve read that series or not, but as someone who has read it, this looks like a way to set up a story like that.

I guess I didn’t specify, I meant tv-wise. I know that comics she wasn’t adopted or anything like that. It would be one major twist to do that in the show and that’s what that vision looked like to me. The baby had the same color glowing eyes that Star did when she is having her visions.

But, again, this is just a guess. I’m sure the show will throw us for another loop.

Yeah… I imagine Star was feeling the same way we were, extremely confused about the whole thing

This episode was better than last. It seems this season has finally found it’s legs. This season started off reaaaaaaly slow to me. Not a fan of the nude stuff though. I get it, they make content for everyone… Just could do without it.

I was pretty excited when I saw that they kept Tim true to the comics. Watching him lay it all out there about how he figured everything out was great.

I was very surprised that Jason was so straightforward with Dick. Telling how sorry he was and that he wants to come home. Feel so bad for him you can tell he feels awful.

But the way the episode ended was confusing because for a minute there at the end I was questioning whether Jason was still working with Crane since it played out like the team walked into a trap. But remembering his earlier scenes in the episode and how lost he is I realized it was just bad luck and Crane overhearing the conversation. I think it was just how it played out confused my tired brain for a minute.

But overall I really liked the episode and as usual cant wait for more.

and Crane overhearing the conversation

Yeah, it took me a bit to remember that Crane had a tracker. That’s why he was down in the tunnels and overheard the conversation.

But I think it was supposed to play out like that because now any sympathy for Jason that the team had is gone. They think Jason led them to Crane so they could blow it all up. Jason is going to have a very hard time convincing them otherwise, now.

Oh exactly. Poor guy does not look too good in their eyes now between that and them seeing him run away from Tim after he got shot.

I will def be back tomorrow.

I don’t know if @DC89 watches the show, but this will be of interest

Thx for the heads up on this thread and the fantastic article with Gail S. @CaptainYesterday!

Kory still having visions. Interested were they May go.

BF and Connor together interesting. It seems odd but Connor has to be a least cloned to be 18 or up. At least in clone years and tamarainian ages are probably different to do it cool. He’s experiencing his first love and BF is just doing her thing. Interesting to see the purple glow under the bed. Maybe BF’s powers developing

Gar is investigating and trying to save Jason. His heart still shines with hope for the best.

Dick and Babs trying to stay together. Then the hunt for Jason begins. And Tim drops it all. Let them know he knows. He’s hiding but after the shot I think the cats out if the bag.

Scarecrow parental issues as always. And kills the mom as he tries to get Jason back.

Jason. Struggling with so much. Wanting to be home. Regretting Hanks death. So much pain. Feel bad for him.

Is this the end of Tim? What scarecrow’s goal after the water is poisoned? Can our heroes save the day? All this and more Same Titans Time Same Titans Channel

I’ve been iffy on this season, but I like the show’s take on Tim. His origin story is still basically the same, and he’s still very bright, but he’s no longer a child of privilege. That goes a long way toward making him likeable.

This Season is definitely becoming my favorite Season of Titans. The finale episodes have always been the ones that throw me off but each Season’s Story has been great and this is on that same track, but waaaayy better. Hanks Death was crucial for the Story’s plot development, and this Jason Todd/Red Hood Story is really good!

Babs and Dick are killing it for me, and this Conner/Blackfire fling is pretty great too!

Just watched this week’s episode. Won’t spoil anything, but man did it tie up some loose ends and make my heart happy. It just nicely done. 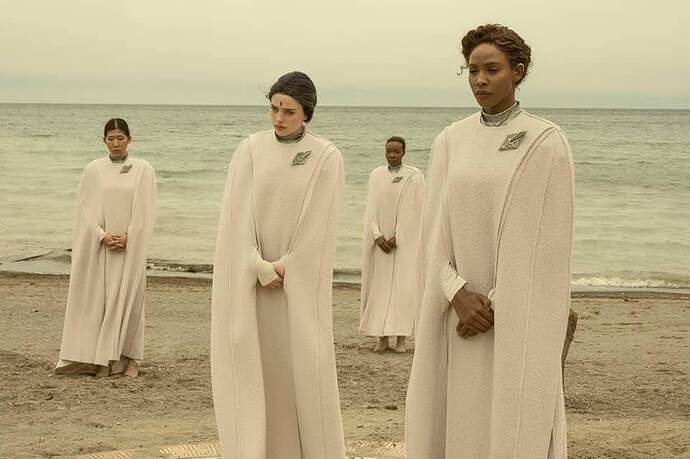 One Q regarding Sn 3 so far- where’s Rose?