The Clubs of DCU Mega Quiz

The Clubs of DCU Mega Quiz 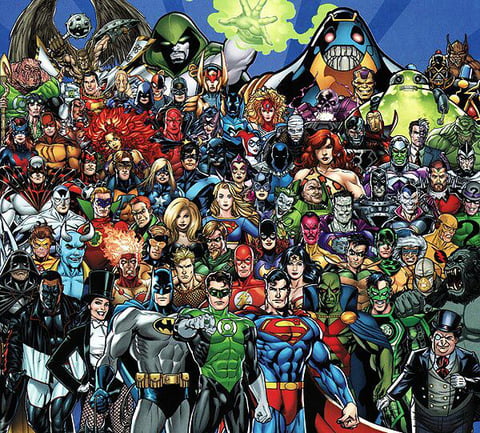 The Clubs of the DCU have banded together to offer you the challenge of the DCU wide mega quiz. Think you know DC comics, movies, television and more, give the quiz a try and find out. Good Luck.

DC TV & Movie Club: In the Arrowverse, what year did Barry Allen originally become the Flash before Eobard Thawne altered the timeline?

Characters of DC Club : In what year and what issue did Helena Wayne as Huntress first appear?

Renegade Robins, Jason Todd: Which rogue shot Jason Todd with a gun in 1987?

JSA Book Club: How long was it between issues #57 and #58 of All Star Comics featuring the JSA?

Arrowverse Couch Club : On Legends of Tomorrow , how many other clones did Rip Hunter recruit for the Time Bureau before bringing in Ava Sharpe?

DC History Club: Starting with issues cover dated February 1966 until September 1967 DC comics added small black and white blocks to the top of their comic covers. This design was known as?

That Black Label Life Club: What was Black Label’s first book and what made it so controversial?

World of Wonder: Wonder Woman was originally voiced by ____ in DC Universe Online .

Acquired Taste Book Club: Which of these characters was not created by Charlton Comics?

DC Pride: DC teamed up with which publisher for the Love is Love graphic novel?

Psychology of Supervillains Club: In what Space Sector is the Anti-Matter Universe of Qward?

DC Universe Superman Book Club: What Superman-related product does the following jingle apply to: The power, the power, of Superman!"

I should have mentioned it, but this is not an easy quiz. Those club leaders put the mega in mega quiz. You can see my avatar by the right answers, but that’s only because they had to tell them to me. I think I would have been a Teen Hero.

Well, everyone here is smarter than me and doing better on the quiz than I would have. I will say in one question, people are falling for a fake answer that I just made up. hehehe

So far, 100% of quiz takers know when Helena Wayne/Huntress debuts. Good for Helena!

I was not. but I am now. Thanks google.

I looked at the picture and didn’t even notice until I zoomed in. embarrassing for batman

Clearly he’s a grower, not a shower.

This quiz test what you about the DC Universe. Those were very interesting questions.

Thanks, each club leader supplied their questions

Thank u club leaders as @msgtv said & @msgtv himself. I’m proud to score a 9 on that. With honor rule 0 cheating or Googling. That’s a decent score for the variety & difficulty of this test. I almost missed the fact it said Wayne & not Bertinelli for Huntress. Was driving me crazy thinking it was a trick question.

I got a three but should have gotten 4 because I accidentally click the wrong Batman damed answer. Either way still a sidekick. Definitely a fun challenge of a quiz.

Teen hero but I definitely guessed at some of the ones I got right. Not easy at all.

I’m a club leader as well and I got7. 8, including the question I submitted. So Teen Villain, pour moi.

8 better than I thought I’d do​