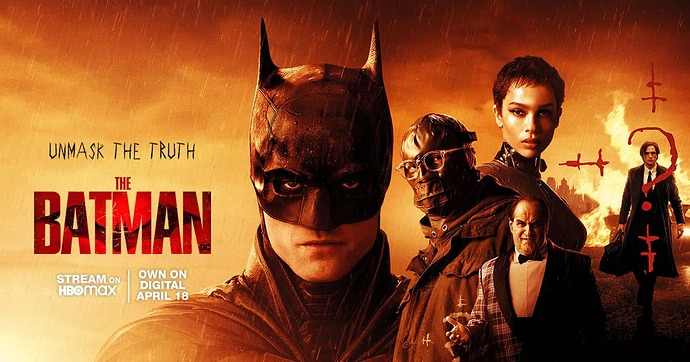 @JusticeLeagueBookClub, @WorldOfBatsBookClub and all other Batfans rejoice, for The Batman’s April 18th HBO Max debut is here!

If you’re willing to wait just a teeny-tiny bit longer however, you can join in for a Watch-Along of The Batman (where we watch the movie and chat about it right here) with your DCUI pals two days later, on April 20th.

Sounds like some riddle-solving, kitty cat-adoring, skull-cracking fun as only The Batman can provide, right? RIGHT!

Order in some Little Caesar’s pizza, add a question mark to your coffee, pet your kitties, give 'em treats, and…if you want to rock out at the Iceberg Lounge by doing your best Batusi before joining in? Go for it, sweetheart!

I look forward to seeing you here, Patt Bat fans!

Also, the below video is fresh from the official DC YouTube channel and highlights all manner of wicked-rad DC stuff on HBO Max, including our movie (which is quite choice I hope you can make it, good sir.

If work interferes, just say “I’m taking off early for a special event. Let Tibor handle the rest of my work, as he’s good for it.”

Tibor comes Homer-recommended and we all know his work ethic.

BTW, if you roll up in the Batmobile, can I joyride around in it?

I’ve heard so many great things about it, and since my local first run theater was shut down years ago, I haven’t had much chance of going out to the movies. I’ll try to make it.

Spoiler: The movie is really good.

A few days ago at church, a friend of mine ask me how many time I’ve seen The Batman, I told him I saw it just one time, he jokingly said, “I don’t believe you.”
I said when it comes on HBO Max, I will be watching it more then once.

And he said that’s better.
I told him I’m a fan of the Penguin, we both imitate Burgess Meredith, and I did a Colin Ferrell’s Penguin.

I told him I’m a fan of the Penguin, we both imitate Burgess Meredith, and I did a Colin Ferrell’s Penguin.

The sight of dueling Burgess Penguin impressions would make me smile.

SN: Do your CF Penguin on Friday, chief.

Depending on what time the watch along starts, I may or may not make it since I work kind of early, but I still intend on seeing the movie.

The start time is above, but for easy reference here, it begins at 5 PM Pacific/8 PM Eastern.

You’re welcome, and I hope to see you here.

Also, the grill and nacho bar will be installed next week (so as to be ready for the WAL festivities the week after), so bring your appetite, because steak (or whatever grilled grub floats your boat) and nachos pair beautifully with this movie.

Thought I’d bump this up for some good news! Apparently The Batman will be coming out a little earlier than expected, on the 18th! 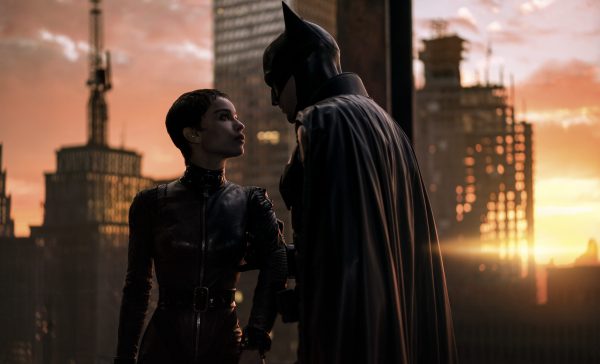 The Batman now has a solid premiere date on HBO Max. The Warner Brothers blockbuster will launch on the streaming service on Monday, April 18, and also will air on HBO on Satuday, April 23 at 8 PM …

So, uh…I’ll probably have already watched it again before this WAL. Sorry not sorry.

Nifty! Thank you for the newly-amended date.

No worries. I know I’ll be seeing it again, prior to the WAL.

At least the Batman and Penguin chase scene, that is.

Fresh from HBO Max’s YouTube channel to your eyeballs: Party up in this joint!

It’ll be great to have you join us!