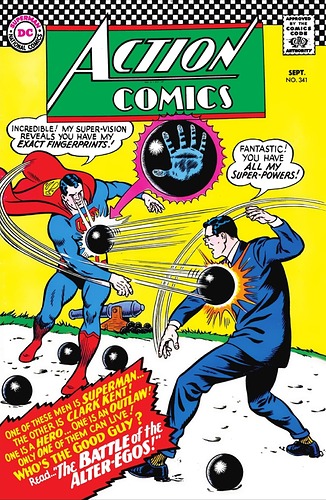 [Superman Fan Club] and Silver Age Superman and Family Fans at large, it’s time to TAKE ACTION (Comics that is)! 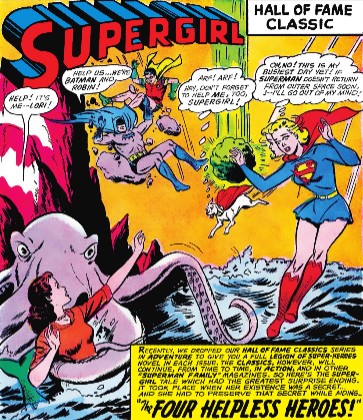 In other news, Supergirl tries to save 4 heroes at the same time. Can she really do it ??? (a Supergirl reprint from Action Comics #270 that is not digitized yet on DC Universe Infinite) 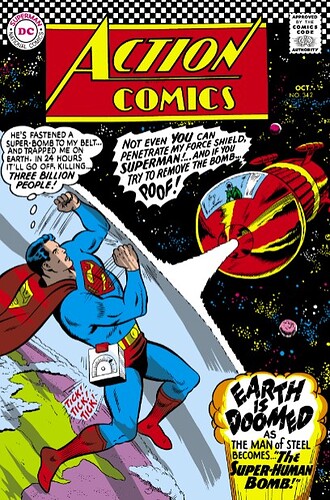 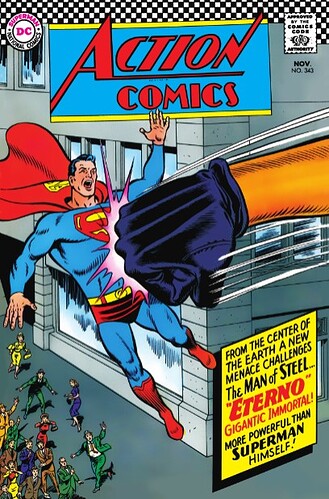 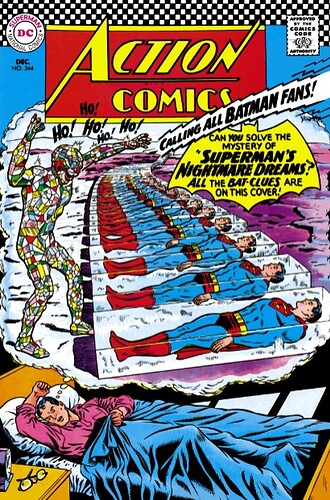 ACTION COMICS (1938-) #344 (December 1966) Action Comics (1938-) #344 Has this happened to you too? “SUPERMAN’S NIGHTMARE DREAMS!” After exposure to Red Kryptonite, Superman begins to have recurring dreams featuring Batman and Robin! 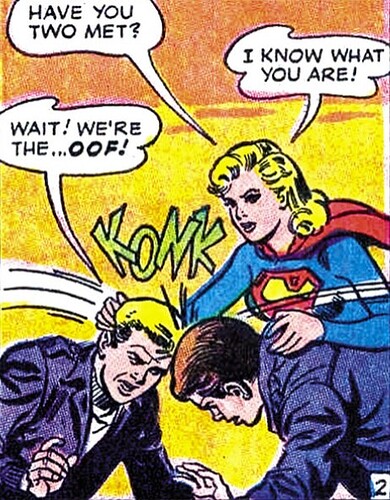 PLUS: Supergirl is a head banger before it was cool! 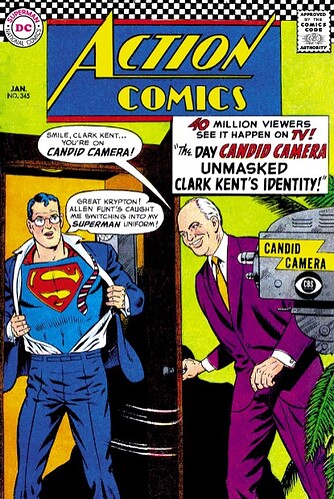 THE DAY CANDID CAMERA UNMASKED CLARK KENT’S IDENTITY!” Clark Kent is caught changing into Superman by a Candid Camera gag! Kids, Candid Camera was a TV show…in 1966-1967 and beyond!! 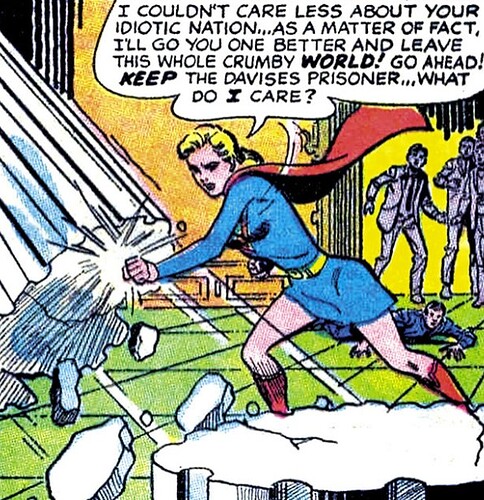 Then, the unbelievable. Nice gal Supergirl goes ALL INJUSTICE before it was…you know, cool!

And always remember, Up Up and Away!!!

Five in a row be still my beating heart

As hoped for, your Thursday comics delivery! 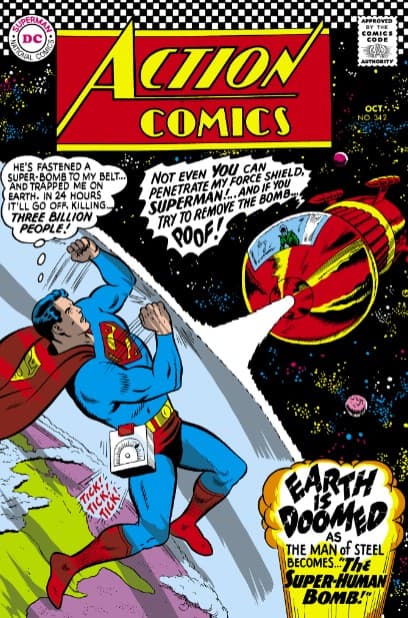 No love for this Batman Crossover with Silver Age Superman?