Welcome to Week 3 of a very special challenge / contest , reading one single issue a week (as they are digitally published that is) of THE SECRET SOCIETY OF SUPER-VILLAINS #1-14.

This time around: THE SECRET SOCIETY OF SUPER-VILLAINS #3, continuing with the history-making series started by Gerry Conway, then carried on by other writers like David Anthony Kraft, along with artist Pablo Marcos at this point…and the return of Darkseid and the New Gods / 4th World for the first time since Kirby left DC in the mid 70s! 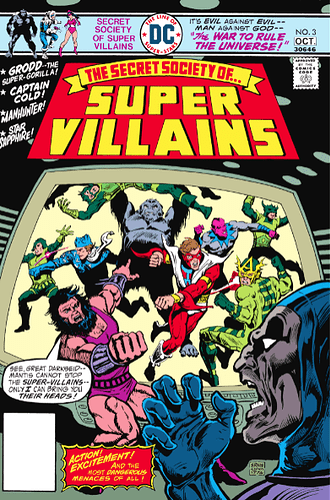 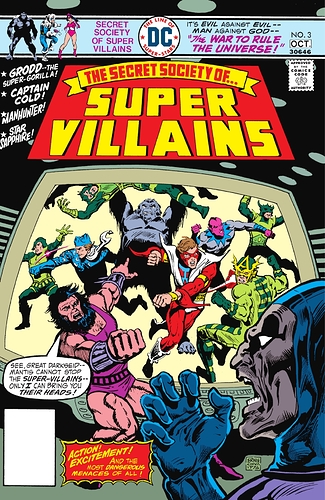 The Secret Society of Super-Villains #3

With their hidden leader revealed, the Secret Society faces their biggest battle yet! Don’t worry, dear reader-our fearsome band of fiends just might...

I read THE SECRET SOCIETY OF SUPER-VILLAINS #3

And here is the letters page from this issue from back in 1976. 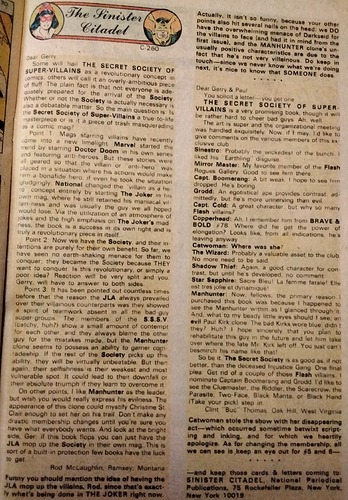 And be sure keep an eye out for our once a month first Thursday evening of the month Listen A Longs of the classic 1940’s Superman Radio Show adventures (in the Watchalong aisle). The next one is planned for Thursday October 6th!

Be sure to enjoy the neato flying cars again!

What did you think of Mantis having human lackeys in this series?

I liked that he made them dress up like him. 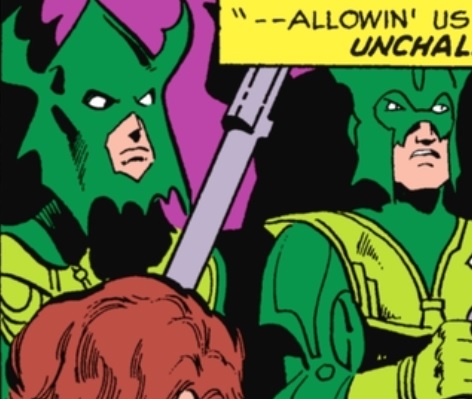 Seriously, though, if the question is about how I feel regarding humans serving the alien gods of Apokolips then I’m alright with it. Darkseid mentions that he’s always used Intergang as human agents. My personal theory is that Mantis’ henchmen are converts of Glorious Godfrey’s Justifier church (from Forever People #3). 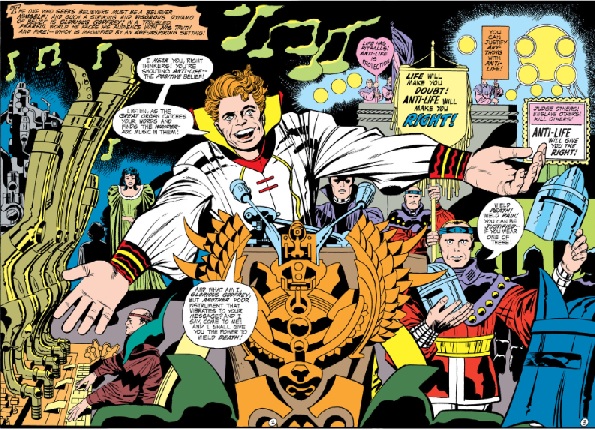 Something about the way they talked felt like religious zeal.

Did you find it convincing when the other Super Villains agreed to fight against Darkseid?

I found it convincing enough. Darkseid is the kind of tyrannical evil whose motives would get in the way of the ambitions of some of our villains. Darkseid is the master and anyone who serves under him is a thrall. I can’t see either Grodd or Star Sapphire bending the knee to him willingly. However, it’s a bit harder to justify with street level villains like Captain Cold, Captain Boomerang, Mirror Master, and Hi-Jack. They commit crime strictly for profit, so why risk your neck against some cosmic deity? That being said, you can’t steal things if there’s no Earth to steal them from and there’s that gang mentality of “you mess with one of us then you mess with all of us.” So, I was convinced enough.

I did like the fact that Sinestro and The Wizard were hesitant. That felt like a good touch to help with the convincing. Though, I will admit that this took me a second to understand: 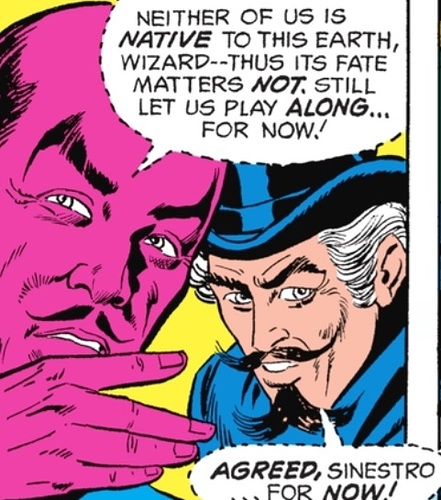 Wizard Not from Earth481×545 92.7 KB
I was like, “Wait… Wizard isn’t from Earth?” Eventually, my brain settled back into Pre-Crisis mode and I was like, “Ohhhh… Wizard is not from THIS Earth. He’s from Earth-2 and this is Earth-1… Right, right.”

How would you rate the big fight scene between the Super Villains and Mantis with his team?

The Secret Society’s opening volley in the final showdown gave me a good chuckle. Here we have Mantis who is an energy-parasite so powerful that he has held his own against the cosmic might of the Infinity Man, and the Secret Society hits him with… a boomerang and what seems to be a regular deck of cards: 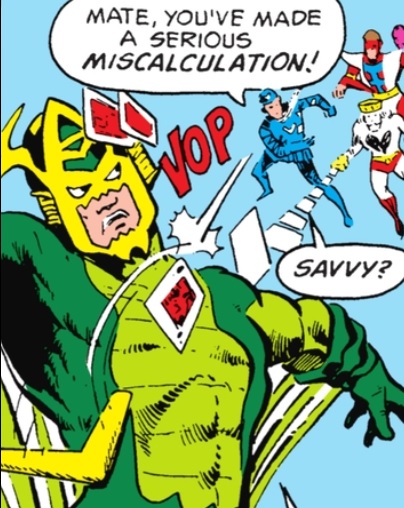 It was also funny in the first fight when Manhunter was begging everyone to attack him as a team only to say “to heck with it” and launch his own, individual attack against Mantis. All laughing aside, though, it was great that they were able to pull together and take him down as a team.

We can’t get Jack Kirby to draw it, so let’s get one of his inkers. Joe Sinnott? No the other guy, Vince Colletta. eeeep!

I think the villains would combine to fight Darkseid because if he takes over, there will be nothing to steal. Star Sapphire does have the right idea, let’s get one of the people who do it for free to show up. I wonder if they had Hal show up because his relaunch in Green Lantern #90 was happening at the time.

I also enjoyed the Sinestro/ Wizard cool kid cabal making sure they are on the winning side. The fight was all right, but in these villain books I’m always in it for the backstabbing and conniving.

Catwoman’s disappearance is explained in the letter column as “something happened between the scripting and the inking.”

The way they had Mantis’ henchmen dressing to look like him reminded me a lot of the villains on Batman 66.

It also took me a few moments to realize what they meant by the Wizard being from other world as well.

Wow could Kirby ever draw a pipe organ from another planet!

Now I have to go look up Green Lantern 90, thanks for pointing the relaunch out! 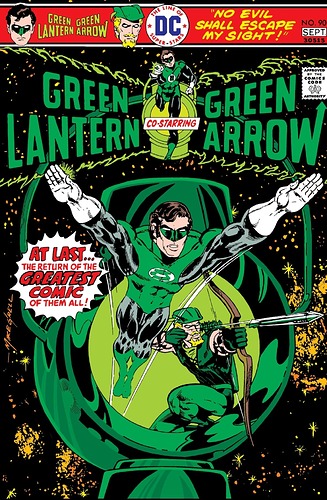 Green in the name heroes assemble! I just paged through it and I’m not sure this is Mike Grell’s best work, what do you think @TravisMorgan ? 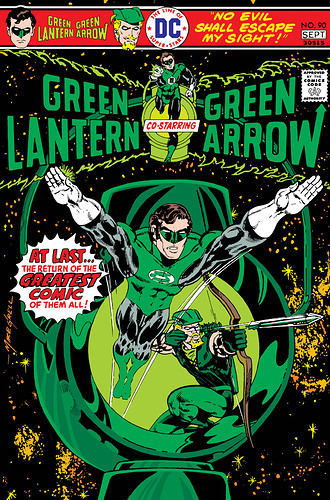 An alien on the run from pursuers—luckily Green Lantern and Green Arrow are there to assist! But their good deed may come back to haunt them when a dangerous...

And your mention of the Letters Page reminds me I forgot to post some pictures of all that this time around.

Wow, I guess everything was green back in the mid-70s! Just look at the back cover of this issue! 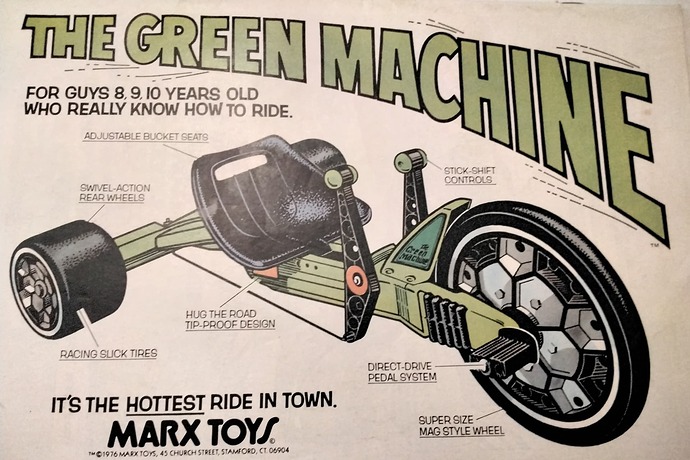 Also from this issue in the original comic: 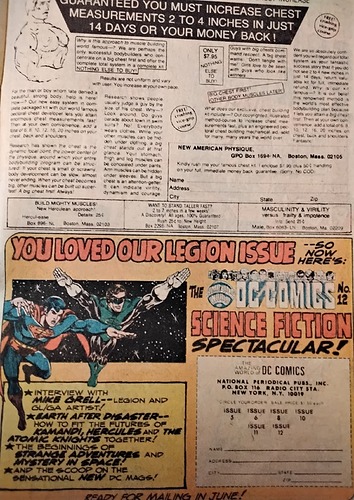 I really like Mike Grell’s earlier work. When he inks himself or is inked by anyone other than Vince Colletta his work shines. The early issues

Below is a page from GL/GA #93 inked by Terry Austin. The individual issue in DCUI and ComiXology is a scan from an original comic. 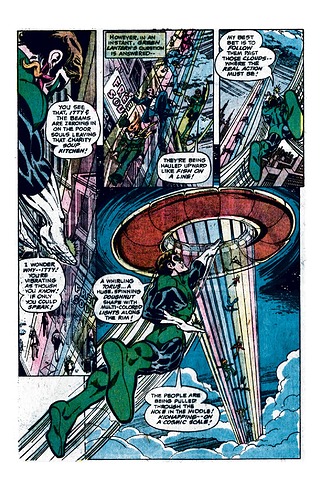 The same page from GL/GA: Space Traveling Heroes has been fully restored and looks beautiful. 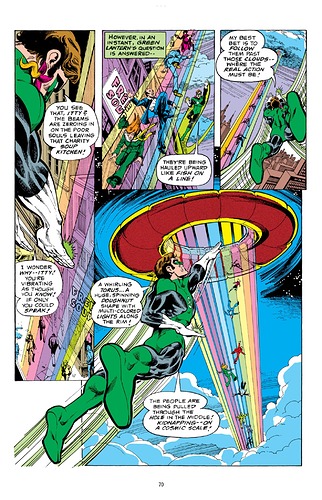 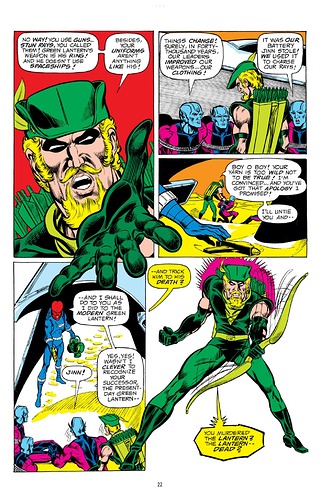 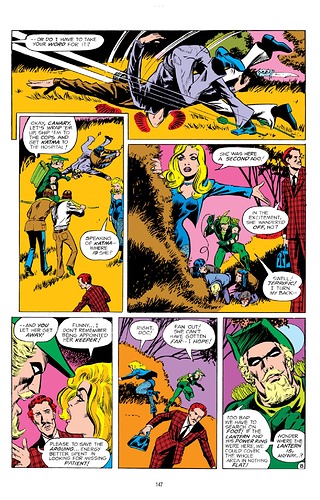 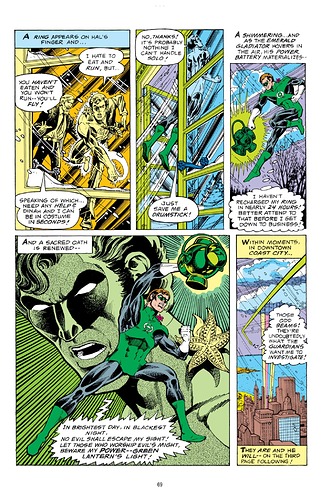 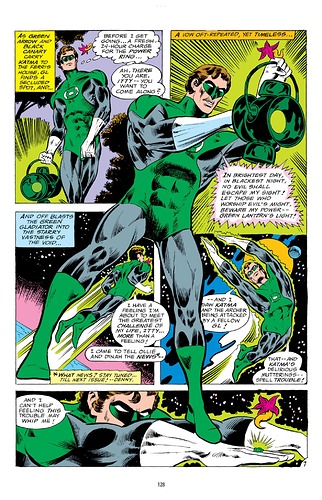 FWIW, This was the very first GL story I read and this cover is been emblazoned into my mind for decades.

This was one of my favorite series, it’s where I developed a liking for Captain Comet.

I think it was around then I had a letter published in a Spider-Man related comic.

And you can own it on a T-Shirt

Its apropos that a shirt featuring a green-themed, space-based hero was worn by a model who looks like he was a wee spaced-out on something green prior to the photo shoot.

Since Darkseid was a relatively new character at the time, the villains who were about to fight him very likely had no idea what they would be dealing with. In that respect, I did find it convincing.

I could see someone like Mantis having human lackeys if only to assert his power and prove what he can do. Of course, having such people willing to do your bidding is Villainy 101, certainly with the costumes they wear.

I was a tad disappointed we didn’t yet see Green Lantern do battle with Mantis, but there’s still plenty of time for that.

Interesting idea of having those two fight.

I remember six years ago or so there was some crossover between Green Lanterns and the New Gods.

That is amazing! I may have to get it, though I wonder how they chose that specific cover for a shirt.

Also, at the beginning of the issue, I loved that Darkseid had a JLA/LSH style duty monitor trained on specific members of his new society. Why wouldn’t he?

Great point to note, @Beniac-5 ! Darkseid’s use of those monitors is very interesting. I don’t think I’ve seen him do that since!

Be sure to check out the letters page and ad above at the top of the thread if you didn’t already.

We’ll be posting the new issue to review tomorrow; anyone else want to join in on the fun of reading and potentially commenting?