Welcome to Week 12 of a very special challenge / contest , reading one single issue a week (as they are digitally published that is) of THE SECRET SOCIETY OF SUPER-VILLAINS (1976) .

This time around: THE SECRET SOCIETY OF SUPER-VILLAINS #12, with Gerry Conway as writer (now freelancer), Mike Vosburg, Artist, and Bob McLeod, inks! 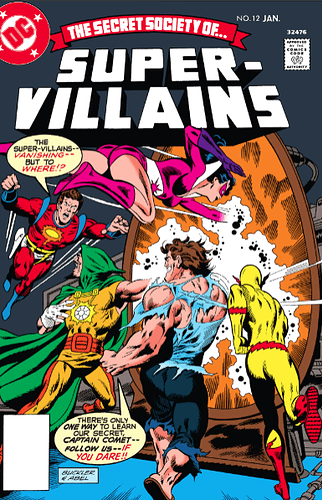 (click the blur below to go to the comic)

The Secret Society of Super Villains #12

I read THE SECRET SOCIETY OF SUPER-VILLAINS #12

And, since it looks like we only get to do this particular challenge one more time in the near future, once again, here are some favorite pages from this issue that do not appear in the DC Universe Infinite digitized version: 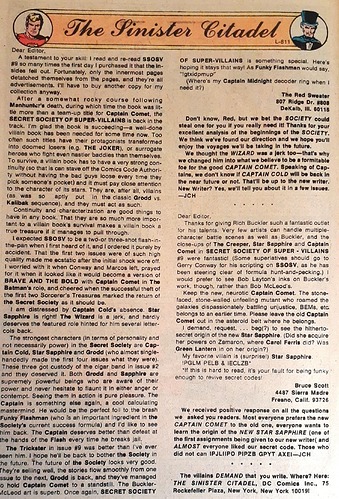 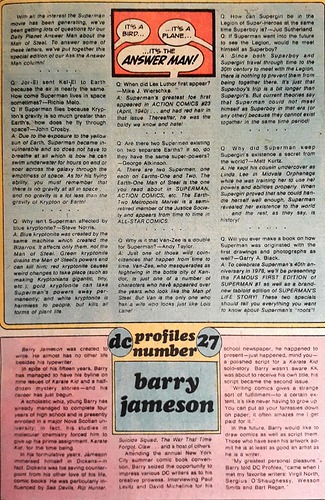 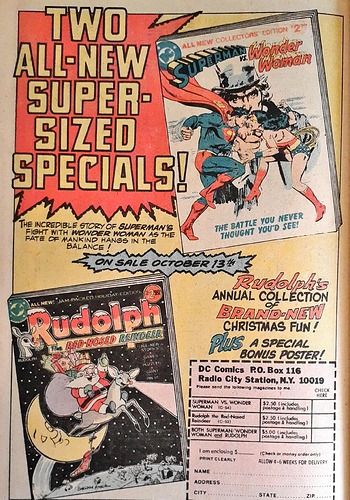 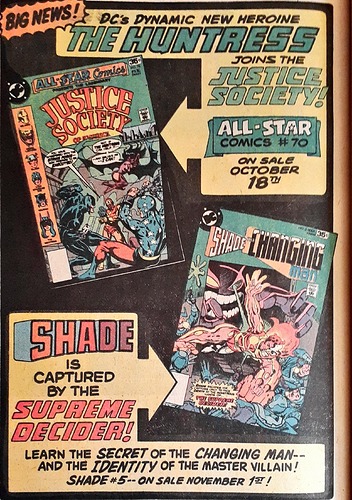 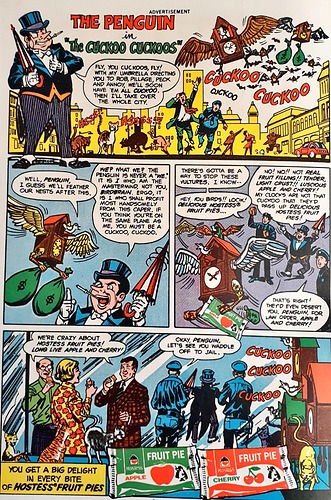 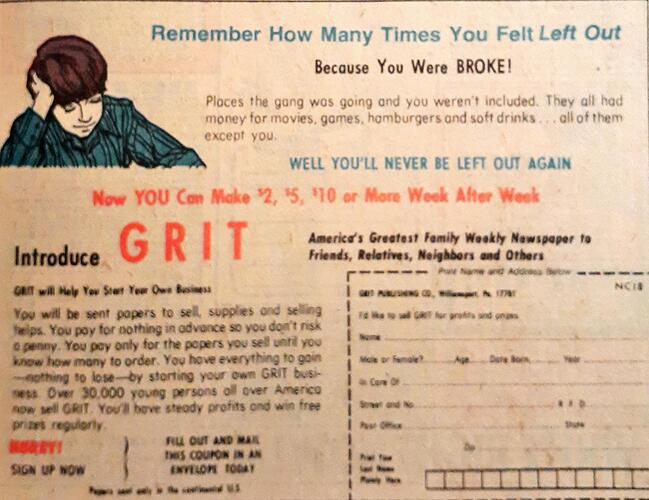 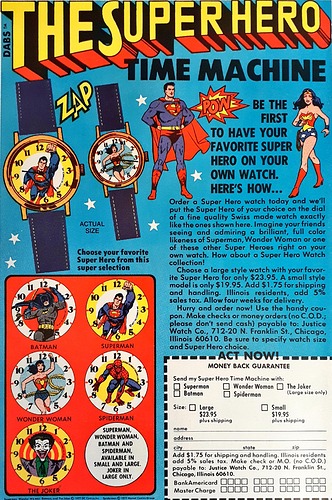 And be sure keep an eye out for our once a month first Thursday evening of the month Listen A Long of the classic 1940’s Superman Radio Show adventures (in the Watchalong aisle). The next one is planned for Thursday December 1st (but I will alert all if we have to move it to the following Thursday)!

Only one more issue for now?

NOTE #2: Speaking of Earth Two, Captain Comet debuted in Strange Adventures #9 in May 1951, just five months after the JSA’s last case in All-Star #57.

Oo oo we’ll have to read that one after issue 13 next week! 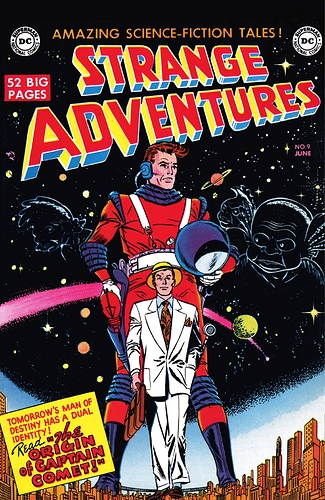 CAPTAIN COMET DEBUTS! Don’t miss the sensational origin of one of DC’s first science fiction heroes, born 100,000 years ahead of his time. In our following...

I remember Mike Vosburg for his Starfire series art that has not been digitized yet.

Is this a brave new exciting era for the Secret Society of Super-Villains for you? Why or why not?

I guess it’s kind of cool that they’re going to Earth-Two, but, then again, this all kind of feels like the plot of “Crisis on Earth-One” and “Crisis on Earth-Two” from Justice League of America #21-22. The whole let’s take villains from one Earth to defeat the heroes of another scheme didn’t really work out to well the last time around. I think this is just another doomed era for the Secret Society.

Is this your favorite line up yet for the team? Any idea why? If not, which one was (and why)?

I was kind of excited for the Sinestro/Bizarro/Poison Ivy line-up that we didn’t get to see. Those are A-list villains! This line-up isn’t too shabby, though. Reverse-Flash is definitely an A-lister, Plant Master has always been interesting, and Blockbuster provides the sheer might. This is definitely better than the team of Captains, anyway.

I have an on and off interest in professional wrestling. In pro wrestling, there’s this concept called “protecting your stars.” This means that, if you want a wrestler to be popular then you have to make sure they don’t lose very often. This makes that wrestler “look strong” so the fans will believe that they can be a contender or a champion. If this were professional wrestling, Captain Comet would not be a contender. He has not been “protected” in this series. Luckily, this is not professional wrestling and Comet’s defeats are down to extending the drama within the plot. That being said, he could use a good win to remain a credible hero and threat to the Secret Society.

What would you say makes the artist Mike Vosburg stand out from the crowd of 1970s comic book artists? Any other favorite series of yours that he was the main artist for in the Bronze Age or elsewhen?

I’m not really all that familiar with Mike Vosburg which is too bad because his art is very, very good in this issue. He’s probably the best artist this series has had yet! It has more of a Bronze Age Neal Adams-vibe rather than a trying to rip-off Jack Kirby kind of vibe. I gave him a google search and saw that he did work on She-Hulk and for Valiant comics, so I likely ran into his art before from one of those two sources. Hope he sticks around for what’s left!

Any cool cars of any type this time around?

Does a Trans-Spacial Transponder count? 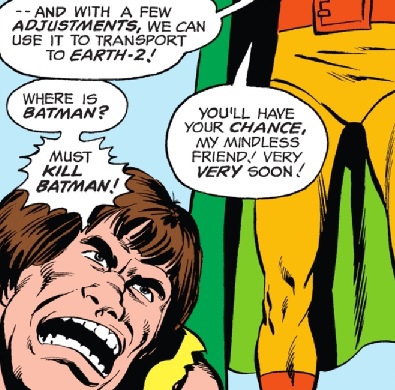 Not that this is surprising, but Wizard is straight-up lying to Blockbuster here. If they’re going to Earth-Two then Blockbuster won’t get his chance to kill Batman. At this point on Earth-Two, Batman is basically retired and Bruce Wayne is police commissioner in Gotham. Blockbuster may not even see Batman. This is poor management from Wizard and I’m thinking Blockbuster will be filing a report with Secret Society HR soon.

I agree about the Wizard and HR in this issue! The Wizard here is a perfect example of someone promoted to management who should never ever be in management lol.

It looks like everyone agrees at this point with my personal choice of favorite SSOSV team, the one we never got to see digitized yet with Bizarro Superman!! Wouldn’t it have been fun to have Bizarro Superman and Blockbuster on the same team? The dialogue would have been sizzling!

Somehow the super villain team of Captains had disappeared from my memory mysteriously, but thanks for reminding me of that terrible combination, I should have also asked for the least favorite team up LOL.

I’ll take the Trans-Spacial Transponder as a vehicle if only because the remote control kind of reminds me of the ones we used to use as a kid for electric race track slot car racing.

I agree, the flying cuckoo clock in the Hostess ad would have been a fine addition to the main storyline!!!

In fact, the Teen Titans had broken up and their comic cancelled two months earlier.

At this point on Earth-Two, Batman is basically retired and Bruce Wayne is police commissioner in Gotham. Blockbuster may not even see Batman.

In another reality Levitz and Conway coordinate their stories and Blockbuster winds up killing the Batman of Earth Two rather than some unknown random thug.

In fact, the Teen Titans had broken up and their comic cancelled two months earlier.

I was just going off of cover dates in DCUI. That dates the last Teen Titans issue of that era (#53) as Feb., 1978. That would put their disbanding a month after this Secret Society issue. Jan., 1978 was a gap month for Teen Titans and thought this “bad information” could be a reference to that which would be cool.

In another reality Levitz and Conway coordinate their stories and Blockbuster winds up killing the Batman of Earth Two rather than some unknown random thug.

Blockbuster would’ve been a better candidate to kill Earth-Two’s Batman than Bill Jensen.

In retrospect, recruiting Blockbuster for this mission may not have been a good idea.

Agreed! Apparently the wizard was really drawn by Blockbuster’s hatred of Batman.

I have to keep reminding myself that the name for the villain Blockbuster was before the Blockbuster video stores LOL.

Blockbuster might be dangerous, but he sure gives you a fair deal on video rentals.

I don’t own all the Silver and Bronze age Superman and Family comics by any stretch, so if anybody else can take pictures of and contribute what the letters pages and ads look like for whatever we happen to be reading that week going forward where they may own one or two of these issues, please do.

I have what I can honestly call a smattering of the Silver and Bronze age Superman, more Bronze and Silver LOL.

And I’ve been very focused the past 3 or 4 years on purchasing issues that are not digitized yet for my samples, so I guess that’s not too helpful here.

But fortunately I do happen to own a fairly complete run of Secret Society of Super-Villains except for the Special that I wasn’t aware of.

Currently, I only own two issues of Superman Family: #200 and 222. If you need the letter pages and ads, I can scan them.

I’m on my third comic collection. One was lost in a house fire. One was sold during a rough patch. I miss all my Silver and Bronze age issues from those collections. I had some milestones… 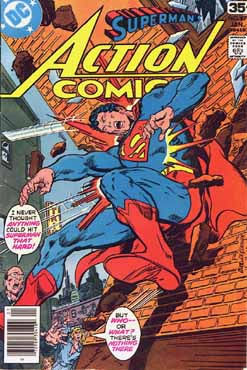 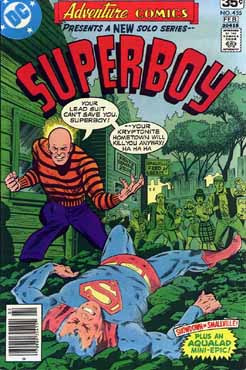 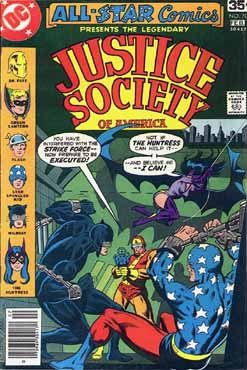 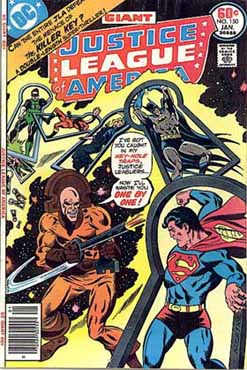 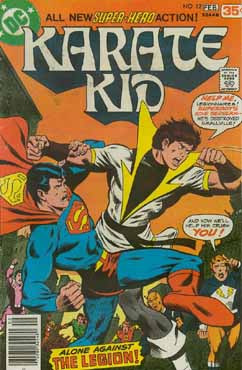 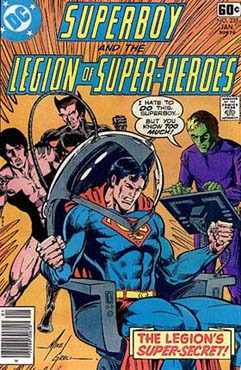 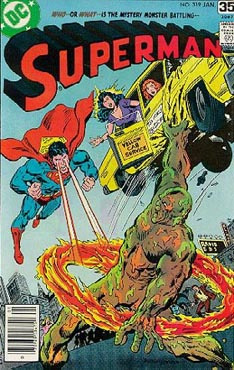 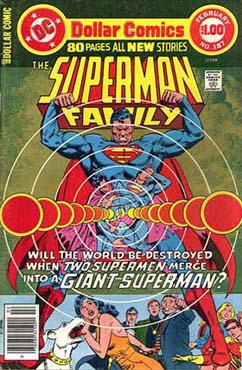