Welcome to Week 11 of a very special challenge / contest , reading one single issue a week (as they are digitally published that is) of THE SECRET SOCIETY OF SUPER-VILLAINS (1976) .

This time around: THE SECRET SOCIETY OF SUPER-VILLAINS #11, with Gerry Conway as writer (now freelancer) and Mike Vosburg, artist with Joe Orlando, inks! The new improved Wizard awaits! 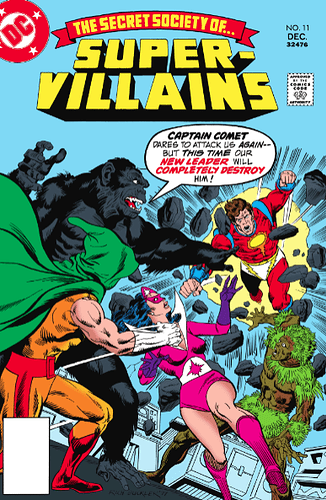 (click the blur below to go to the comic)

The Secret Society of Super Villains #11

The previous chapter to this “denouement” story is in Super Team Family #14 and here are some fun panels from the issue as it is not yet digitized on DC Universe Infinite (beyond what is shown in this comic that is)!!

I read THE SECRET SOCIETY OF SUPER-VILLAINS #11

Now it’s time to post more images from Super Team Family #14 that occurred just before this issue, but sadly are not digitized yet. 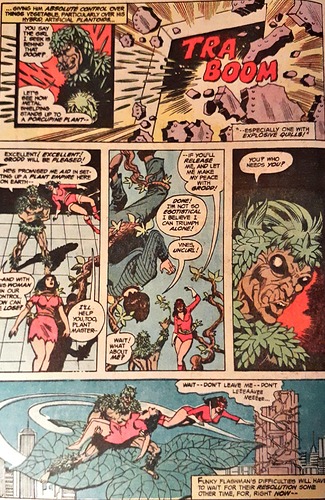 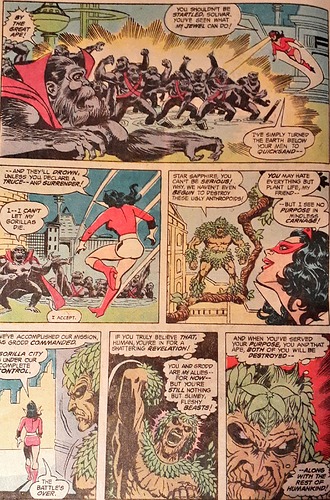 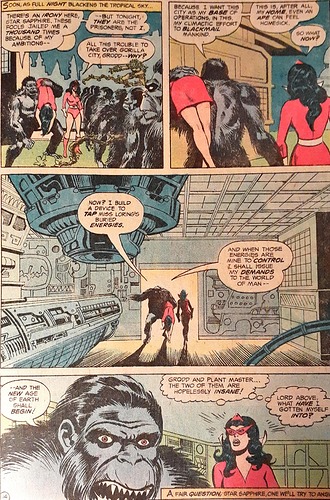 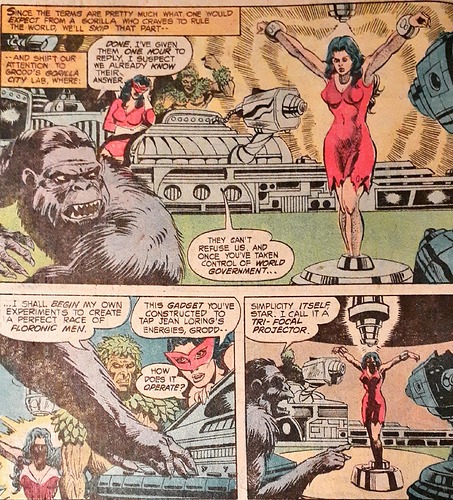 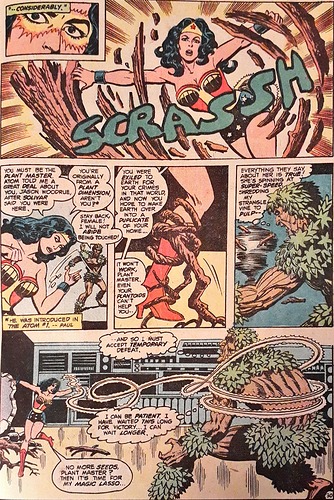 And be sure keep an eye out for our once a month first Thursday evening of the month Listen A Long of the classic 1940’s Superman Radio Show adventures (in the Watchalong aisle). The next one is planned for Thursday November 3rd!

Wizard, love the new look! That is you, right Wizard?

NOTE #2: In the letter column they are running a popularity poll for a villain to guest star in SSOSV. To no one’s surprise, the Joker is leading. 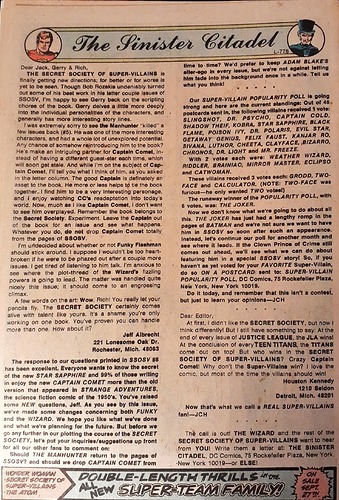 I also saw this interesting offer in the same comic as well as in Super Team Family #14: 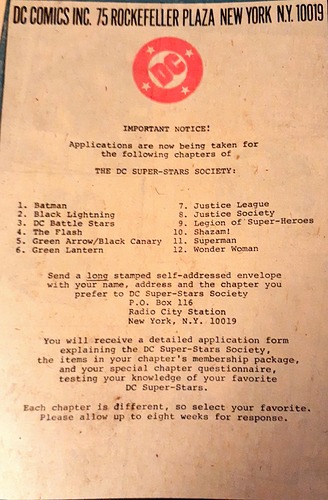 I’m planning to check the web to see if anyone’s selling what these kits looked like.

It’s becoming obvious who Captain Comet’s girl friend is, but why doesn’t she have a French accent?

Well, this woman is obviously very good at maintaining multiple identities. Maybe she’s just a great actress? Maybe it’s like with Pre-Crisis Supes and she just picks up and drops new secret identities at will? Maybe she was never really French at all…

Do you feel she is really head over heels for the good Captain or is she up to no good?

I could be wrong, but I kind of do believe her feelings are genuine. The good Captain is a nice guy. That could be refreshing to a woman who has only known cads and super-villains. It also probably doesn’t hurt that he’s well-built.

How satisfied are you with how the “mystery benefactor” storyline played out to a conclusion this issue?

If that is the conclusion then I’m not very satisfied. I mean, yes, it makes sense that the Wizard would want the sorcerer’s treasures to restore his fading powers, and that does actually fit the ongoing narrative. However, he’s not the most exciting answer to the “mystery benefactor” question, is he?

What exactly is the Floronic Man / Jason Woodrue up to here, and does his quest continue elsewhere in the vast DC Bronze Age landscape?

Young Jason is on a quest to save the planet by turning everyone into plant people! The first time I ran into him as a character was in Alan Moore’s Swamp Thing, so I’ll say that’s where he pops up next. In a more recent comics, Jason has actually changed his mission and philosophy…

Thanks for the intriguing direction on the Plant Man / Jason Woodrow / the Floronic Man, @TheCosmicMoth !

One other slight let down for me on the conclusion of this particular storyline is that we had that wonderful set of new villains at the end of issue 10 that I was looking forward to reading the story of, but they were only featured together in the DC Special Series #6 issue that we don’t have digitized yet.

My assumption is that because it was a Special that it might be available when they’re done digitizing the rest of the SSOSV issues in the next month or so.

If they don’t I suppose I’ll have to go find that issue as well LOL.

One other slight let down for me on the conclusion of this particular storyline is that we had that wonderful set of new villains at the end of issue 10 that I was looking forward to reading the story of, but they were only featured together in the DC Special Series #6 issue that we don’t have digitized yet.

Yeah, I was going to say that we were teased with Bizarro and Ivy, but we got no Bizarro and Ivy… Hopefully it is digitized or it’s easy for you to find, LOL! 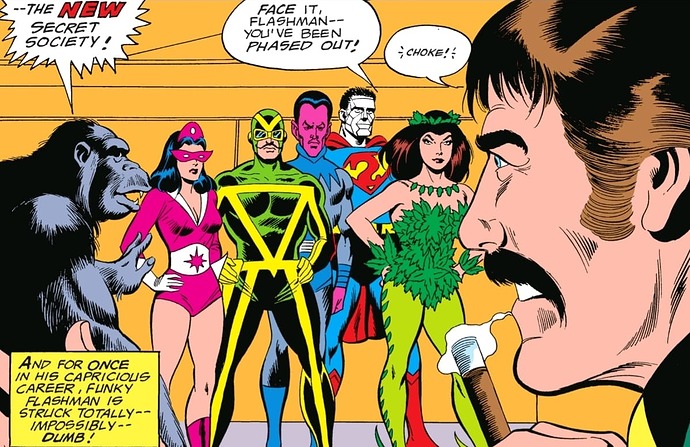 I guess the next step in the storyline from this “class photo” is actually pretty brutal, but still I’m curious to read it.

I was wondering where Poison Ivy was. I thought I had missed an issue for a moment.

If they don’t I suppose I’ll have to go find that issue as well LOL.