Challenge of the Superfans Season 2 Week 5

Welcome to Week 5 of Season 2 of a very special challenge / contest , reading one single issue a week from the currently- digitized DC Universe Infinite collection of Silver and Bronze Age Superman and Family comic over a three month timeframe! 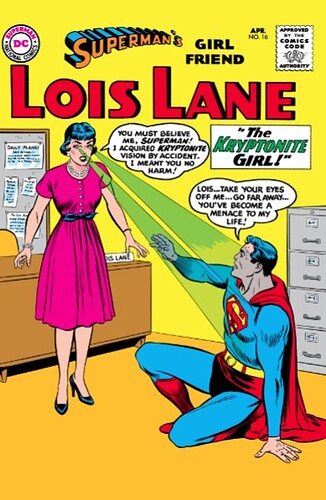 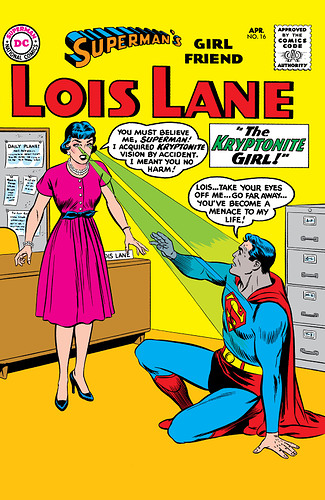 Superman gives Lois a signal watch, and she drives him crazy calling about stupid things.

Fun stories. Superman was very harsh toward Lois, calling her an idiot and a pest. I liked the little comic in between that explained the slang.

I like how they give some depth to Lois’s character. She’s almost like an antihero in these stories.

Superman does come off as quite borish and mean I agree.

Jimmy gets a comic, then Lois gets one. He gets a signal watch, now she gets one. Superman should have just stuck with his first instinct. Lucy’s signal watch story is in Jimmy Olsen #37. I’m with Superman on this one, she is being a pest and it’s lucky her “crying wolf” didn’t kill her. Jerry Siegel writes this “women… can’t understand 'em” story.

Robert Bernstein writes this clever little mystery tale. Here Lois gets to figure out the mystery and doesn’t even need help from meddling kids and their dog. Daily Planet’s sales must have been down for Perry to send Lois and Clark off to get a sensational celebrity story. Since its Superman, we know the butler didn’t do it.

Jerry Siegel returns for the finale where Superman has to come up with another idea to keep Lois from learning his secret identity. As usual, she walks right into it and the plan works. Nice to know she can have a backup career teaching English to others. Just as long as she doesn’t try teaching them to spell.

Thanks again Captain, your facts and observations again much appreciated!

I just noticed oddly they don’t show the price of the comic on this digitized version’s cover. I guess that’s so if you buy it on Comixology you don’t demand to get it for a dime. 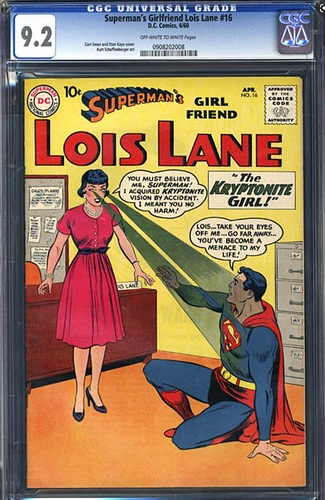 Speaking of CGC, I had the worst experience with that group. I sort of understand why they exist so I went ahead and sent three what I thought were rare comics to them in decent shape through one of the comic dealers I buy from.

One year later I got them back. They are all rated like four or maybe five. And the worst part was they were vacuum sealed so I couldn’t look at them anymore lol.