Challenge of the Superfans Season 2 Week 4

Welcome to Week 4 of Season 2 of a very special challenge / contest , reading one single issue a week from the currently- digitized DC Universe Infinite collection of Silver and Bronze Age Superman and Family comic over a three month timeframe! 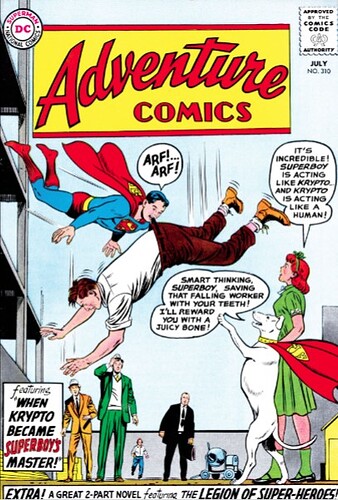 Just the third story in the back of the comic for this club, “When Krypto Became Superboy’s Master!”

Any idea why this last story wasn’t colored? It was a mildly amusing story, typical of what I remember for Superboy stories back then.

To see it in color, there are definitely places you can find on the web for that.

Did anyone else notice that Professor Lang was called Professor Kent several times in the second story? I also didn’t mind the story being in in black and white. It actually looks pretty good that way.

I really enjoyed the Legion opener. We have had Brainiac 5, now Mxyzptlk V, I wonder what Terra Man 5 is going to look like.

The Superboy feature is written by George Kashdan and drawn by George Papp. How often does a superhero try to protect someone from charges of academic fraud so they can get a promotion? I love that now Krypto is in charge, he’s going to milk it to the last drop. The faces they put on him like a stern 1950s dad are just great. Yes, they’re running a scam, but it’s enjoyable.

Lots to cogitate about concerning Adventure Comics (1938-) #310. Like, how nature everyone is acting at the university when several professors gather round in a room…and Superboy AND Krypto AND Professor Lang’s teen age daughter are all hanging around like they should be there. 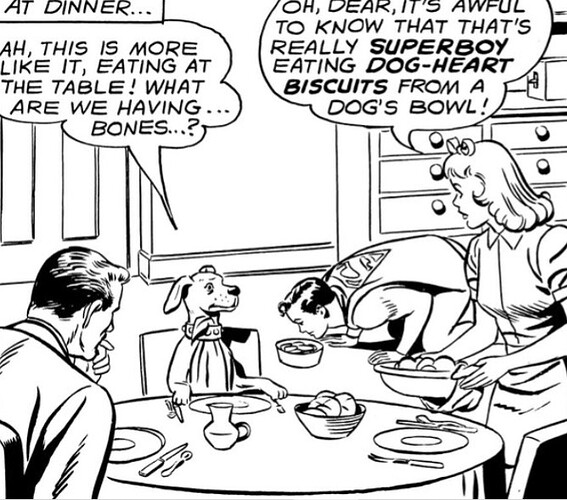 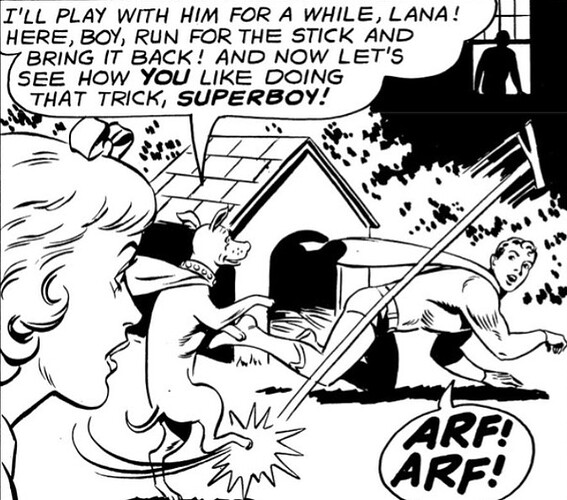 @RexRebel For some reason I thought you read this one?

I missed this one, but will read it now, and comment shortly.

As to the masked man, it was impressive seeing him crush the legion, and I did like the scene with all the lightning early on when the first Legionaires died, reminiscent of lighting lad being brought back to life. I enjoyed the way SB tricked the masked man, a bit ingenious compared to the normal ways to get him to say their name. As to The Krypto/SB swap it was an enjoyable tale, and well done, and I do wonder why it was black and white though.

Thanks for the note.