Legitimately the best episode so far. Jake Austin Taylor is the MVP with such a great performance and by far the best character redemption I’ve seen on a DC show, and it was really heartbreaking to see his death.
Also, huge cliffhanger with the email to Star Man! Every episode is better than the last and I feel like the show almost benefits from its corny and campy nature. It has a real golden age comic book cheesiness to it that just makes it even more delightful

Can’t find anything on him. Sure it’s his brother?

Also, I hope Henry isn’t dead. It seems to fast. Maybe he used a bubble around him when it fell. Why’d he have to be the hero, I liked his character

I’m not sure Henry is dead. If he is, it was a sad scene, but I’m okay with it. The cast is very bloated and we have had so many episodes focusing on other characters that we need some more time with Stargirl in this show called Stargirl. We also don’t really know the ISA that well besides maybe Jordan and Brainwave.

I don’t really understand Brainwave’s logic. He wants to control humanity because they’re “bad”? But he’s fine offing his son and wife? Very contradictory, but the fight with Henry was pretty good.

Jordan’s parents creep me out, like they’re scoping out Barb to be their new daughter-in-law or something

I don’t even know where to begin with my reaction.

To begin, I was partially spoiled by a YouTube clip headline. Didn’t watch it but was expecting based off headline that Henry killed his dad or something.

Ultimately I love this episode and it deserves an reward. There are not many times I cry at the end of an episode of tv anymore and when I do it means they blew me away. Can’t wait for next week.

I think Joey Zarick is alive

Merry, Girl of 1000 Gimmicks revealed as Brainwave’s wife and Henry Jr’s mom like in comics! 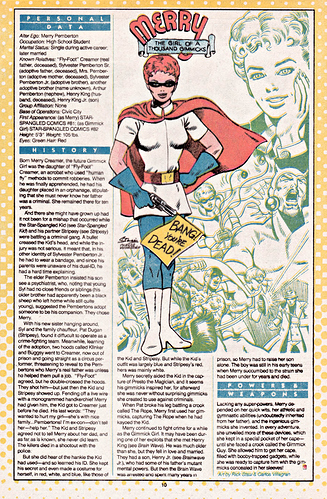 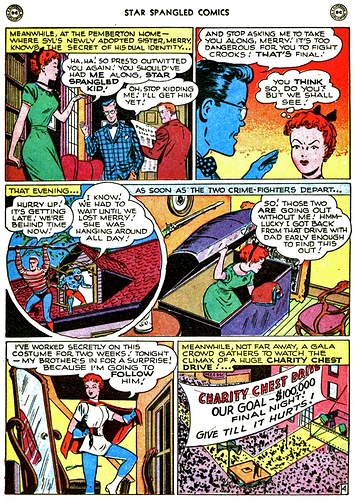 So his mom is a superhero?

I hope mike gets the pink pen

i love this episode its great

I was really hoping Sam Kurtis was a red herring but it seems more and more it is not. I know how it goes in the comics but I was hoping her father would be revealed as David Knight and we would meet Uncle Jack when he comes to say hi. I’m just scratching my head as to why the staff reacts to her if she has no connection to the Knight family.

Speaking of the staff the only issue I have with the show is the sentient nature of the staff. This episode more than any other really highlights how bizarre it is. I assume they’re going with an alien route but part of me would like to think that maybe someone’s consciousness is trapped it inside it (like maybe Ted Knight)…

Either the staff is an alien artifact or Ted knights conscious is in it that staff did a dum thing in this episode it went after brainwave and icicle two villains who can stop the staff. But overall this episode was the best in the series

What another heavy episode loaded with all kinds of good things to take away from it.

Always good to hear Ain’t No Mountain High Enough as that was a fun way to take a look back on Pat and Barbara’s relationship beginnings. Seems like with Barbara also secretly recording Jordan’s family I think that her, Pat, Mike, and Courtney will all be okay as a family.

Interesting to learn about Henry Jr.'s mom being the girl of 1000 gimmicks and that fake out in thinking it was Icicle that killed her at first…

A lot of good fight scenes between Jr., Courtney, and Yolanda versus Dragon Snap… I mean… Dragon King and his many acolytes.

Rick versus Grundy will be a lot of fun as I’m sure we will hopefully get some sort of match between them this season.

And I also thought Joey’s demise was rough enough… This episode said hold those banana splits!

Also very interesting with that email that Barbara also received… Now the question is, will they go in a direction Stars and S.T.R.I.P.E. went, or also do another twist?

Looking forward to finding out either way next week!

Such an Amazing Episode and Henry got his redemption with Yolanda.

CAE, I mean, HENRY!!!
Best episode so far. The previous episodes all felt like they were on the same level, but this episode is just an overall step up.

I didn’t think Henry would be my favourite character but he is. Over the last few episodes, he was the most interesting person to watch.

The new JSA haven’t really been taking the ISA as seriously as they should have so I thought one of them would die in order for the rest to really take this seriously but I didn’t expect it like this,
I’m not 100% certain that Brainwave killed his wave just because Ido could have done something to him like altering memories to make him more loyal to the ISA.

I am becoming more curious about this version of the cosmic rod. When I think about it I think the best comparison for it is Aaron’s Mjolnir from when Jane Foster was Thor.