You know, I’d figured you use that Limbo Rescue.

Klarion the Witch Boy
The question

Klarion the Witch Boy
The question

Klarion the Witch Boy found his lost familiar with the help of Stephanie Brown, whose best friend is Cassandra Cain, who inherited her Batgirl costume from Helena Bertinelli, who dated The Question.

Evey Hammond was mentored by V, who modeled himself on Guy Fawkes, who is seen in Hell in DC Special Series #8 with Hitler, who commanded the Nazis amalgamated into the demon Mawzir, who was an enemy of Tommy Monaghan, who fought Scarback the dinosaur.

the archetype of Superman, whose enemy is Mr. Mxyzptlk.

They are CHUMS, I say.
You can no longer consider them akin to frenemies.
I mean, they are going to end up related, even! 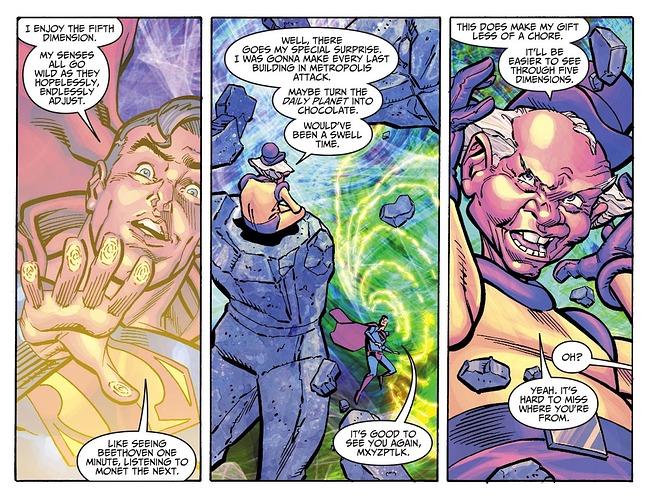